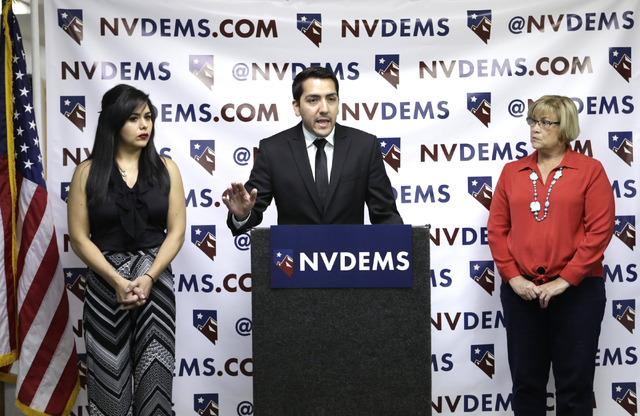 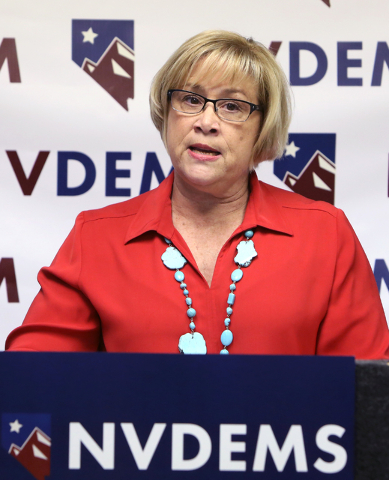 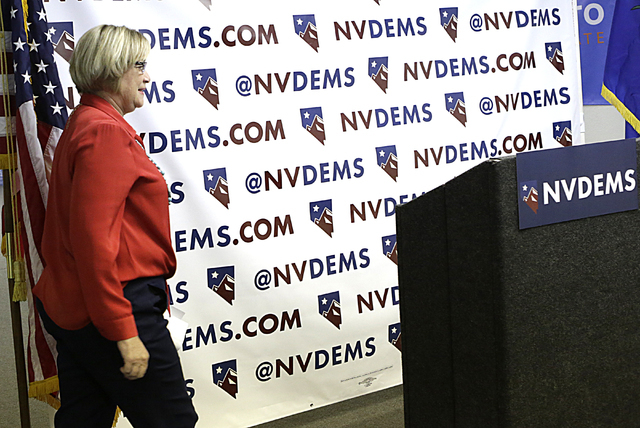 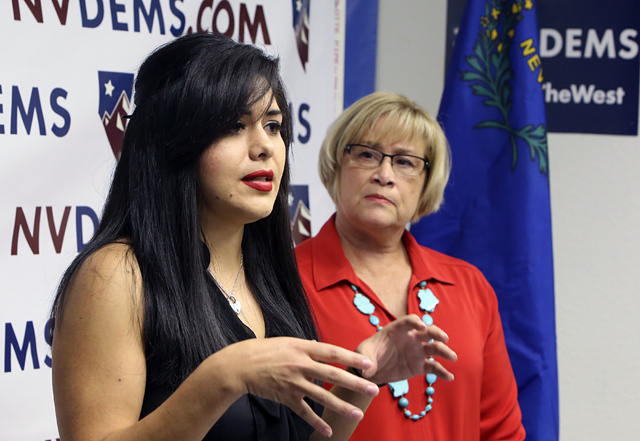 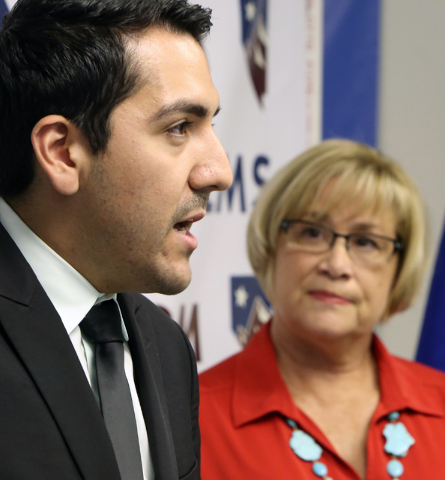 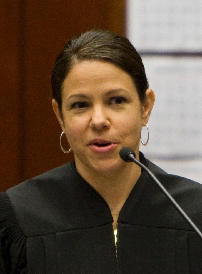 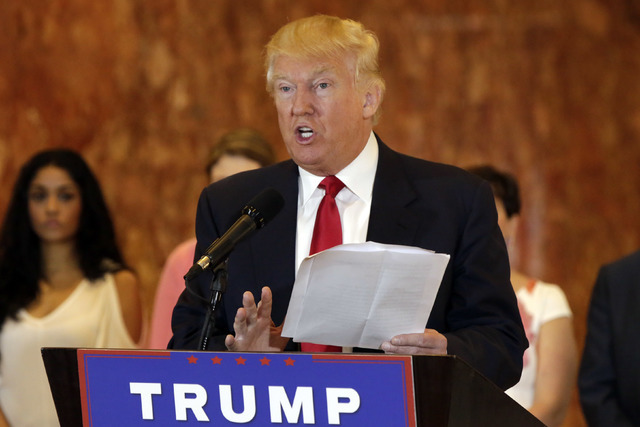 Republican presidential candidate Donald Trump reads from a list of donations to veteran's groups, during a news conference in New York, Tuesday, May 31, 2016. (Richard Drew/AP)

Nevada Democratic leaders on Monday blasted Donald Trump for comments the Republican made about a federal judge’s heritage in a CNN interview that aired over the weekend.

Nevada Democratic Chair Roberta Lange said at a news conference at the party’s headquarters on Dean Martin Drive that Trump “exposed himself as a shameless racist” in the interview.

In the interview with CNN anchor Jake Tapper on Friday, the presumptive GOP nominee said Curiel had given him “very unfair rulings” and said his ethnicity could be the reason.

Curiel was born and raised in Indiana. His parents immigrated to the United States from Mexico.

“Trump’s ignorant criticism is no longer just directed at undocumented immigrants,” state Assemblyman Nelson Araujo, D-Las Vegas, said at the news conference. “He’s talking about tens of millions of people born in this country who happen to be Latino, and who happen to have Latino last names.”

Lange went on to call out the state’s top Republicans for endorsing Trump.

“The comments made about Judge Curiel are completely inappropriate. They in no way represent my views, and are far below where I believe our political discourse should be,” Hardy said in an emailed statement.

“He is wrong and owes Judge Curiel an apology,” Heck said in an emailed statement.

Tarkanian said he hasn’t heard the remarks, but he firmly supports Trump regardless of what was said.

Roberson did not respond to phone calls or emails Monday afternoon.

Araujo said elected officials who support Trump should be held accountable, and he called for them to disavow Trump “if they truly support the Latino community.”

“These kind of bigoted attacks on our community are what a Trump presidency would mean for Latinos.”