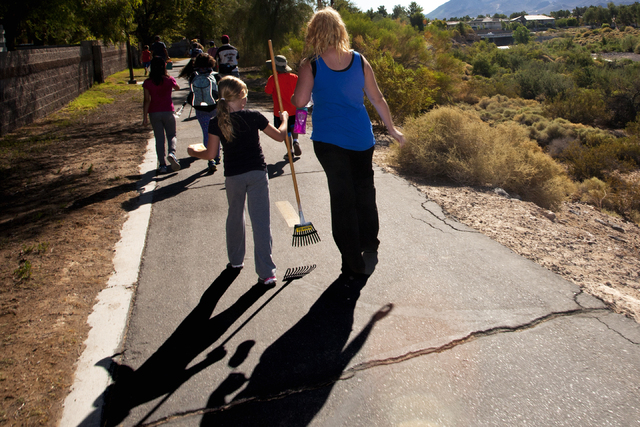 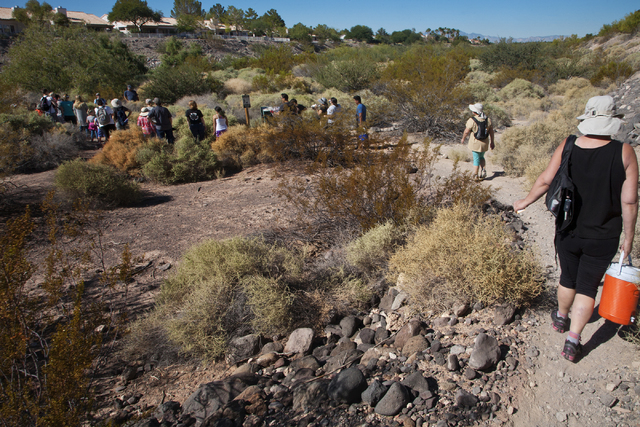 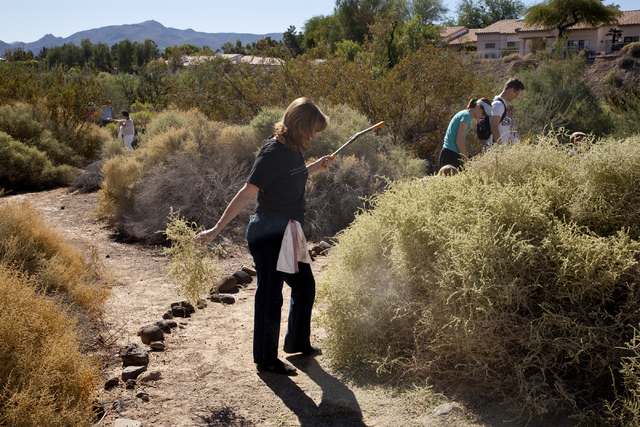 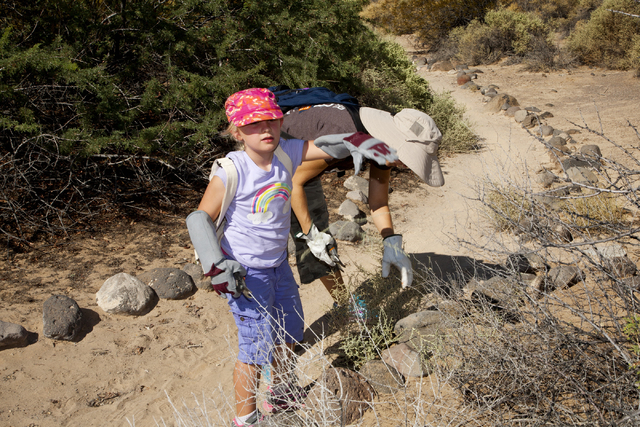 Eleanor Stender, 7, who wishes to become a Master Gardener, and her mother, Melinda Stender, clear walking paths at the Pittman Wash area in Henderson Sept. 24. Eleanor is enrolled in the Junior Master Gardner program. Jeferson Applegate/View 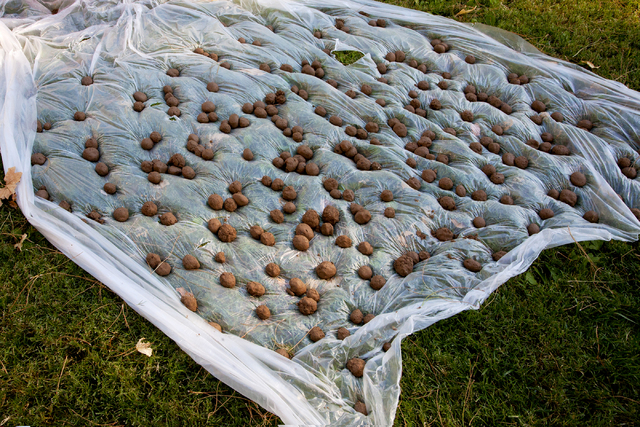 Seed balls made by volunteers from Project GREEN: Friends of the Pittman Wash are seen during a cleanup day Sept. 24. Jeferson Applegate/View 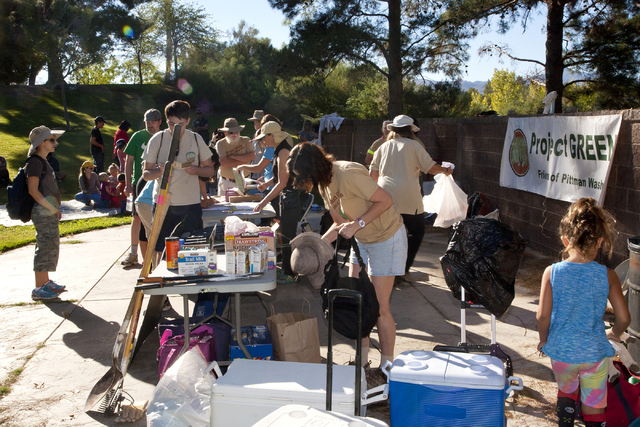 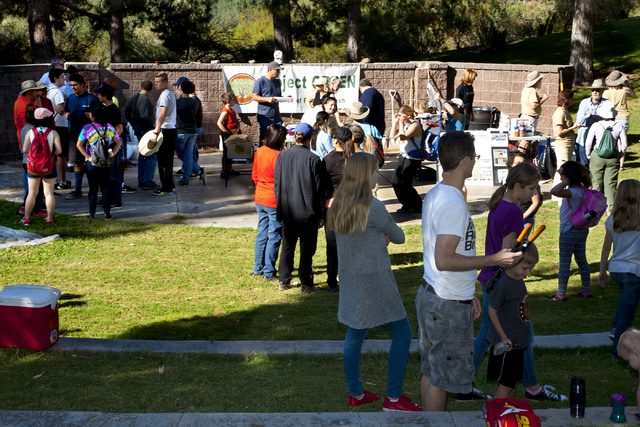 A group of three volunteers head into Pittman Wash to examine the damage of the most recent storm. The pathway shaped by rocks has since vanished, leaving the trail unrecognizable.

“This was in pristine condition before the storm,” said Evelyn Gajowski, vice president of Project GREEN: Friends of Pittman Wash, which oversees the preservation and maintenance of the area by organizing cleanups.

“Some people might just see this as a ditch or call it ugly,” Gajowski said. “We see it for what it is — a (remnant) of the natural Mojave Desert.”

On Sept. 24, the group organized volunteers in honor of National Public Lands Day. About 70 people gathered for the event, which attracted students and teachers from Chaparral and Eldorado high schools as well as Junior Master Gardeners and the 4-H Club.

Meeting behind the Silver Springs Recreation Center, 1951 Silver Springs Parkway, they divided into small groups to remove litter and reset rocks swept away during heavy rains. The group also planned to reset signs that been damaged and work on general trail maintenance, such as pruning trees and shrubs.

Whenever the Las Vegas Valley gets a storm, the water can cause anything from papers to shopping carts to enter Pittman Wash. On this day, a group removed a pink 99 Cent Store cart.

“I’m trying to think where the closest 99 Cent Store even is at,” one volunteer commented.

Beyond natural events causing a mess, the area also gets vandalism, with people knocking over signs or damaging parts of the wash.

Members of Project GREEN clean up the area and look after the wash. The group is composed of anyone from hydrologists and biologists to people who simply live nearby. They all want to protect the environment and see the area preserved.

With more awareness of its efforts, the organization has grown.

This allows the group to accept tax-deductible donations. About a decade ago, it received a $100,000 state grant that paid for signage and informational kiosks.

Now that the grant money is gone, the group tries to be proactive with its fundraising by encouraging people to pay $20 per year for a group membership or by selling T-shirts at events.

The group has grown in numbers, too. Teresa Bell has been volunteering for about five years.

“I was doing so much for other groups that were far away, I figured I could help out somewhere I can see the difference,” she said. “Why not get involved locally?”

While the group hosts community cleanups, in the past, it has also spoken out against proposals that might damage the wash. Five years ago, it protested a city of Henderson proposal to pave part of the wash in order to prevent erosion and other safety problems.

After meeting several times, Project GREEN and the city come to a compromise to construct a less-invasive concrete culvert at the bottom of the wash.

For the most part, Project GREEN works to maintain the area and get the word out about the wash. It hosts smaller events the last Saturday of the month, anything from a cleanup to a walking tour to a talk about the wash’s geology or plant life.

Gajowski said members decide which projects to focus on or what topics to discuss.

Madison Jones, who lives in the area of Pittman Wash, came out for Earth Day in April and returned on Sept. 24.

“We were working on trail building,” she said. “It’s nice to have a manicured trail. It tends to get destroyed in the rain.”

“We wouldn’t be able to get any of this done without our volunteers,” Gajowski said.