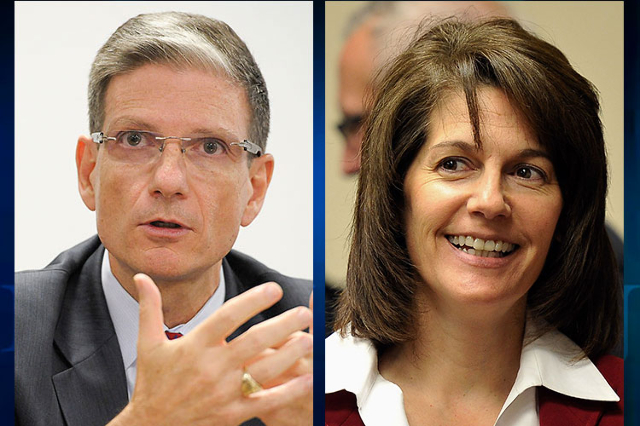 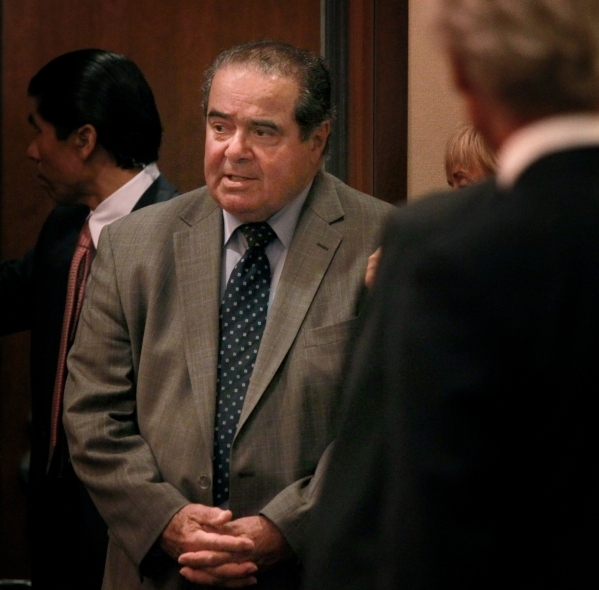 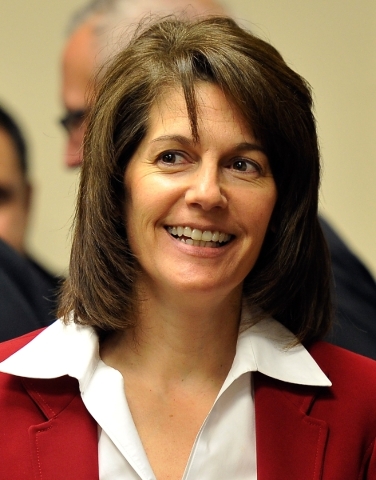 Catherine Cortez Masto appears at the Board of Regents meeting on Tuesday, Dec. 16, 2014, in Las Vegas. The regents approved a contract for Cortez Masto that will make her the executive vice chancellor. (David Becker/Las Vegas Review-Journal) 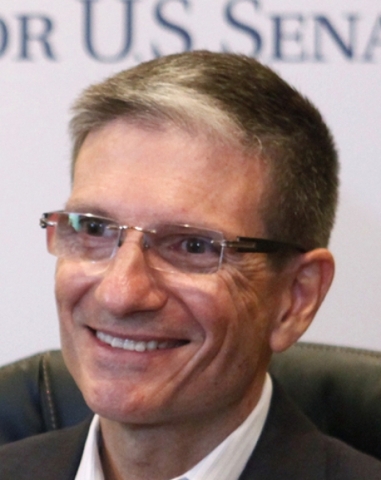 U.S. Representative Joe Heck meets with the press at Red Rock Strategies on Monday, July 6, 2015. Heck will be running for a seat on the U.S. Senate. (James Tensuan/Las Vegas Review-Journal) Follow James Tensuan on twitter @jtensuan

Saturday’s death of U.S. Supreme Court Justice Antonin Scalia casts a spotlight on the role of the U.S. Senate in allowing — or blocking — nominees for the highest court in the land, and on the high-profile election to succeed Senate Minority Leader Harry Reid, D-Nev.

Some Republicans have vowed to block a nominee from President Barack Obama, hoping their party will win the presidency next November. By delaying a confirmation vote, they could push through a nominee with Scalia’s conservative stature in 2017. Democrats, however, say Obama remains the president with the constitutional power to nominate a new justice.

The partisan battle gives the two most visible Senate candidates an opportunity to set themselves apart from the fray — or join it.

Democratic candidate Catherine Cortez Masto called on the Senate to move forward in supporting any Obama nominee. U.S. Rep. Joe Heck, the leading Republican candidate, in a statement acknowledged the president’s ability to nominate a successor, but noted that the Senate has the right to reject one.

The Senate race is expected to be one of the most expensive and closely watched contests on the national stage. The stakes are higher this year because it’s among a handful where the GOP could pick up a seat this November.

If the GOP-led Senate blocks a nominee for Supreme Court this year, a new Senate in 2017 likely will make the decision on a confirmation.

“Voting on presidential appointments isn’t a perk Senators get to enjoy at their leisure — it’s part of their job description,” Cortez Masto said. “Partisan politics should not get in the way of filling a vacancy on the highest court in the land. This isn’t a game — the Supreme Court has important matters it is considering and needs a full court.”

Heck didn’t take a firm position on whether senators should block filling Scalia’s seat until after the presidential election.

“Lifetime appointments are not to be taken lightly or hastily,” Heck said. “It is not uncommon, in the final months of a presidency, for the Senate to wait for the results of the pending election before filling vacancies. The president has the right and prerogative to nominate a successor to Justice Scalia, just as the Senate has the right and prerogative to confirm or not confirm the president’s nominee. Each entity should exercise its prerogative.”

In the presidential races, Scalia’s death casts a brighter spotlight on the ability of a potential president to nominate potential Supreme Court justices.

Republicans candidates in the Senate have voiced a willingness to oppose any nominee that Obama brings forward.

U.S. Sen. Ted Cruz of Texas, for example, said at the Saturday debate in South Carolina that the Senate “needs to stand strong and say, ‘We’re not going to give up the U.S. Supreme Court for a generation by allowing Barack Obama to make one more liberal appointee.'”

“I do not believe the president should appoint someone,” said U.S. Sen. Marco Rubio of Florida at the debate.

Republicans will caucus on Feb. 23 in Nevada to chose their party’s presidential nominee. While the vacancy might come up as the GOP faithful scrutinize candidates, the issue is unlikely to be a key influencer in the caucus.

Ross, who isn’t affiliated with or endorsing any of the candidates, noted that Cruz’s experience as a clerk in the Supreme Court will help.

“Ted Cruz probably stands to gain the most because he has the most relevant experience,” Ross said.

Democrats will caucus on Saturday.

On the Democratic side, U.S. Sen. Bernie Sanders, I-Vt., and former Secretary of State Hillary Clinton both have said while campaigning in Nevada and elsewhere that they want to undo the Citizens United ruling, a 2010 Supreme Court decision that allows labor unions and corporations to spend outside money trying to influence the outcome of elections.