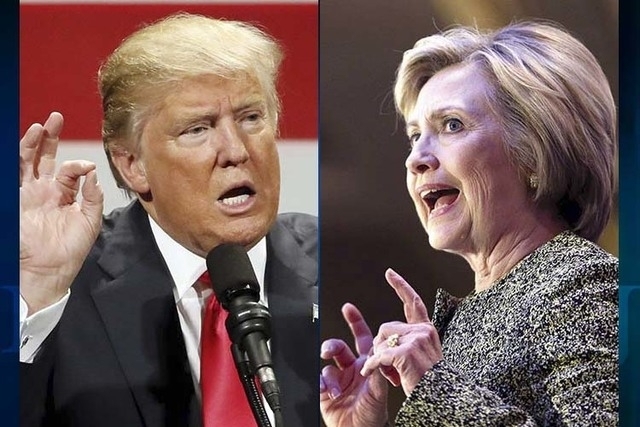 While it’s a narrow lead, it is a six-point swing from July, when Clinton had a four-point lead. Of Nevada voters polled, 44 percent support Trump and 42 percent Clinton. Another 8 percent are planning to vote for Libertarian candidate Gary Johnson. Three percent plan to choose the state’s “none of these candidates” ballot option.

The poll also found that Republican candidate Joe Heck has a narrow three-point lead over Democratic candidate Catherine Cortez Masto in the U.S. Senate race. That’s similar to a two-point lead Heck had in a prior poll. Heck has 46 percent of the support of likely voters polled, while Cortez Masto has 43 percent support. Independent American Party candidate Tom Jones has 4 percent support. Three percent plan to vote for the “none of these candidates” ballot option.

The poll used a sample of 406 likely voters in Nevada and has a margin of error of 4.9 percent in both directions.