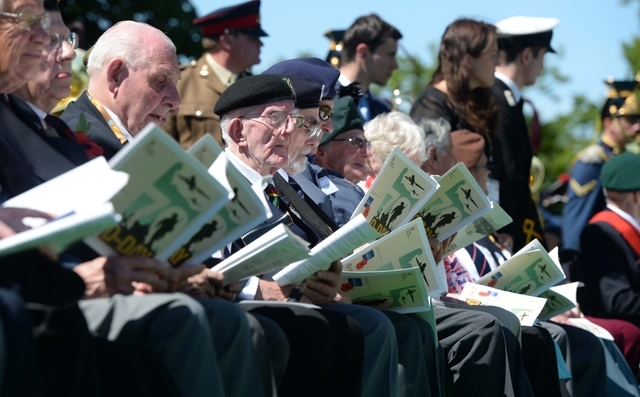 LONDON — An 89-year old World War II veteran who was reported missing from a nursing home in England has been found in Normandy after traveling to attend D-Day commemorations, police said Friday.

Bernard Jordan was last seen at The Pines home in Hove, southern England, on Thursday morning. Staff called police when he did not return that evening.

Sussex Police said Friday that another veteran later called to say he and Jordan were at a hotel in Ouistreham, France. Officers also spoke to Jordan and determined he was fine.

The force said Jordan left the home wearing his service medals and joined a group of veterans heading to France by bus.

The home denied it had banned Jordan, a Royal Navy veteran and former mayor of Hove, from going to the commemorations.

“In fact, staff at the home tried to get Mr. Jordan onto an accredited tour with the Royal British Legion but, due to the last-minute nature of the request, this was not possible,” chief executive Peter Curtis said in a statement.

”Mr. Jordan was reported missing to the police yesterday evening as a matter of caution, because he did not return from his normal trip to town and when he left had not told us he was still intent on trying to get to Normandy.”

Police said in a statement that Jordan’s friends “are going to ensure he gets back to Hove safely over the next couple of days after the D-Day celebrations finish.”