Gusts howled at 71 mph at Nellis Air Force Base, and winds in excess of 60 mph buffeted other parts of the Las Vegas Valley, the weather service reported.

The severe weather forced the Las Vegas 51s to suspend its game Saturday night. The team will play the remainder of the game Sunday.

The flash flood warning covering Clark, Mohave and San Bernardino counties is in effect until midnight, the weather service said.

Laughlin, Searchlight and Cottonwood Cove were among the areas likely to be affected.

Valley temperatures will hover just above normal throughout the weekend and into next week,

Although temperatures aren’t expected to go above 110, humidity in the air will make the valley feel hotter than it is, said meteorologist John Adair.

“It kind of raises the heat index when the humidity is higher,” he said.

Saturday’s expected high is 107, with a 10 percent chance of rain in the afternoon and evening due to isolated thunderstorms in Southern Nevada that could pierce through the mountains surrounding Las Vegas, Adair said.

WEATHER ALERT! The Las Vegas Valley is under a dust storm warning and severe thunderstorm. This video was taken from the RJ parking lot #VegasWeather pic.twitter.com/xZJTFkcYxd

Clark County’s Department of Air Quality has issued an air quality advisory through Monday due to moderate levels of smoke, soot and ozone in the valley’s air, in part from wildfires in California and Arizona.

Sunday’s expected high is 104, and Monday and Tuesday will see temperatures hit 105. Wednesday’s temperatures are expected to drop to 103, Adair said. Overnight lows will stay around 84.

Sand storm took down a huge tree right by the entrance to our housing complex near West Flamingo. #lasvegas #sandstorm pic.twitter.com/yEeEEF2GzC 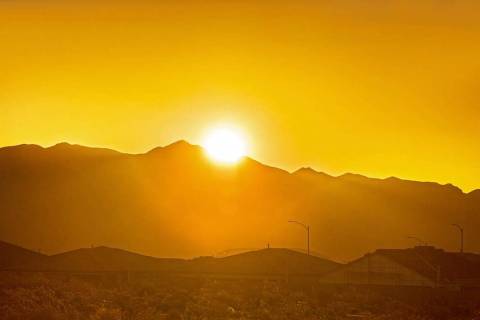 Sunny skies, light winds and temperatures slightly above normal are forecast for the Las Vegas Valley for the coming week. 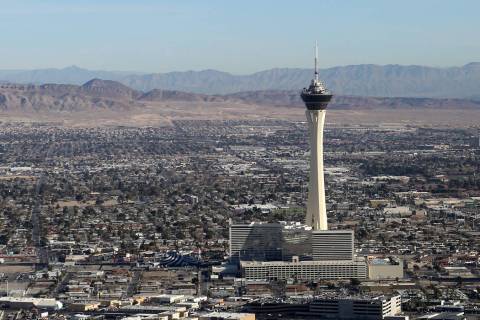 It might be hard to find a better forecast for Valentine’s Day and a February weekend. Perhaps a high temperature of 72 on Sunday. 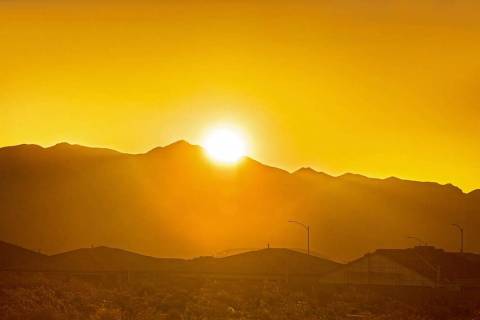 A dip of about 10 degrees with elevated winds as a cold front arrives late Sunday is the only blip on a sunny and mild forecast for the Las Vegas Valley in the coming week. 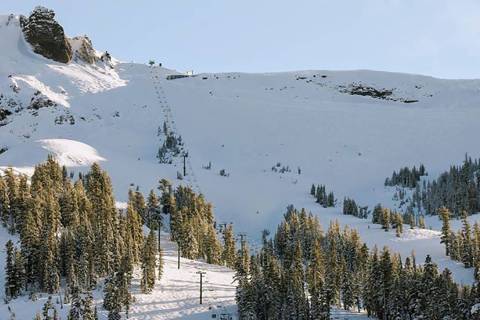 A gust of 209 mph recorded atop a California peak over the weekend was likely not a new state wind record but a mistake resulting from a faulty sensor, meteorologists said Monday. 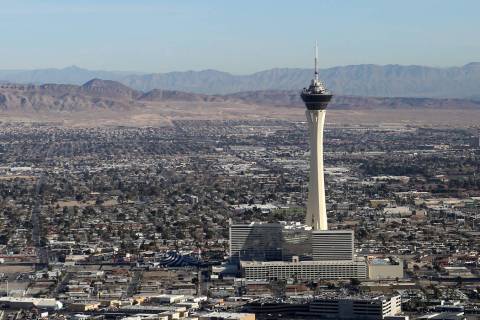 Sunny skies, light winds and temperatures a few degrees above normal will prevail in Las Vegas or a week or more. 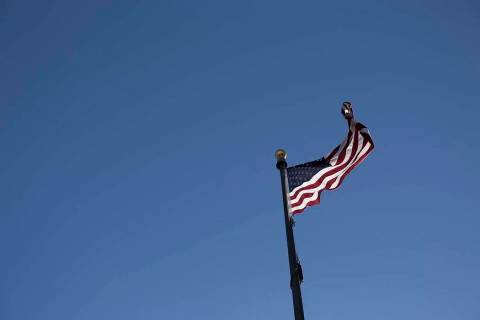 Gusty winds should diminish during the day Tuesday with calm, sunny, mild weather for Las Vegas through the weekend, says the National Weather Service. 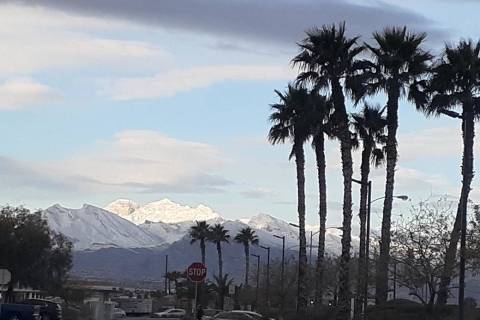 The rain and snowfall of Sunday night is over, but chilly winds will remain in the Las Vegas Valley through Tuesday. 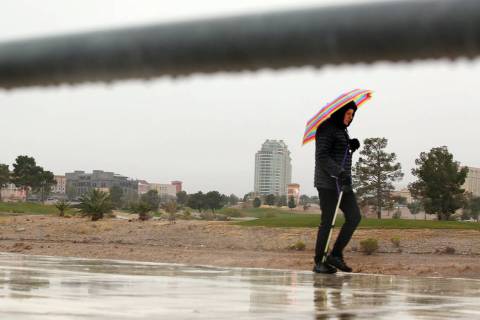 A winter weather advisory is in place on Mount Charleston on Sunday night, according to the National Weather Service. 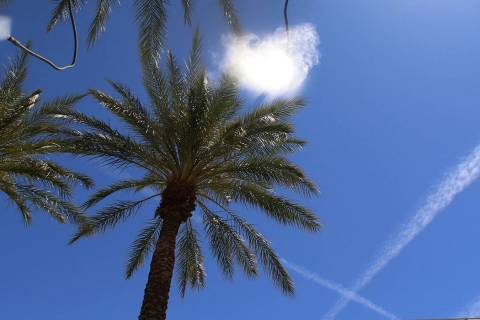 Sunny Saturday to be followed by cooler temps, chance of rain
By Katelyn Newberg / RJ

A warn Saturday in the Las Vegas Valley is expected to be followed by a cold front and rain chances at the beginning of the week, the National Weather Service said.