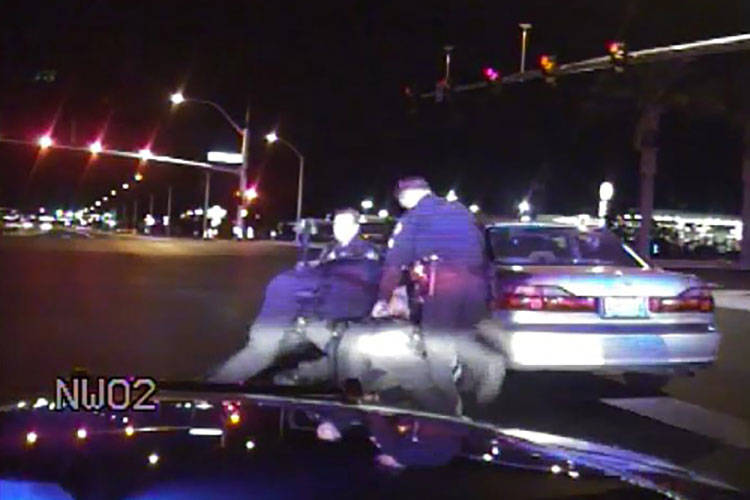 Brett Seekatz is seen in this video, along with Nevada Highway Patrol troopers and Henderson police officers, mistaking a man suffering a diabetic episode for a drunk driver during a traffic stop on Oct. 29, 2010. He kicked Greene five times in the head and face. (video2fone6/YouTube)

Henderson police Lt. Brett Seekatz’s career has been filled with misconduct allegations — the most notorious a 2010 traffic stop where video showed he kicked a motorist suspected of DUI five times in the head.

But the driver, Adam Greene, was disoriented and suffering a diabetic episode and later sued police.

Seekatz’ actions, described as sending shock waves across the valley, cost taxpayers almost $300,000 in settlements. Read more about him in part 2 of Flawed Discipline, our investigation into police accountability.