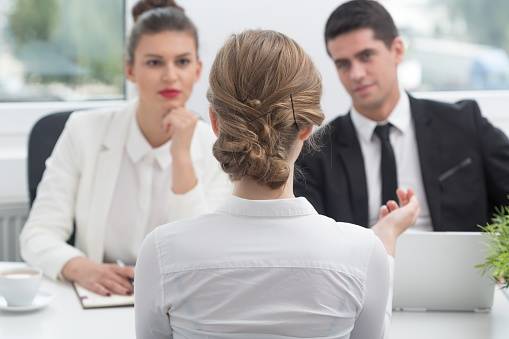 Once upon a time, there was a fair princess who was kidnapped by an evil king who held her prisoner high in the tower of his castle, deep in the forest.

Her only hope was to be rescued by her beloved handsome prince, whom she longed to marry.

But how? She thought and thought, and then hatched her plan. Every morning she opened the shutters of the tower’s only window, singing the beautiful love song she used to sing to her prince, hoping he would hear her voice.

After long despair, the prince happened upon the king’s castle and heard his beloved’s sweet voice singing her love song to him. He turned upon his steed, charged the castle, slew the evil king, and he and his princess were reunited, living happily ever after.

Now, before we go into this, I doubt you’ll find a fairy tale in any career advice column anywhere, so save yourself the trouble. Your time will be better spent understanding why it’s here. (Plus, I better explain why, lest you think I’m starting to lose it altogether.)

But doesn’t it sound like every fairy tale you ever heard? Of course, and therein lies the reason. You see, we’re about to learn a great interviewing strategy: Tell stories.

Stories are among the few highly effective learning mechanisms we use throughout our lives — from the time we were little, sitting on mommy’s or daddy’s lap, listening as they read them over and over to our delight. We remember stories.

But it’s not just the story; it’s the structure of it. You may very well already know – and if you didn’t, you will now – that you’ll leave a lasting impression in the interview if you tell good, vivid stories relevant to your work experience – and tell them the same way I told you about the princess. In case you haven’t spotted this yet, the story had four parts: the situation, the task, the action and the result. Put in acronym form, that’s STAR.

The situation was the kidnapping, the task was to get rescued, the action (action plan) was to get recognized, and the result was the happily ever after. Simplistic as it is, you’ll remember the story.

Now let’s get out of the forest and into the interview room. Your resume already says, for example, that you took an underperforming sales territory and built it into the No. 1 territory in the country. Great, but impressive as that is, it’s liable to get lost among (a) your other results, and (b) those of other candidates.

But suppose, when asked about it, instead of just repeating that fact, you said, “I’m glad you asked. Let me tell you a story about that.” Immediately the interviewer is engaged, just as you were when daddy or mommy asked you if you’d like to hear a story. Always!

Now continue. “I inherited the badly underperforming eight-state territory and its reseller network. It had major markets like New York, Boston, Hartford, Buffalo, Rochester and many secondary markets — all loaded with an abundance of potential major accounts. It should have been No. 1 in the country by a long shot but it was dead last at No. 10 — by a long shot (the situation).

“When hired, I was told — in no uncertain terms — that for this territory to be anything less than No. 1 was intolerable, and that I was expected to do it within three years (the task).

“I created a five-step plan: intense three-month sweep through the territory to assess the capabilities of every reseller; exhaustive study of business demand in every metropolitan area; recruiting new, stronger resellers; building a powerful sales training program; and relentlessly working the territory — out in the field — with every resellers’ sales reps (the action).

“By month 36, the territory achieved No. 1 status nationwide — and kept it as long as I was there (the result).”

Great story, right? Turns out, it’s mine — from 1975 to 1982. On my resume, it was only a line of type. In my interviews, it was a hot conversation. Was I the only candidate with sales results? No. But did anyone else tell a better

Was I the only candidate with sales results? No. But did anyone else tell a better story? I doubt it. I got every job for which I ever got past the first interview. And the interesting thing is

I got every job for which I ever got past the first interview. And the interesting thing is that, in essence, it’s the same story — told in under 60 seconds — as the princess: a situation, a task, an action and a result. In fact, every good story is built the same way.

So tell good stories. You’ll be a STAR.

Career coach and corporate advisor Eli Amdur has been authoring his weekly “Career Coach” column since 2003 and is the author of his acclaimed career advice book, “It’s Not So Far From Here To There: The thinking person’s guide to well-managed career.” Adjunct professor of two graduate-level leadership courses at Fairleigh Dickinson University in New Jersey, he is also active on the speaker circuit, delivering presentations on today’s critical employment and leadership issues. Visit his website at www.amdurcoaching.com.