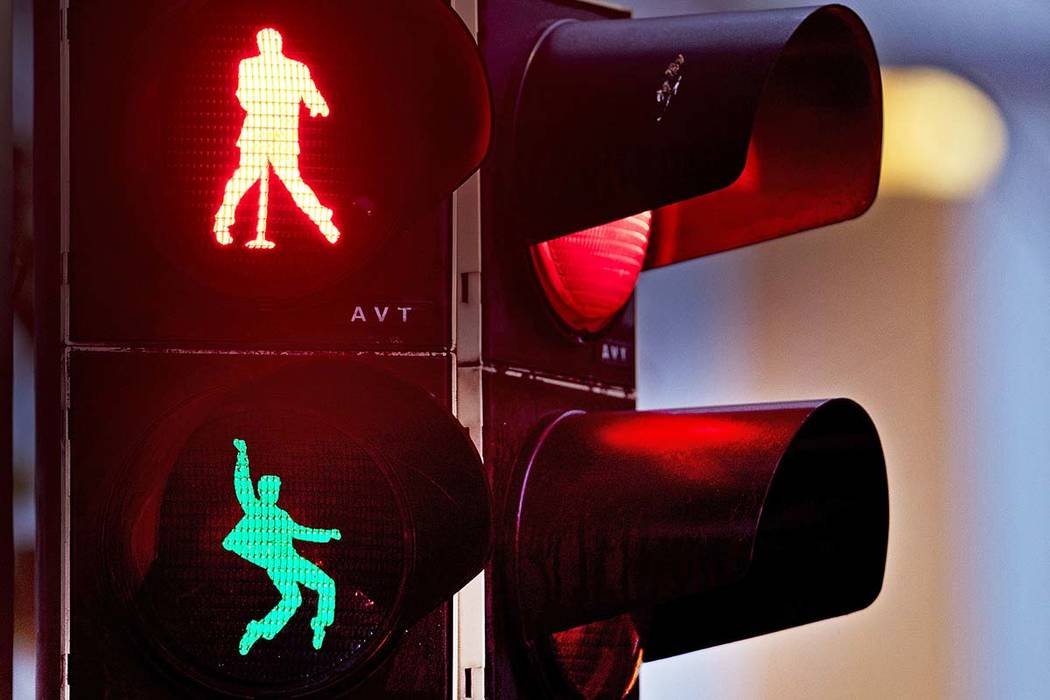 Walking figures depicting Elvis Presley appear on a traffic light switching from green to red in Friedberg near Frankfurt, Germany, Thursday, Dec. 6, 2018. Presley served in Friedberg from October 1958 to March 1960 as a soldier in the US Armed Forces. (Michael Probst/AP)

BERLIN — Keep your blue suede shoes behind the curb: the central German town where Elvis Presley was stationed as a U.S. soldier in the 1950s has installed three pedestrian lights with images of the American rock icon.

The red shows an image of the singer striking a pose at a microphone and the green depicts his trademarked hip swivel dance.

They went online this week in the town of Friedberg, where Elvis, who died in 1977, was stationed at the U.S. Army’s Ray Barracks from October 1958 to March 1960. He lived in nearby Bad Nauheim.

Friedberg, north of Frankfurt, already has an “Elvis Presley Platz” — Elvis Presley Square — and decided to add the three lights as an added attraction for the many Elvis fans who already make the pilgrimage to the town.