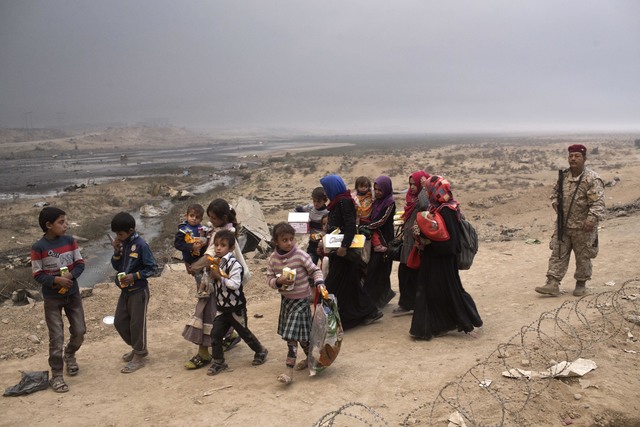 While some Iraqis are able to escape and clear a checkpoint just south of Mosul, tens of thousands of others are being used as human shields by IS. (Marko Drobnjakovic/AP) 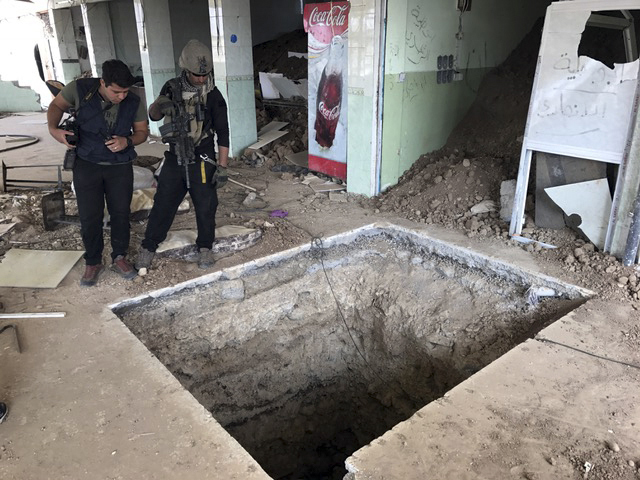 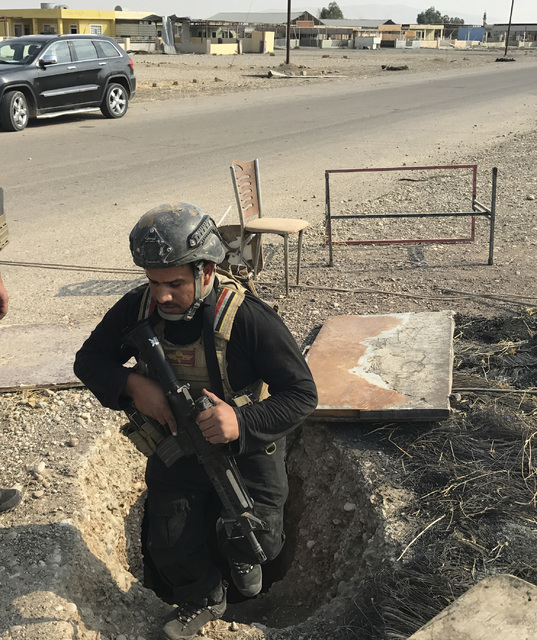 A soldier with Iraq's elite counterterrorism force inspects a tunnel made by Islamic State militants in Bartella, Iraq, Thursday, Oct. 27, 2016. The town of Bartella in northern Iraq lays about 20 kilometres east of Mosul. (Ali Abdul Hassan) 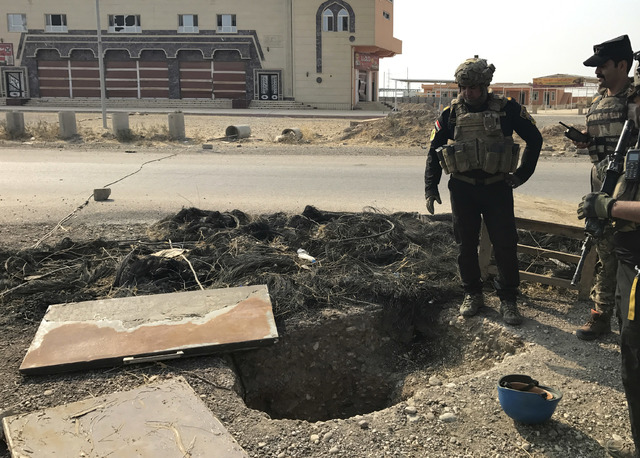 A soldier with Iraq's elite counterterrorism force inspects a tunnel made by Islamic State militants in Bartella, Iraq, Thursday, Oct. 27, 2016. The town of Bartella in northern Iraq lays about 20 kilometres east of Mosul. Ali Abdul Hassan)/AP 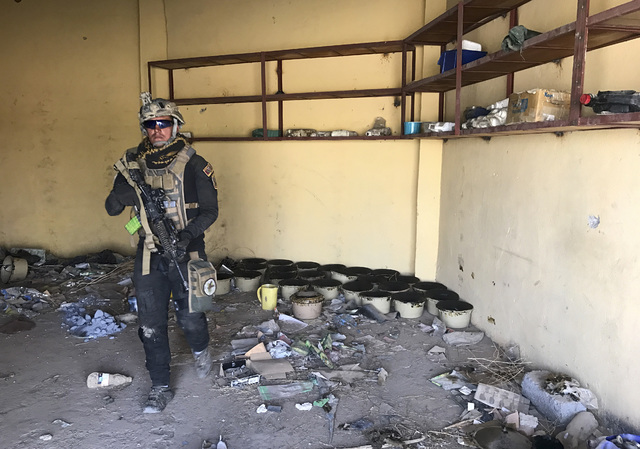 A soldier with Iraq's elite counterterrorism force walks through a building near to a tunnel made by Islamic State militants in Bartella, Iraq, Thursday, Oct. 27, 2016. The town of Bartella in northern Iraq lays about 20 kilometres east of Mosul. (Ali Abdul Hassan/AP)

QAYARA AIR BASE, Iraq — The Islamic State group appears to be using tens of thousands of people as “human shields” in and around Mosul, where Iraqi forces are waging a large-scale offensive aimed at retaking the country’s second largest city, the U.N. human rights office said Friday.

It has received reports of more than 200 people being killed for refusing to comply with IS orders or previously belonging to Iraqi security forces. It said “credible reports” suggest IS has been forcing tens of thousands from their homes in districts around Mosul.

“ISIL’s depraved, cowardly strategy is to attempt to use the presence of civilian hostages to render certain points, areas or military forces immune from military operations, effectively using tens of thousands of women, men and children as human shields,” spokeswoman Ravina Shamdasani said in Geneva.

She said 232 people, mostly former officers, were reportedly shot Wednesday, and 24 on Tuesday.

The Associated Press reported earlier this week that IS militants were going door to door in villages south of Mosul, ordering hundreds of civilians at gunpoint on a forced march north into the city, apparently using them as human shields.

Iraq launched a massive operation on Oct. 17 aimed at retaking Mosul, which fell to IS in a matter of days in the summer of 2014. Iraqi forces are advancing from several directions, but are still well outside the city itself.

The U.N. and rights groups have expressed fear that more than 200,000 civilians could be displaced in the opening weeks of the offensive. Mosul is still home to more than a million people.

IS has built up elaborate defenses on the outskirts of the city, including an extensive tunnel network, and has planted large numbers of explosive booby traps to slow the troops’ progress.

The U.S. military says Iraqi forces have retaken 40 villages from IS near Mosul since the operation began. But most of the fighting has taken place in a belt of sparsely populated farming communities ringing the city.

U.S. Air Force Brig. Gen. Matthew C. Isler said Iraqi troops on Friday were consolidating gains made east and south of the city earlier this week, but insisted “momentum” was still on their side.

Isler says the U.S.-led coalition has stepped up airstrikes against the militants, and is carrying out three times as many as it did during previous campaigns to drive IS from other Iraqi cities.