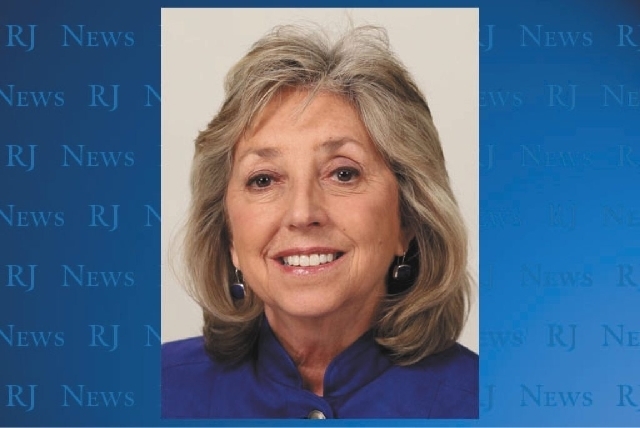 Some time back, my father wanted to give a car to a charity that advertised it helped veterans. I checked it out and it wasn’t legit. But it enraged me to know that people take advantage of patriotism to con those who served in the military. How sleazy.

“Put ‘veterans’ in the name of anything and you’re going to get people to support it,” Titus said Friday. “It’s super American, and it’s easy for them to prey on veterans.”

Titus was prompted by an investigation by the Tampa Bay Times and the Center for Investigative Reporting and CNN, which uncovered “dozens of so-called charities that are little more than corrupt schemes to enrich their founders and the for-profit companies that they hire to solicit donations.”

“As the Ranking Member of the Veterans’ Affairs Committee Subcommittee on Disability and Memorial Affairs, I am committed to ensuring that our nation’s veterans and their families are cared for,” Titus wrote. “I am disturbed that many of the organizations included in this report claim to be helping veterans but provide little actual assistance.”

She wants all charities investigated, not just those claiming to provide services for veterans. There are charities for children, cancer patients and others that actually spend only a small percentage of the donations on actual charity work, she wrote.

Since this is one of my obsessions, I’ll take another opportunity to recommend strongly that people look up charities at Guidestar.org, CharityNavigator.org or CharityWatch.org. They are free and helpful. Reporters use them all the time, including those who did the investigative work that caught the attention of Titus.

“Charity Watch looked into some of this, and they gave us some pretty amazing statistics,” Titus said Friday. “The Disabled Veterans National Foundation raised $61 million between 2008 and 2010 and said it was for badly needed goods for disabled veterans.”

Check out this link at http://www.tampabay.com/americas-worst-charities/ from the Tampa Bay Times newspaper listing 50 of the worst charities over the past 10 years as far as money paid to solicit donations.

Just because the charity has kids, cancer, police, firefighters or veterans in the name doesn’t mean it’s a reputable nonprofit.

The eighth worst on the list is the National Veterans Service Fund. It raised $70.2 million, paid $36 million to fundraisers and spent 8.6 percent of its direct cash aid on the veterans. Five more veterans charities were on the list.

The No. 1 worst charity was Kids Wish Network, which raised nearly $128 million and paid nearly $110 million to solicitors. Oh, and 2.5 percent of the money went to the kids.

Titus encourages people to contact her office if they have complaints about a particular charity.

A reader recently called me to ask about a telephone solicitation to raise money for pensions for either firefighters or police. I told him that was a scam, that their pensions are already taken care of by taxpayers.

The Review-Journal questioned the ethics and effectiveness of Henderson-based Miracle Flights for Kids in 2007. At that time, founder Ann McGee paid herself a $196,000 salary and her husband, William, received $51,000. Less than one-third of the donations went to help sick children with flights.

According to its reports to the IRS, since 1985, Miracle Flights has provided 76,000 free flights to sick children who need treatment outside their communities. Maybe we should be honoring the airlines that provided more than $936,000 worth of free flights in 2011.

Titus urged Attorney General Eric Holder to investigate charities to determine whether or not they are fraudulent or using questionable accounting activities. I support her entirely.

I just wonder if Holder will make charity fraud a Justice Department priority, when there are so many other frauds to be investigated.

“I think they’ll pay some attention to it, because this sort of story is gaining momentum,” Titus said.

She believes the work needs to be done on a national level, because the problem is national. However, a Nevada law goes into effect in January giving the secretary of state’s office some authority over charities by requiring reporting. But the authority to investigate and subpoena records was eliminated from Assembly Bill 60, leaving it toothless.

The burden is really up to those individuals and companies who donate to make sure their money is well spent.

Be careful. My advice is never, ever respond to a solicitation over the phone for any charity.

Unless paying a telemarketer’s salary gives you pleasure.