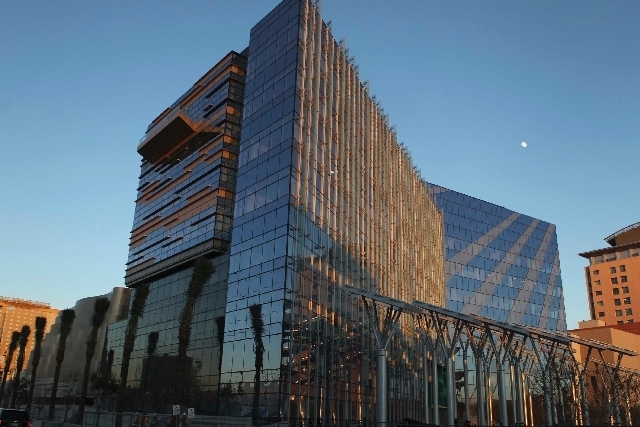 I’m going back to my roots.

No, I’m not going back to Arkansas, I’m returning to reporting.

Las Vegas City Hall, here I come on Monday, ready or not!

As part of the Las Vegas Review-Journal’s newsroom reorganization, this column fades away. After 10 years of sharing my opinions with anyone who would read them, I’m going back to being even-handed, presenting the facts and rooting out stories that might not be told otherwise.

As a columnist, my goal was to tell readers things they didn’t know and put in perspective some things they had heard. I was more proactive than reactive, and did plenty of reporting before I opined.

I was loved and loathed, depending on the reader’s point of view, because I was paid to have an opinion. Now I’ll be paid to be fair and accurate.

I banged certain drums relentlessly as a columnist, and lost. I urged people to support the idea of using a merit selection panel to choose judges, but voters rejected the concept. They wanted to vote for judges, even if they knew next to nothing about their qualifications.

But I managed to win a few.

When the Board of Medical Examiners decided to remove disciplinary and malpractice settlements against M.D.’s from their website, I yelled and hollered and prodded Assembly Speaker Barbara Buckley into backing the idea of restoring the information.

Thanks to me, light was shined on a Sun City Summerlin hoarder, eliminating a major neighborhood nuisance and helping the hoarder as much as he would permit.

Then there was the investigation of the Red Velvet Cafe’s chocolate chip cookies. They are not 27 calories each as advertised. More like 157 calories. A trim woman who watches her calories told me as soon as she stopped going there, she lost 6 pounds. She remains furious, even months later, that she was misled by the owner into thinking she was eating low-cal cookies.

As a columnist, I wrote about what interested me and what I hoped interested readers. I cared deeply about ethics, hypocrisy and protecting consumers, but I also enjoyed making people laugh — like the time I went to Mandalay Bay’s topless pool and reported on what I saw … and didn’t see. Or the time I opined on the idea of a Stud Farm and why women need not pay for sex. My editor looked aghast when I announced my column would discuss my first time … coloring my hair. But the response from women (and a few men) about their first time obviously struck a chord.

When I began this column Oct. 27, 2003, I brought 32 years of experience, working at the Christian Science Monitor, the Southwest Times Record, the Reno Gazette-Journal and the Las Vegas Review-Journal.

I had covered cities and counties in Arkansas, and those political chicken dinners, even an unsuccessful congressional candidate named Bill Clinton. When I came to Las Vegas in 1976, I started with the police beat, the only job I didn’t really enjoy.

After the dead body beat, I wrote features for the R-J’s now defunct Sunday magazine, The Nevadan. I’ve been a federal court reporter, a gaming reporter and left the R-J to cover Las Vegas and the Legislature for the Reno newspaper for four years. When I returned, I covered politics for 13 years, my longest stint.

Las Vegas was supposed to be a stop along the way, except the news was so compelling. Mobsters. Political crooks. Shady deals. Juice jobs. What’s not to love, for a journalist?

I will be focusing my energies now on Las Vegas, where development and redevelopment, private and public, are reshaping my city. It’s a happening place right now. And I’ll be your eyes and ears, welcoming your tips.

My 42 years working for newspapers taught me the job changes, the industry changes, but I still love newspapers.

Telles set to appear in court Wednesday for status check