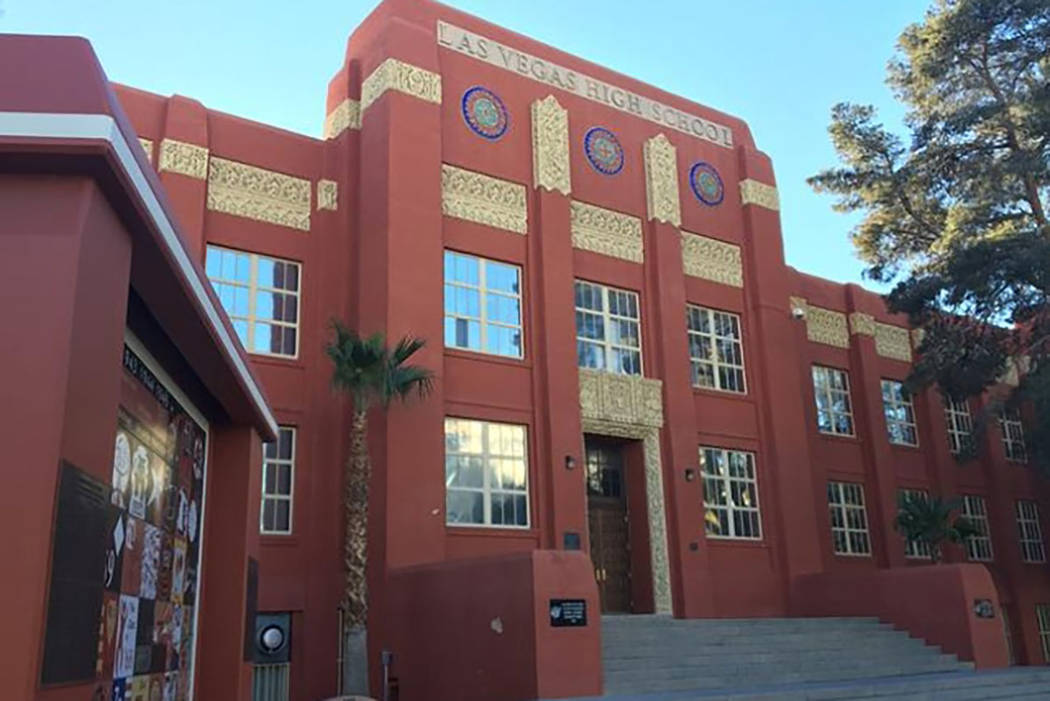 A building on the 80-year-old campus of Las Vegas Academy of the Arts, formerly Las Vegas High School, is shown in 2015. (Bizuayehu Tesfaye/Las Vegas Review-Journal) 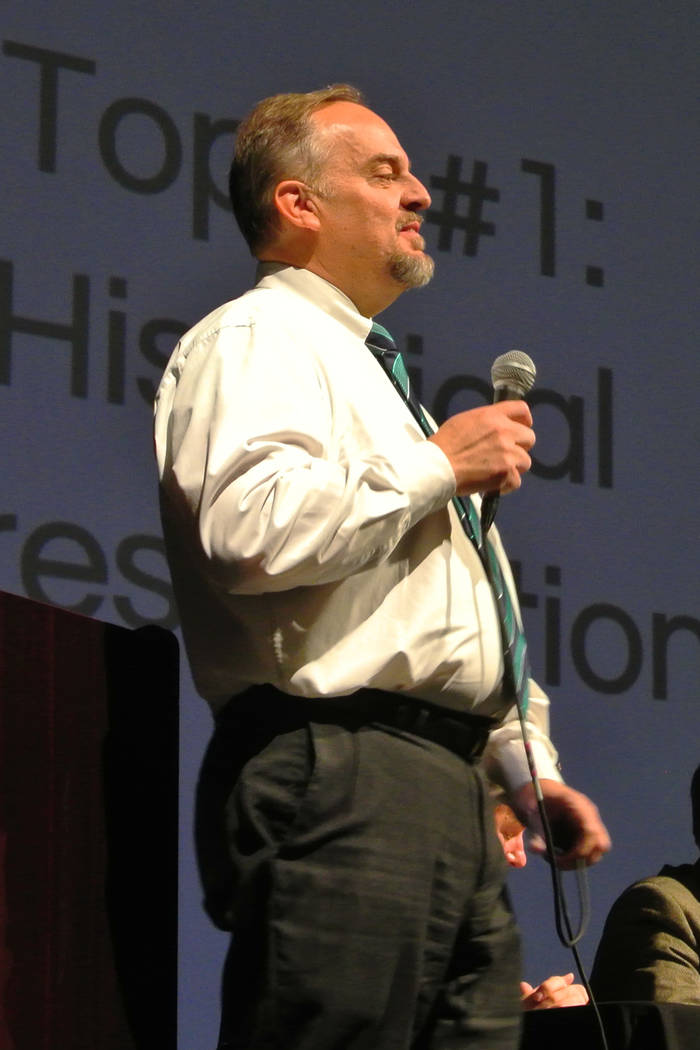 Do this. No, do that, said various people, all interested in preserving at least some of the historic Las Vegas High School buildings.

Keep the main building with its art deco exterior for teaching. No, turn it into a museum facility.

The five buildings may be crumbling and outdated, lacking basic technology and nightmarish when it comes to heating and cooling, but they are beloved by LVHS alumni.

About 100 people attended the first public meeting June 26 to urge historic preservation, but speakers didn’t agree on how buildings should be reimagined, or even how they should be used. The five buildings include the main building, the gym — both built in 1930 — Frazier Hall, the Administration Building and the Industrial Arts Building.

Preservation advocates and alumni spoke to an audience of six — the principals of three local architecture firms competing for the job.

This fall, the three firms will present their proposals at another public meeting, and one of the three will be chosen. Either tsk, Simpson Coulter Studio or KGA Architecture.

The architects ultimately chosen will face massive challenges as they develop a master plan for the campus housing the magnet school for performing arts.

How to balance safety without making it look like a prison. How to provide parking for 1,700 students attending the magnet school. How to stop the homeless from using the campus as a bedroom. But most of all, how to preserve history without spending a fortune.

The most optimistic speaker was Scott Walker, the academy’s principal for seven years, who hopes the final plan might include an arts and entertainment center. He favors a museum in the main building. “I know some want to see it stay as a classroom facility,” he said. But he said he would love to see a dinner-theater for students to perform in.

Two key representatives from the Clark County School District — Blake Cumbers, associate superintendent for facilities, and Jeff Wagner, construction management director — repeated nearly identical messages. “There are no designs to share, and it’s not funded in any way yet,” Cumbers said.

‘Everything is on the table’

While the district has dubbed this the LVA Legacy Project and said the intent is to preserve historic elements as facilities are modernized and expanded, Wagner was cautious throughout the listening meeting, emphasizing “everything is on the table.”

Does everything include demolishing?

Some suspected the school district cannot be counted on to follow through with preservation, especially after the estimated costs become public.

“They’ll tear it down if they need to tear it down,” said Joe Thomson, the historian for the Las Vegas High School Alumni Association.

The more optimistic Walker said he thinks “it’s a new day” and the district will try to preserve portions of the original school.

Last March, when I first wrote about the district’s then-little-known plan, preservationist Bob Stoldal was furious because there had been no public input, and he’d heard the old buildings were destined to be demolished.

I worry that, once the costs are estimated, the school district will not want to spend the money.

Sometime in the fall there will be another public meeting to choose the architects. I suspect more people will show up for that one. Next spring the winning firm will start the master-planning process.

Until the costs are made public, it’s all talk, all wishful thinking and all hoping that the school district will truly opt for preservation.