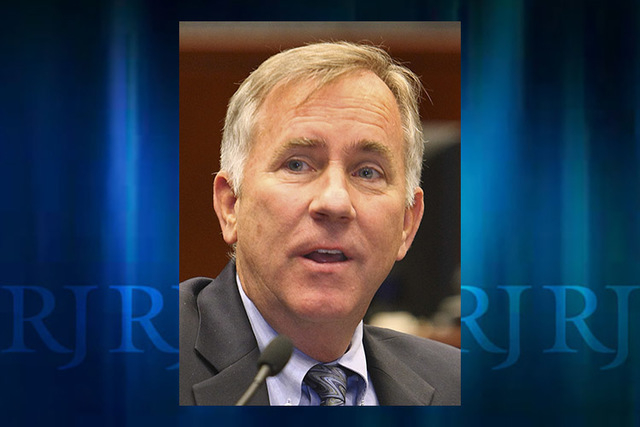 U.S. District Judge Robert Clive Jones is the most reversed federal judge in Nevada, so the obvious question is: Who is the least reversed? Presumably one who doesn’t let personal beliefs override the law when it comes to making legal decisions.

Again, thanks to Westlaw’s legal research, the question can be answered.

Navarro was nominated by President Barack Obama and since being sworn in in 2010, she has handled 70 cases and only two – or 2.9 percent – have been reversed.

Navarro, the daughter of Cuban immigrants, is the first woman and first Hispanic to serve as Nevada’s chief judge, a position that rotates by seniority.

In 2000, Westlaw started keeping reports on U.S. District Court judges showing how many cases are appealed, affirmed, and reversed by appellate courts. Westlaw has other categories, but the most definitive are the numbers affirmed and reversed.

Last week, I wrote about the most reversed Nevada judge — Jones.

He took senior status Feb. 1 but I proposed it’s time for the Reno judge to fully retire based on the number of cases overturned and the increasing frequency of 9th U.S. Circuit Court of Appeals criticism of his injecting his personal beliefs into cases and his rudeness.

This week, it’s about the best and the rest regarding the number and percentage of reversals.

There are 12 U.S. District Court judges between Las Vegas and Reno. The charts show only nine because Richard Boulware, Andrew Gordon and Jennifer Dorsey have less than 20 cases each and were taken out of the rankings.

After Navarro, Senior U.S. District Judge Larry Hicks of Reno has the lowest percentage of reversed cases. A Bush nominee in 2001, he has handled 429 cases and only 28 cases – or 6.5 percent – were reversed.

Senior U.S. District Judge Howard McKibben of Reno, a President Ronald Reagan nominee, was barely behind with 24 cases – or 6.6 percent – reversed since 2000. He was confirmed in 1984 so his tally of 361 cases isn’t the total number of cases he has handled.

Matching McKibben is Senior U.S. District Judge Roger Hunt of Las Vegas, who joined the bench in 2000. With 346 cases total, 23 cases – or 6.6 percent — were reversed.

McKibben gets the edge by a hair because he had a higher percentage affirmed – 74 percent – compared with Hunt’s 69 percent affirmed. Actually, McKibben has the highest percentage of affirmed cases among the nine ranked.

Next comes U.S. District Judge Kent Dawson of Las Vegas, who also joined the bench in 2000, the same time as Hunt, so his 341 cases to date are the full amount. With 24 cases – or 7 percent reversed – he falls in that middle ground with Hicks, McKibben and Hunt.

U.S. District Judge James Mahan of Las Vegas, appointed in 2002 by Bush, had 25 cases or 7.9 percent of his cases reversed. After Jones, he has the lowest percentage of affirmed cases at 58.5 percent.

U.S. District Judge Miranda Du of Reno started in 2012, and has only handled 44 cases. The four that were reversed, or 9.1 percent, seem skewed because of the low number of cases.

People become judges by winning a recommendation from the senior member of the delegation of the party that controls the White House. The president then nominates and the Senate confirms.

Under Democratic Presidents Obama and Bill Clinton, Sen. Harry Reid, D-Nev., has been the one recommending.

Under Democratic presidents, the judges confirmed have been Navarro, Du, Dorsey, Gordon, Boulware, Hunt and Dawson.

The Nevada federal bench, which previously had been criticized as “mostly male and mostly pale” changed under Reid’s recommendations.

There are few ways to judge federal judges, and a high reversal rate is one.

I don’t want to hear about how the 9th Circuit is the most reversed circuit by the U.S. Supreme Court. That is true many years, but the number of Nevada cases that make it to the highest court in the land is minuscule, so the statistics above stand. Take ‘em or leave ’em.