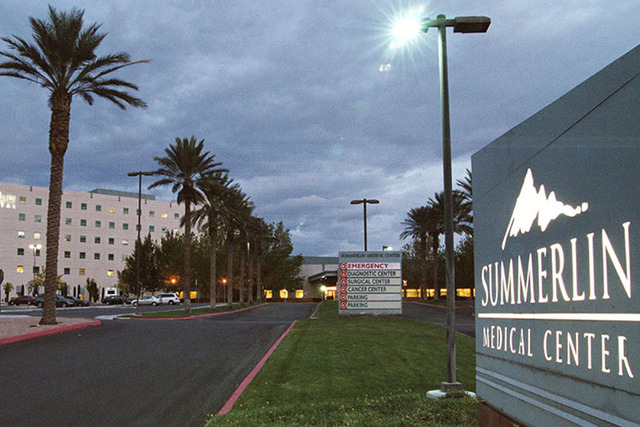 Four years ago, I wrote about a medical malpractice lawsuit in which the patient who died was a local neurosurgeon.

At the time, the attorney representing the widow and three children of the late Dr. Manish Jain said, “This is, without a doubt, the largest medical malpractice case in Nevada in terms of economic loss to the heirs.”

Of course, now that the case has settled, local attorney Gary Logan can’t comment on the settlement other than to say, “I’ll not deny the ultimate settlement was in the millions.”

Public records show that insurance companies for emergency room doctor Joseph Bajo and intensive care internist Elliot Wade paid out $500,000 each to settle the case filed in District Court. It is the second wrongful death case against Wade in Nevada.

It’s not public what Summerlin Hospital Medical Center paid, and Logan cannot say because settlements are confidential. “The majority of the funds were provided by the hospital,” Logan said.

When Logan filed his lawsuit after Jain’s death April 23, 2010, the complaint alleged Jain, 35, entered the hospital at 8 a.m. and was dead by 11 p.m. from a sepsis infection.

Jain showed up saying he had been vomiting and had diarrhea for three days. He had a fever and was unable to urinate the day he went to the hospital. The lawsuit alleged the neurosurgeon, was not treated properly by the emergency room doctor and his transfer to intensive care and subsequent treatment was delayed nearly three hours, delaying treatment by the internist. The internist’s care was substandard as well, the lawsuit alleged.

Under settlements, there are no admissions of wrongdoing.

The hospital was the last to settle in January. The hospital was also the most aggressive in fighting the lawsuit, based on minutes from pretrial hearings, where hospital attorneys tried to attack Jain’s own medical competence and even his widow, Donna Jain.

Bajo, a doctor of osteopathic medicine, was the first to settle for $500,000. The records at the Nevada Board of Osteopathic Medicine show the emergency room doctor is in good standing but faced two previous malpractice cases in Cook County, Ill. One filed in 2009 was dismissed; another filed in 2010 is scheduled for trial in October.

Nevada doctors are required to report malpractice information, either a claim, a settlement or a judgment, of $5,000 or more. Both the Nevada Board of Osteopathic Medicine and the Nevada Board of Medical Examiners put disciplinary action and malpractice information on their websites for public examination, which is the right thing to do for consumers.

One of my best consumer advocacy efforts as a columnist was pushing the Medical Examiners Board to put the malpractice information back on its website after it had removed it, thinking the public wouldn’t understand it. I frequently urge people to check out their doctors through public records available at both boards.

For Wade, who works at the Nevada Hospitalist Group, Jain’s death marked the second malpractice lawsuit against him in Nevada. The other one was was filed by attorney Martin Kravitz on behalf of the widow of David Whetstone, who died July 13, 2011. He had entered the hospital with pancreatitis on April 15, 2011, and Wade had conducted a procedure without using an ultrasound to guide his needle and repeatedly perforated Whetstone’s bowel, according to the lawsuit. Whetstone died from sepsis.

Despite the deaths of Whetstone and Jain, no public disciplinary action has been taken against Wade, according to the Board of Medical Examiners, which recently renewed his license.

Summerlin Hospital’s settlement payment amount is not public information, as far as I could find.

The National Practitioners Data Bank tracks malpractice payments, but the information is not available to the public. There are other sources to rate hospitals, including www.hospitalcompare.hhs.gov and www.leapfroggroup.org.

But in this age in which “Thou shalt have transparency” is practically one of the Ten Commandments, why shouldn’t consumers have access to payments hospitals make to settle wrongful death cases?

Oh, that’s right. The public wouldn’t understand, if the medical world is to be believed.

Jane Ann Morrison’s column appears Thursdays. Email her at jmorrison@reviewjournal.com or leave a message at 702-383-0275. Find her on Twitter: @janeannmorrison