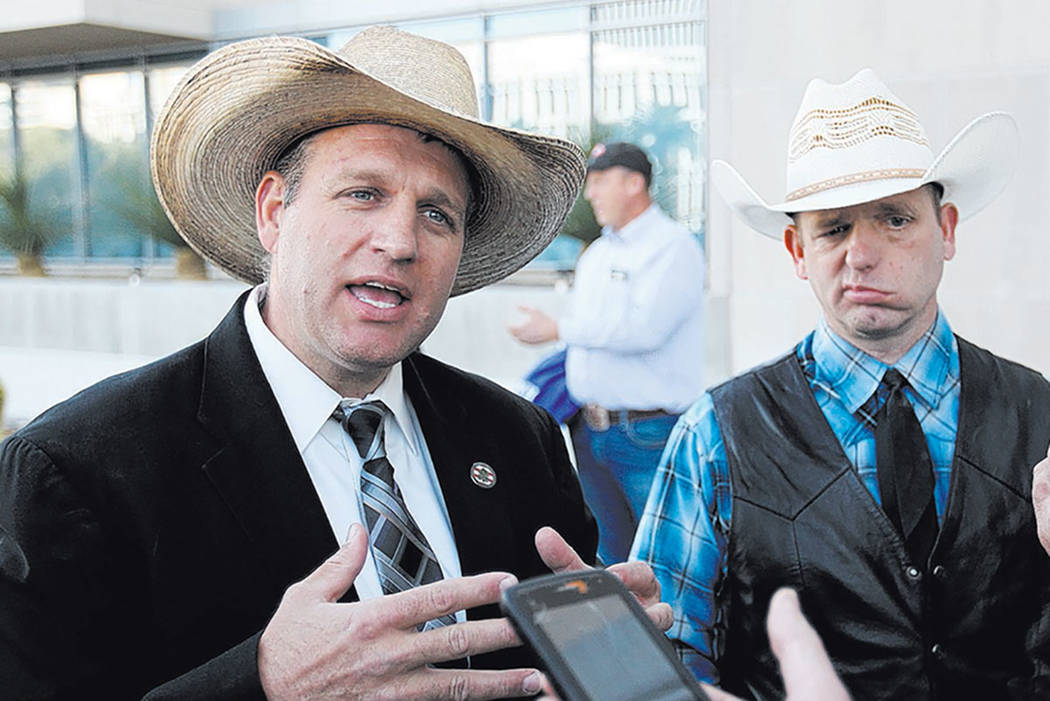 WASHINGTON — As Washington conservatives question whether partisan FBI officials working for Special Counsel Robert Mueller have stacked the deck against President Donald Trump, a criminal case in Las Vegas points to the sort of federal prosecutorial abuses that give the right cause for paranoia.

The standoff, in which both sides were armed, was a national news story that pitted a Western rancher against federal officialdom. Bureau of Land Management officials had tried to seize Bundy’s cattle following a decades-long dispute over grazing fees. The rancher had stopped paying federal grazing fees in 1993 to protest a BLM directive that he cut back on cattle grazing in order to accommodate the threatened desert tortoise.

In the course of the trial, Navarro found that prosecutors failed to share video surveillance, maps and FBI interview reports with defense attorneys. “A mistrial in this case is the most suitable and only remedy available,” Navarro explained.

As the Review-Journal reported, the judge stressed that she did not want her decision to be seen as a signal that the defendants are not guilty.

Navarro’s decision apparently was a reflection on federal officials. It follows release of a memo by BLM investigator Larry Wooten that described “a widespread pattern of bad judgment, lack of discipline, incredible bias, unprofessionalism and misconduct, as well as likely policy, ethical and legal violations among senior and supervisory staff” in the BLM’s Office of Law Enforcement and Security.

In an apparently partisan reference that used a term Hillary Clinton designated for Trump supporters, Wooten wrote that a federal prosecutor said, “Let’s get these ‘shall we say Deplorables.’”

(Likewise FBI agent Peter Strzok and FBI lawyer Lisa Page, who worked on Mueller’s probe into Russian interference in the 2016 election, shared texts in which they called Trump a “loathsome human.” Mueller removed Strzok after he learned of the texts.)

Wooten also wrote that the Bundy case “closely mirrors” the circumstances behind the trial of former Sen. Ted Stevens, R-Alaska.

In 2008, federal prosecutors indicted Stevens, a Republican senator, for failing to report that an oil contractor had paid for renovations on his Alaska cabin. A jury convicted Stevens, who then lost a re-election bid.

Only later did the case fall apart after a Department of Justice probe found prosecutors had withheld exculpatory evidence. Attorney General Eric Holder, who inherited the case after President Barack Obama won the White House, asked the courts to throw out the conviction.

Wooten is no fan of Cliven Bundy who, he wrote, instead of “properly using the court system or other avenues to properly address his grievances, he chose an illegal, uncivilized and dangerous strategy in which a tragedy was narrowly and thankfully avoided.”

Tragedy was not averted in the Malheur National Wildlife Refuge in Oregon last year when law enforcement shot and killed Robert “LaVoy” Finicum during a Bundy-inspired showdown.

“Clearly Bundy should not be made out to be some kind of hero,” observed Jim Burling, vice president of the property-rights-oriented Pacific Legal Foundation. “But BLM and DOJ are doing everything they can to turn Bundy into some kind of martyr, and they’re giving him far more credibility than he should be given.”

Attorney General Jeff Sessions takes the matter seriously. According to spokesman Ian Prior, Sessions “personally directed that an expert in the department’s discovery obligations be deployed to examine the case and advise as to next steps.”

As for the Justice Department, said Burling, “If they want to enforce the law, they should look at the mirror first.”