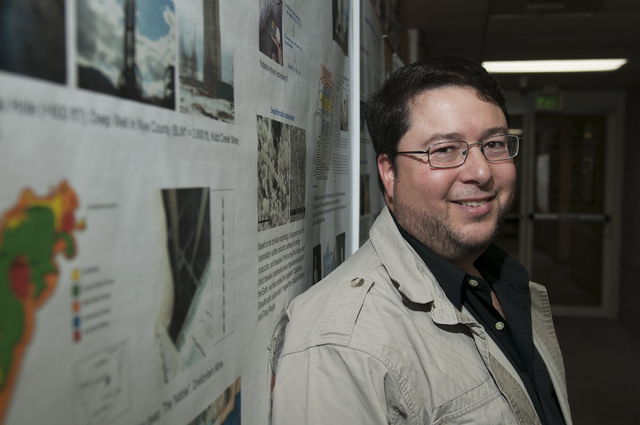 Duane Moser, assistant research professor at Desert Research Institute, poses for a portrait in his lab in Las Vegas Friday, Jan. 3, 2014. Moser and his team were chosen to work with NASA in a project called Life Underground. (Erik Verduzco/Las Vegas Review-Journal) 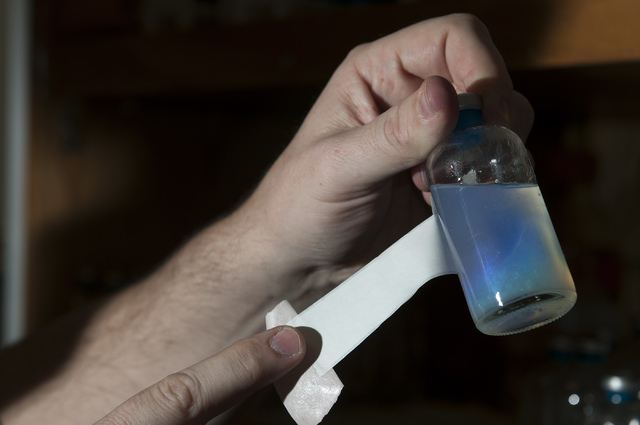 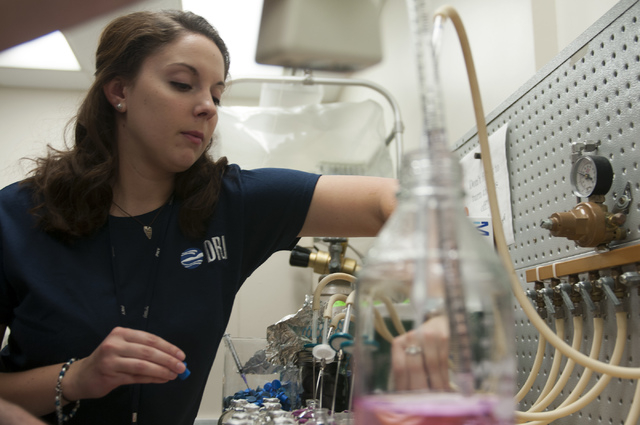 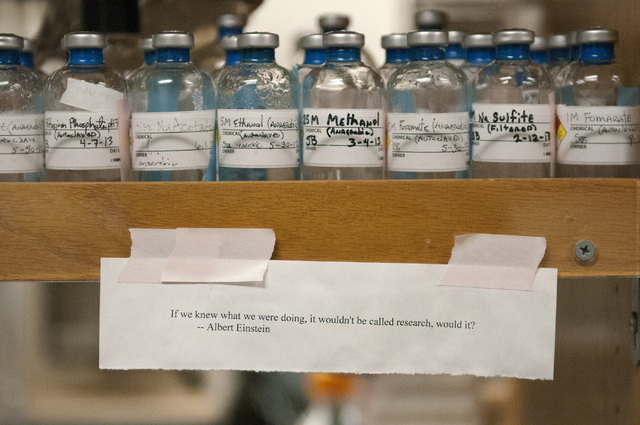 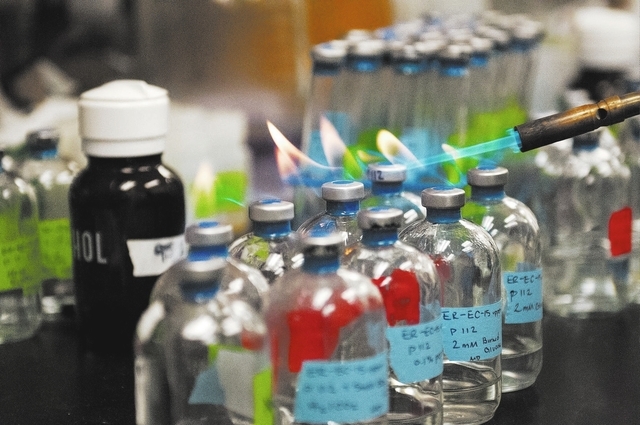 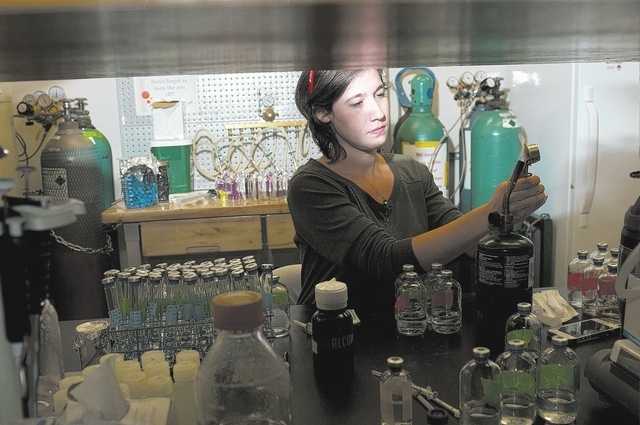 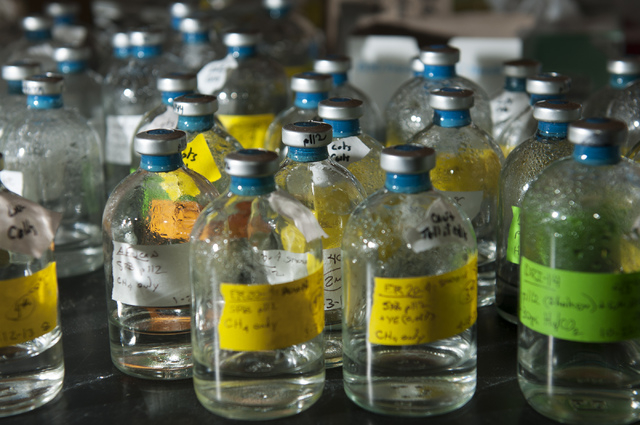 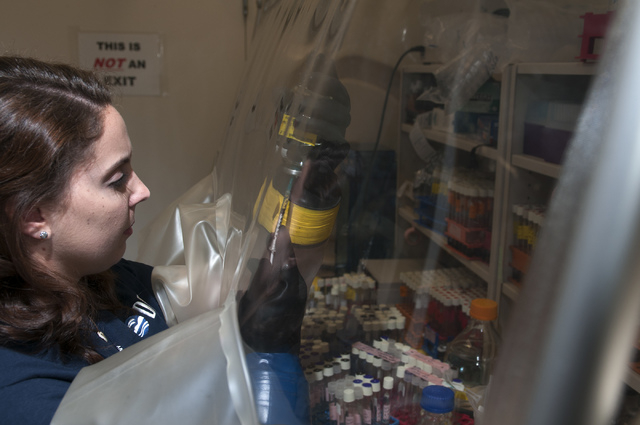 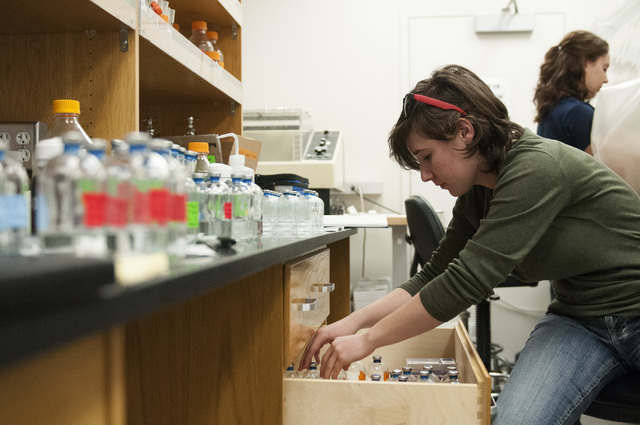 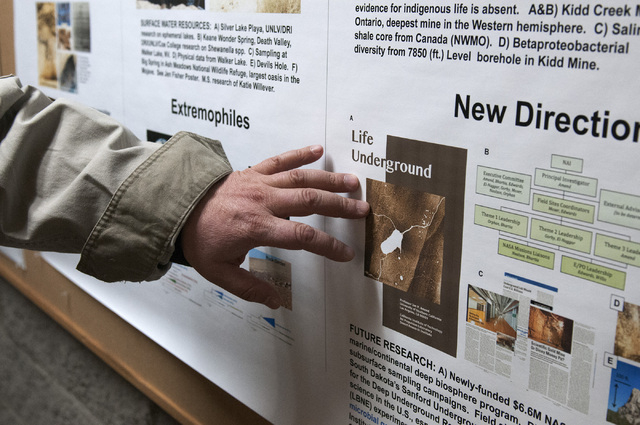 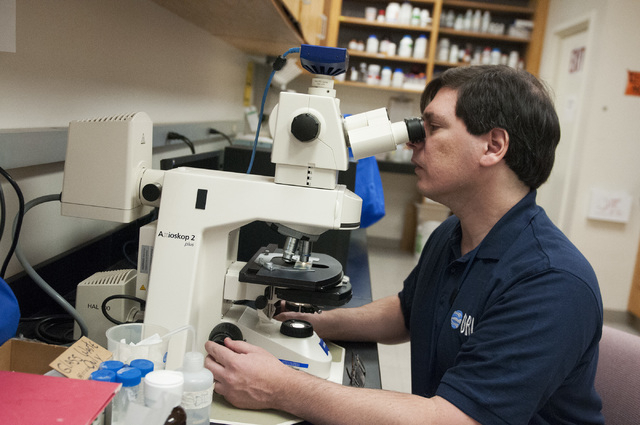 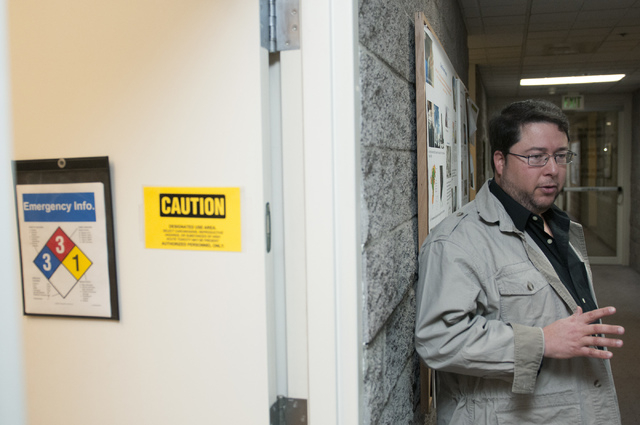 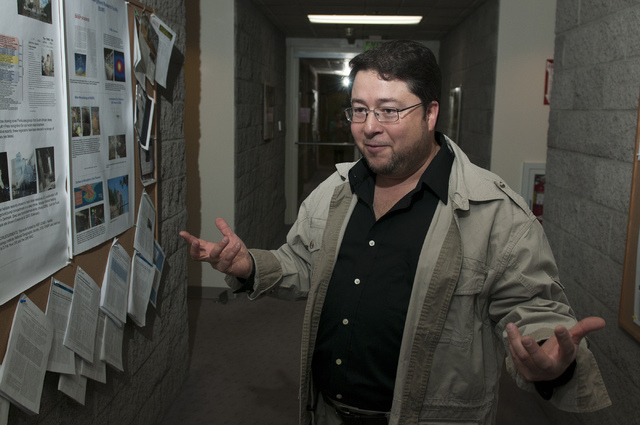 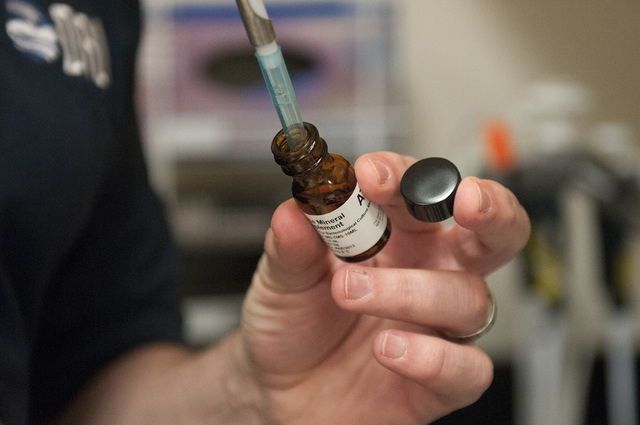 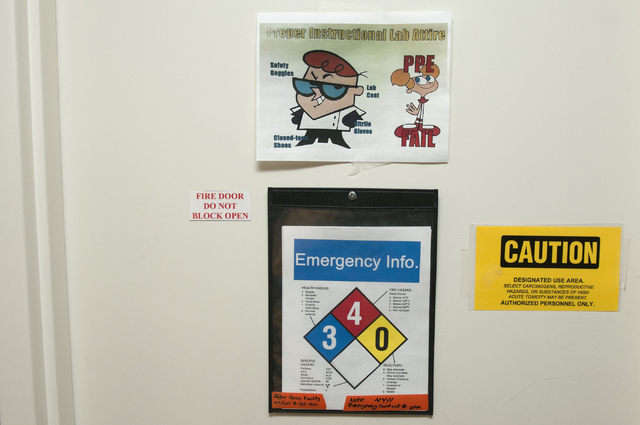 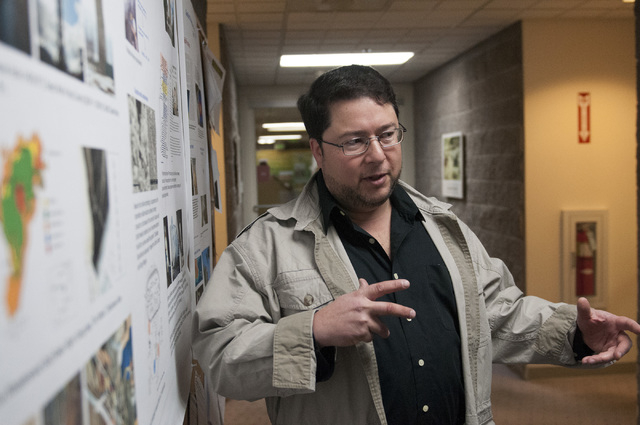 Many people may not know how to pronounce that, let alone what it means.

It’s the name of a life form found deep underground and it was discovered by a team of researchers that included a local scientist.

The bacterium was identified about a decade ago in South Africa, about 2.5 miles underground, said Duane Moser, an associate research professor at the Desert Research Institute, who was in on the find while working for Princeton University.

“It was a big discovery,” he recalled on Friday.

A similar approach used for that discovery could serve as a model to search for evidence of life in extraterrestrial places.

Today, Moser is part of a research team working on a $6.7 million NASA Astrobiology Institute project called Life Underground. Jan Amend, the principal investigator based at the University of Southern California, leads the team and reached out to Moser.

The team’s scientists have investigated life deep underground and also beneath the sea floor. This is the first coordinated project that brings together researchers from those two fields with an eye toward creating a model for detecting life on other planets, Moser said.

Together, they will study microorganisms that live in the Earth’s subsurface biosphere, according to a USC announcement of the grant. The pitch to NASA for this project was that if there is life on Mars or any other planet, it would most likely be preserved below ground, Amend said.

“We argue that if there is life, or evidence of past life, we would find evidence on the subsurface,” he said. “Ultimately, what NASA is interested in is extraterrestrial life. If there is life, great. If there’s no life, why not? But the best planet to study is Earth because we have better access. NASA realizes that we can use Earth as a study site and as a comparable site.”

The team’s work could become a model for collecting evidence of life throughout the solar system, Moser said.

“This is a truly special project,” Moser said. “This had never been done before.”

The team is beginning its second year in a five-year project, Amend said.

“We are just getting things rolling,” Moser said. “I’m proud to be a part of this team. I’m very excited to have this opportunity.”

Before winter ends, Moser will head to South Dakota where the team of researchers will meet at the Sanford Underground Research Facility. Horizontal drilling, which will be done at 4,850 feet underground, is being conducted at the facility for a separate project. Moser, along with other team scientists, will be there to take samples of what’s extracted.

Staff with the Jet Propulsion Laboratory in Pasadena, Calif., which works on NASA projects, will also be there to test life-detection equipment on the samples, Moser said. Those tests will help on future NASA deployments, wherever they may be, he added.

Moser, who is also the field coordinator for NASA’s role in the drilling, will bring samples to his lab at the Desert Research Institute. He plans to extract DNA from the samples to determine what microbes are present and will also try to grow microbes in a recreated environment.

The other team researchers will do similar work in their own labs.

NASA is interested in knowing more about “life as we know it” and “evidence of life as we don’t know it,” Moser said.

Catherine Schell, spokeswoman for the Desert Research Institute, said some of the work taking place at the institute is known internationally and nationally, but not many local people are aware it’s taking place.

Projects like the one Moser is involved in may raise the general public’s awareness and put Nevada in the spotlight, she said.

“I think that the community will think it’s neat that this kind of level of research is taking place here,” Moser added.