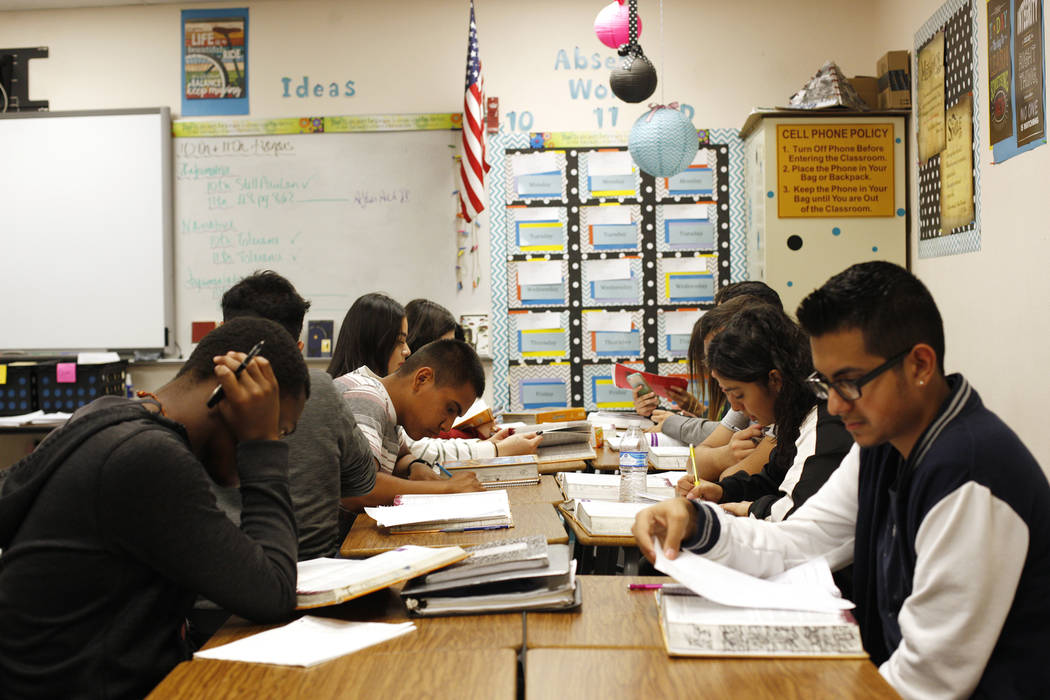 The school is drawing attention because its three assistant principals left during the past semester. One of them, Melanie Snively, was filmed shouting and pushing a student last October. She says she was trying to stop a fight between two kids and now wishes she had reacted differently. Ms. Snively has since retired from the district.

Ms. Snively said one of the problems principals face is that district officials have eliminated their disciplinary tools. Most of the off-site behavioral schools for children with serious disciplinary problems are gone. Go figure that leaving violent students in their normal schools will increase school violence. Over the past several years, district officials have also made it harder to suspend or expel defiant students.

For years, district higher-ups have worked to reduce suspensions and expulsions because minority students, particularly African Americans, were more likely to receive those consequences than their peers. A 2013 district working group concluded that the No. 1 root cause of the disparity was “bias.” A “lack of administrative awareness of disproportionality” was listed as the second root cause.

Principals got the message: Stop as many suspensions and expulsions as possible. They couldn’t eliminate them entirely because state law mandates such consequences for certain infractions. But instead of punitive measures, there was a push for “restorative justice.” In theory, this sounds reasonable. In practice, it ignores the reality of classroom dynamics.

It would be wonderful, of course, if students stopped misbehaving and the district didn’t need to suspend or expel anyone. But watering down discipline doesn’t change behavior. Just the opposite. Students quickly learned that they could push the lines without significant consequences. If you eliminate the consequences for poor behavior, you’re likely to get more of it.

Parents at Basic Academy recognize this, too. They’re upset the district allows a few students to disrupt and diminish the education of the vast majority of well-behaving kids who are there to learn.

Superintendent Jesus Jara didn’t start the district’s push for restorative justice, but he’s been a strong proponent of it. It hasn’t worked. Mr. Jara should better balance the competing interests of minimizing suspensions and fostering a safe learning environment by giving teachers and principals more leeway to deal with unruly students.