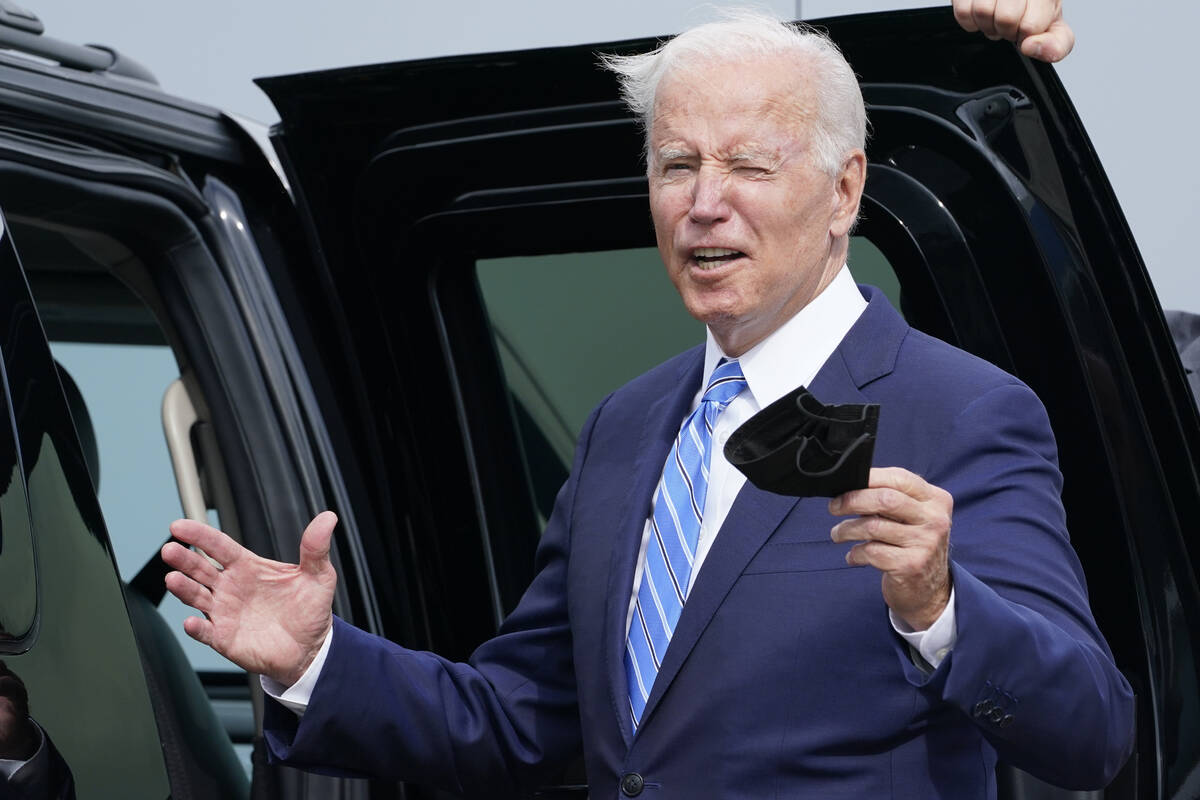 The most famous quotes Bill Clinton ever uttered as president were whoppers. Think: “I did not have sexual relations with that woman,” or, “I didn’t inhale.” Less than one year into his presidency, Joe Biden is on a similar course, telling the American people that “my Build Back Better agenda costs zero dollars.”

In fact, the social “infrastructure” bill now pending in the Senate will cost much more than the $2 trillion that the administration admits, which, of course, is far more than “zero dollars.” Last week, the Congressional Budget Office noted that the legislation would actually separate taxpayers from their money to the tune of $5 trillion if its new programs are made permanent.

That’s an additional $3 trillion added to the deficit over 10 years.

This is a debate that Republicans should relish. Democrats purposely included bogus sunsets in the bill for new entitlements involving child care and universal preschool in order to lowball the measure’s true costs. Yet they have publicly proclaimed that they have no intention of ever letting any of these programs expire. The cynicism is astonishing.

In response, Sen. Lindsey Graham, R-S.C., and Rep. Jason Smith, R-Mo., requested that the CBO rescore the act under the premise that the programs will remain in place for the next decade, precisely as Democrats intend. “Nobody believes these programs were going to end,” Sen. Graham said. “They will never go away if you leave it up to the Democratic Party.”

The Wall Street Journal noted this week that the CBO itemized spending on 18 new programs in the Build Back Better legislation passed by the House and concluded they will cost $3.477 trillion over the next decade, compared with the $889 billion that Democrats claim as the price tag.

Indeed, $5 trillion is a far more accurate spending estimate than the phony, gimmick-laden accounting flimflam that the White House prefers. Those who think that $2 trillion is a reasonable assessment of the long-term costs of this massive government expansion would likely also be interested in entering a can’t-miss investment opportunity with a Nigerian prince.

Democrats claim they will eventually pay for the additional spending necessary to keep the new entitlements in place with new taxes on the rich or promised savings in other areas. Yeah, sure. If that’s the case, let them come clean about the details before ramming this partisan mess through Congress by the slimmest of margins all while willfully deceiving taxpayers about their obligations as Bidenflation eats away their paychecks.