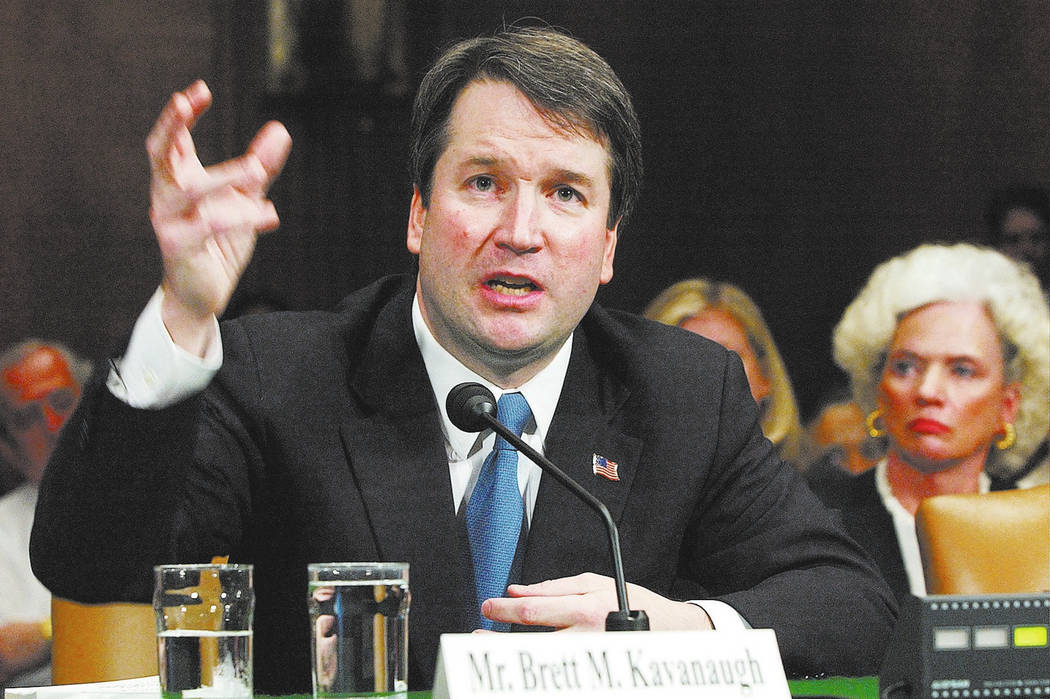 Christine Blasey Ford, the California professor who has accused Supreme Court nominee Brett Kavanaugh of sexually assaulting her in 1982 when they were high school students, came across as genuine and believable as she testified before the Senate Judiciary Committee on Thursday. Maybe Ford was telling the truth, but she offered no substantial corroboration for her charge against Kavanaugh.

Ford has accused Mark Judge, Kavanaugh’s friend, of participating in the incident, so she suggested it’s no surprise if Judge denied her charge. But the other two, P.J. Smyth and Leland Ingham Keyser, issued statements denying any knowledge as well.

Through her attorney, Keyser, a longtime friend of Ford’s from high school, also stated that she does not know Kavanaugh.

Ford has a therapist’s notes from a counseling session in 2012 in which she discussed the alleged event without naming Kavanaugh. She also passed a polygraph test. But that’s not enough to meet the burden of proof.

The media narrative about this story is that women who accuse men decades after alleged abuse should be believed because victims frequently don’t report offenses. That takes the burden off the accuser and dumps it on the accused.

By her own account, Ford did not tell a soul about the incident until she got married in 2002. There is no contemporary corroboration.

Asked about Keyser’s statement, Ford could only shrug, “Leland has significant health challenges, and I’m happy that she’s focusing on herself.”

“She let me know that she needed her lawyer to take care of this for her, and she texted me right afterward with an apology,” Ford added.

Ford also said that she would have preferred to be interviewed by committee staff in California — somehow unaware that Committee Chairman Chuck Grassley, R-Iowa, had publicly offered to arrange just that.

At one point, Rachel Mitchell, the Arizona prosecutor brought in to question both Ford and Kavanaugh — although she disappeared during Kavanaugh’s testimony — asked Ford how she got to Washington.

“In an airplane,” Ford replied — an answer that contradicted her lawyers’ contention that she could not testify earlier because of her fear of flying. Ford’s answer suggested that her lawyers were working in concert with Democrats to delay a vote on Kava- naugh’s nomination in the hopes that they take back the Senate in the upcoming midterm elections.

There’s nothing wrong with Democrats trying to delay a confirmation vote, but there is something foul in the character assassination techniques they’ve used to jam the works.

Friday after Sen. Jeff Flake, R-Ariz., moved to delay a Senate vote to confirm the judge, Trump ordered an FBI supplemental investigation into the allegations — a probe that “must be limited in scope and completed in less than one week.”

That’s fine, but will it be enough?

Even before that, some Democrats had jumped from demanding an FBI investigation not only on the Ford charge, but also on flimsy stories such as a New Yorker piece about a former Yale classmate who accused Kavanaugh of exposing himself at a booze-filled dormitory party. The New York Times also reported on the accusation while noting it could not corroborate the charge.

A third woman accused the judge of orchestrating parties at which girls were gang raped — something it is impossible to believe the FBI would have missed during its six background checks of Kavanaugh.

In 2017, the Democrats were stunned. In 2018, after a year of sparring with Trump, they’re looking for payback, and they’re not exactly particular about how they get it.