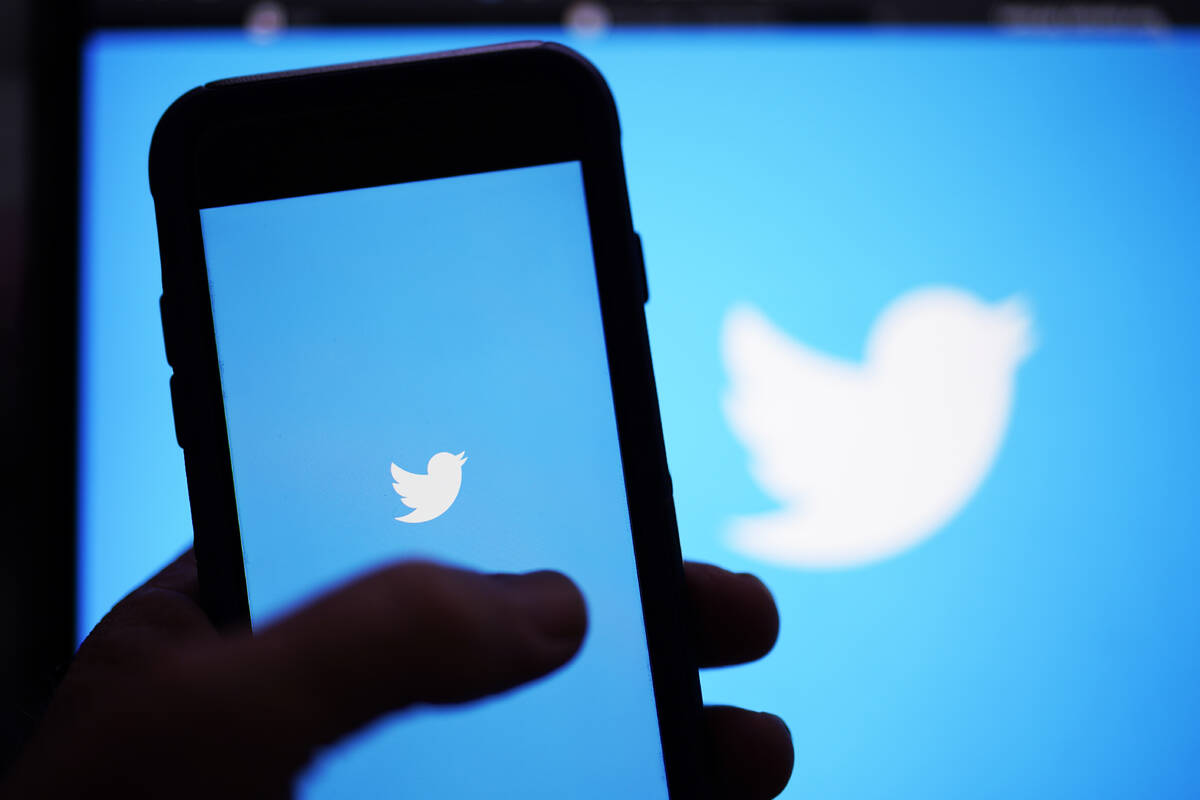 The Twitter application is seen on a digital device, Monday, April 25, 2022, in San Diego. Elon Musk reached an agreement to buy Twitter for roughly $44 billion on Monday, promising a more lenient touch to policing content on the platform where he promotes his interests, attacks critics and opines on social and economic issues to more than 83 million followers. (AP Photo/Gregory Bull)

Tax-credit entrepreneur Elon Musk — behind electric vehicle maker Tesla and aerospace company SpaceX and now reportedly the richest man in the world — is trying to buy Twitter for a mere $44 billion. And if he does, he says he’ll reverse the permanent ban on the former president imposed after Trump’s incendiary comments at a Jan. 6 rally preceding a riot at the U.S. Capitol. (Musk tweeted on Friday that the deal is temporarily on hold.)

Since the ban, Trump has been reduced to issuing statements from Mar-a-Lago on White House-like letterhead or live-screaming his thoughts to rally audiences. But it’s nowhere near as big an audience as he had on Twitter: about 89 million followers.

There’s supposedly a question as to whether Trump even wants to come back to Twitter (he does). But in the wake of his ban, he’s formed his own social media platform, dubbed Truth Social, headed up by former California Rep. Devin Nunes. And with a record of success that includes Trump Steaks, Trump Vodka, Trump University, Trump Airlines and Trump Magazine, what could possibly go wrong?

But seriously, folks: Trump loves an audience, and Twitter has the biggest one out there. He’ll be back.

Musk said that “permanent bans fundamentally undermine trust in Twitter as a town square where everyone can voice their opinion,” adding, “I think it was a morally bad decision.”

But Twitter is less a town square and more like a fetid sewer of hatred, bile, sexism, racism and misanthropy overflowing with nihilism and contempt for humanity. And the phrase “moral decisions” and “Twitter” are rarely found in the same sentence — unless that sentence is, “A really good moral decision is to never look at Twitter.”

Occasionally, however, Twitter serves up something profound, or beautiful, or useful, or thoughtful.

While Musk gives off strong Bond villain vibes, he’s not wrong about the need to restore the value of free speech in the country’s political debates, even if that speech is vile, crude, denigrating, outrageous or false.

That’s right, even speech that is false.

This is not about the First Amendment, which operates to prevent the government from censoring you. The Constitution doesn’t give you the right to access private platforms such as Twitter, nor does it confer on you the right to, say, force a billboard company to carry your message, a social media platform to host your random thoughts or the Review-Journal to publish your letter to the editor.

The idea of free speech is broader and founded upon the concept that a robust exchange of views will help reasonable people weed out bad ideas and retain good ones. That is admittedly more difficult in an age in which nations and groups create intentional disinformation campaigns. But there are cures worse than the disease.

Recently, we learned the Department of Homeland Security has a “Disinformation Governance Board,” which is ostensibly designed to combat false information spread by human smuggling organizations or foreign states such as Russia, China and Iran. The board’s name sparked some outrage among Republicans, who fear the government is coming for their rights.

Homeland Security leaders said the board will not police the speech of American citizens. And honestly, when has the government ever lied? Except for Vietnam, Watergate, WMDs in Iraq, the Tuskegee syphilis study, the child-separation policy, keeping your doctor if you like your doctor, the Afghanistan withdrawal, not having sexual relations with that woman and that one time we made the Germans believe Patton was going to invade at Calais. (Although that last one was righteous.)

Government should not police free speech — the temptation to censor critics is irresistible to any incumbent administration. But the government does have a role in putting out accurate information. During the 2020 election, for example, Secretary of State Barbara Cegavske’s office had a “myths versus truth” website designed to counter misinformation about the election. Turns out, she was prescient.

Like it or not, restrictions on speech are never the answer, even if that speech makes you angry, afraid, hurts your feelings, offends your sensibilities or is manufactured in a Russian troll farm. It’s the hard work of American citizenship to educate yourself to know what is true and what is false.

Sure, there are people suckered in by bad speech. That’s why we all get 25 calls a day about extending our car warranty and why too many people believe the 2020 election was stolen.

So if Musk ends up buying Twitter and Trump returns, be prepared, be skeptical. In fact, that’s good advice in general. Don’t trust. Always verify.