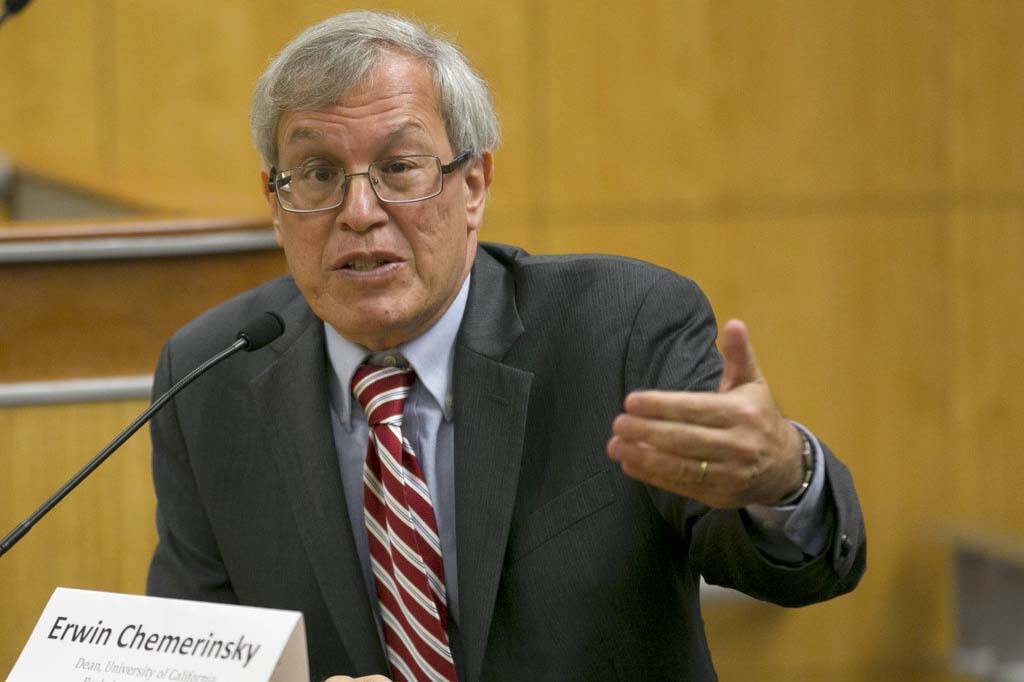 On the issue of abortion, Nevadans have always considered themselves safe from the roiling national political and legal debates.

Nevada’s law allows abortion until the 24th week of pregnancy, and after that, if a doctor determines its necessary to preserve the life or health of the mother.

And while other states — most recently Texas and Mississippi — have been passing laws to circumscribe abortion rights, in Nevada, that can’t happen. Back in 1990, the state’s abortion law was put up for a public vote; it won approval 63 percent to 37 percent.

Because of that referendum, the law can’t be changed without another vote of the people.

That means that even if the seminal rulings in Roe v. Wade (1973) and Planned Parenthood v. Casey (1992) were to be overturned, abortion would remain legal in Nevada.

That may not be the case everywhere, however.

At the Los Angeles Times Festival of Books April 22-24, a panel tackled the issue of changes coming to the U.S. Supreme Court, in part because of President Donald Trump’s trio of appointments.

One member of that panel, Erwin Chemerinsky, dean of the U.C. Berkeley law school, said that if Roe is overturned, then many of the other liberties that rely on its reasoning could be in jeopardy, too. That’s not just the right to abortion, but the right to marry, to procreate and other essential liberties.

In the event Roe is overturned, individual states would regulate abortion. In Nevada, state law would protect the right. But in other states, it could be outlawed entirely. According to the Guttmacher Institute, five states — Alabama, Arkansas, Louisiana, Oklahoma and Utah — define life as starting at conception.

Chemerinsky says it’s unlikely the Supreme Court would rule that personhood begins at conception and make abortion illegal everywhere. It’s equally unlikely that Congress would be able to pass a law either outlawing abortion or making permanent abortion rights, thanks largely to the Senate filibuster.

But it is likely that Roe may be in its final days as guiding precedent. “I’m petrified. I think Roe is going to be overturned,” Chemerinsky said in an interview.

That means the right to abortion — and other, related rights — will be determined not by law and precedent, but by geography and arcane Senate rules.

States may secure more freedoms in their laws and constitutions than are afforded by the U.S. Constitution, Chemerinsky told the book festival audience. But if the Supreme Court finds that something is unconstitutional — say by overturning Roe, which allows abortion up to between 24 and 28 weeks of pregnancy — then no state-level provisions would protect those rights.

Still, Nevada would be in the clear, except in the unlikely event that Congress is able to fully outlaw abortion and a Supreme Court majority acts to uphold that law.

The fact that we’re even having these conversations is a function of recent history: Since 1960, Republicans and Democrats have held the White House for a roughly equal number of years. But during that time, Republicans have been able to appoint twice as many Supreme Court justices as Democrats, Chemerinsky said.

And when the interpretation of law becomes indistinguishable from the making of laws in the political branches, people tend to lose confidence in the courts. Gallup in 2021 found the court’s approval at its lowest ebb in history, 40 percent.

And the relative youth of some recent appointees, including Justices Brett Kavanaugh and Amy Coney Barrett, means a rightward tilt could endure. “This is going to last a long time,” Chemerinsky says.

That’s not exactly a mandate for congressional or state action.

But public will doesn’t always translate into public laws or court decisions. So while Nevadans may be protected against all but the most sweeping changes to abortion law, the rights that many have come to accept as settled law could be far more ephemeral than we previously thought.