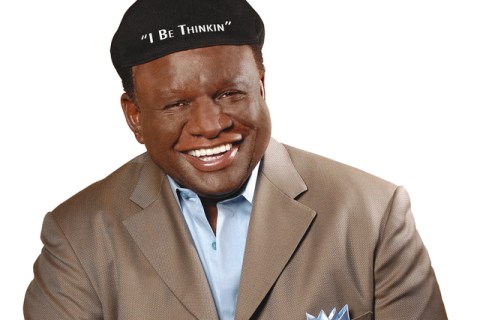 Comedian George Wallace says he is ending his 10-year residency at the Flamingo on April 27, mostly because of the legwork involved in promoting it. Wallace made the announcement the same day a Las Vegas jury awarded him $1.3 million in litigation over an injury he suffered performing in a private party at the Bellagio in 2007.

I wasn’t even in Las Vegas last Sunday night. And if I was, I probably would have been turning in and not down at the Plaza at 11 p.m.

For three shows, DIY is way to go
MIKE WEATHERFORD

What do “Le Reve,” “Jubilee!” and the Stratosphere’s upcoming “Pin Up” have in common?

What will go in Trop’s fresh new space?
By MIKE WEATHERFORD / RJ

Tropicana Las Vegas President Alex Yemenidjian says he was “not proud” of his hotel’s vintage showroom, which perhaps had a subconscious effect on how it underperformed in recent years.

Dancer’s complaint could have impact

Respect for elders, even with blue heads

Acts’ shine after ‘Talent’ may fade rather fast

Director unfazed by scale of shows
1 2 3 Next