If you are having problems accessing today’s e-Edition, please click on this link VIEW E-EDITION
Story by Ascend Agency for Suraj
April 25, 2022 - 8:14 am 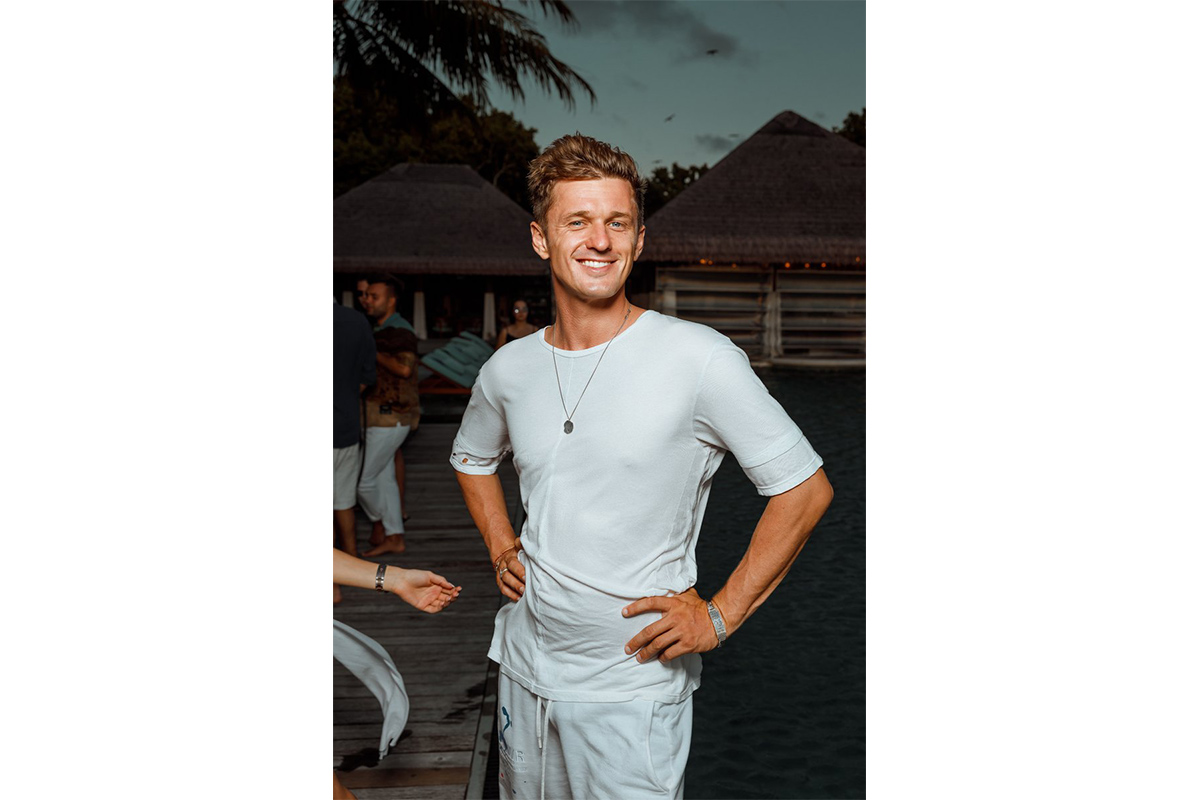 “The mission of my life is to change the system, to create a new state where I can realize my views that will help society function more efficiently and become more harmonious and happy.”— Felix Demin, Entrepreneur.

Felix deals with hotels creating software for their management. He lived in China for three years, visited 67 countries, and has called Bali home for eight years. He is very successful in Bali, working on several projects:

How this entrepreneur was created

Felix was born in a working-class family in Russia, where his father labored as a welder, but with the collapse of the USSR, there were economic problems. Felix started to sell chewing gum at a young age to earn extra income. When he was 12 years old, Felix created a bank of keps at school. They were very popular at the time, and he started to exchange them for other items, which he handed over to а commission shop. This is how he made his first revenue from creating a business.

While studying at the university in St. Petersburg, Felix operated a catering business and opened several stores, including in Nevsky. Initially, he invested only his own money in all projects and earned his first million dollars at the age of 19. Then he implemented a successful project to sell robotic vacuum cleaners imported from China. The first batch, costing hundreds of thousands of dollars, was purchased with the money of customers. Vacuum cleaners were sold through coupons and were so successful that the experience was discussed at business meetings.

In his second year at university, Felix visited China, planning to stay for a month, and stayed there for three years. He never graduated from the university, but this didn’t prevent his success. He spent time in the markets of China, marveling at the variety of goods, studying and comparing them. It was then that the trading and logistics companies were born, which are still going strong today.

Felix briefly returned to Moscow after China and, in 2013, flew off on a trip around the world, during which he got acquainted with Bali. At that time, he didn’t imagine that he would live and create successful businesses in Bali.

His story of entering the hotel business.

“The idea to create hotels in Bali came about when I arranged a romantic date for a girl on the beach with a tent, rose petals and a fire. I understood that romance is very important for women, and some men are too lazy to do it. Therefore, the idea appeared to cover the needs of both parties. At the same time, I remembered that you need to create something unique and interesting to overcome your competition. It was necessary to create a new product. I realized that the atmosphere, beauty and appearance are important. I wanted the project to become viral so that people would share photos and impressions about it,” explains Felix.

This is how an unusual shape resembling a bubble was invented. The first one was ordered in China, patenting the production technology. Even before the hotel’s construction, all the rooms were booked up several months in advance. The last preparations ended a few hours before the first guests’ arrival.

Even though the guests were completely delighted and liked everything, it became clear to him what should be done to bring the rooms to perfection.

It took $5,000 to build and open one bubble. But for everything to be beautifully and adequately organized, including furniture, decoration, fittings, and infrastructure, the cost rose to $30,000. Add a pool and the cost becomes $50,000. But he made the investment.

Money is earned not only from the sale of the rooms but also from the sale of more than 120 additional services: decorating the room with rose petals, candles, selling treasure hunt quests, organizing bonfires, renting a telescope and other amenities. This is how the profitability of the business increases significantly.

Felix receives offers from investors or offers to sell this hotel chain from time to time. But the business has good profitability, and the entrepreneur sees no point in selling it. He has built three hotels with 26 rooms.

A separate IT project has grown from the needs of the hotel business—a software designed for hotel owners, which displays all key indicators, tasks for staff and a training platform. The software is being used in the Bubble Hotel Bali. The version for clients is currently being developed with good feedback. While making a high-quality IT product for a client is difficult and time-consuming, it is worth the ROI for Felix.

Another successful business is a construction company that creates turnkey villas in Bali with amazing views. The price includes land and all infrastructure. When the villa is built, the owner gets a house, bringing him income. The owner can rent it out for a short-term lease or sell it—the cost of the finished villa increases by 30 percent.

Business in Bali features its own peculiarities. For example, when buying land, it is necessary to negotiate not with one person but with the whole family, which can include up to 100 people. The discussion and approval of the issue take place at the family council. No one could buy the land in Ubud, which Felix eventually bought, because it was necessary to negotiate with many people. But this entrepreneur’s patience played a role in his success.

There are also construction peculiarities. No one can build any building 15 meters from the temple. Builders need to consider green areas, and the ditch in the irrigation system may belong to another household. All this must be taken into consideration. But Felix is an expert navigator, which leads to his success.

Working on a network of hotels based on the fuselages of old aircraft is another project. An old Boeing 737 has been bought. Several stages of the project have been completed, including cutting, delivery, assembly, installation with cranes, and obtaining all permits and licenses. Since there is no license for dwelling on an airplane, a camping ground license was obtained because, as a structure, this hotel can be assembled and disassembled.

Alexander Lebedev became the investor in the project, settling all of the legal issues in four months.

“You should understand that when something unique is created, it adds a lot of complexity,” says Felix.

There is no partner in business, but each project has a strong team that solves many issues on its own.

“When I start a business, as the owner, I’m completely immersed in the project; then a team is built to deal with this,” Felix explains.

When studying with Polonsky, Felix was inspired by the idea of self-profitable self-developing systems and the knowledge of how to create projects where employees build business processes themselves. One of the essential principles is to give people more autonomy and hire staff who can think and make decisions. With this approach, it is crucial to make a clear and transparent system of motivation and quality control for departments.

There are about 15 top managers for all projects, including hotel managers, engineers, quality control and technical supervision.

They searched for people for the Russian team by creating a database of about 10 thousand people and sending automatic messages via e-mails and SMS with vacancy descriptions and a link to filling out the form with the company presentation. They received about 500 responses, filtered the questionnaires, sent out a test task, then conducted the second and third rounds of the test task. This is done with almost every position.

There are no regular coordination and meetings. Instead, communication through correspondence in messenger is used with all key people. For each person, there are key tasks that Felix monitors every day, but he has faith in the people he has hired.

Felix has been doing daily meditations in the Headspace app for seven years. It helps him to stay focused and concentrate on his goals.

“Focus is one of the most important things to achieve the goal. The ability to focus gives conscious decisions.”

“When you start to deal with yourself and come up with the idea that only you choose the state in which you are, there comes the understanding that there is no point in being in a bad, depressed state. Positive thinking is part of working on yourself.”

Felix listens to over 10 books a month. The best books from this entrepreneur’s point of view are:

In Felix’s opinion, business skills aren’t the most important thing for an entrepreneur; the main thing is to be a strong and harmonious person.

“Business is one of the areas of life, a way of self-realization and a way to give to the world,” he explains.

It is important to develop in different areas, play sports, as well as continue training such as in the field of programming, strengthen relationships, learn languages, take courses in NLP practice to understand yourself, understand how to communicate correctly, and how to master effective tools.

“When all areas of life are in balance, it is easier to achieve. When you are in a state of happiness, you can create more.”

His advice for others is to do business for your own pleasure, develop yourself and be harmonious.