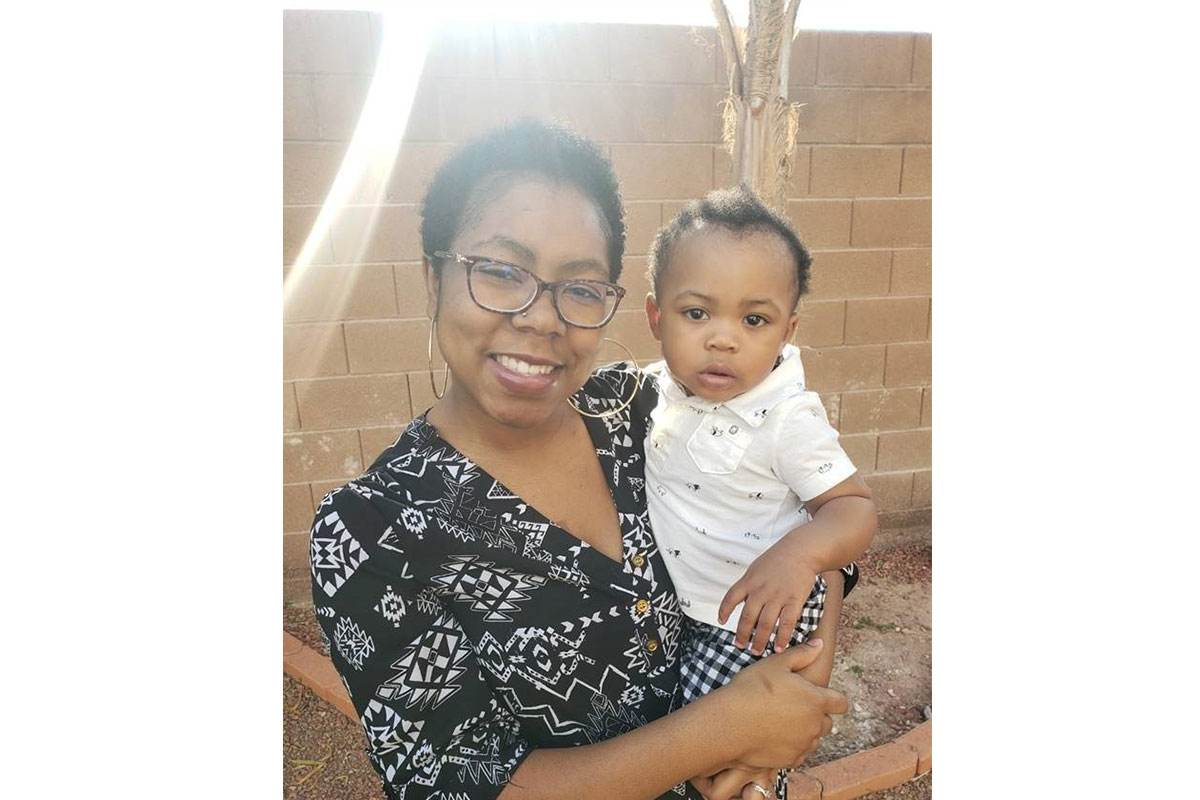 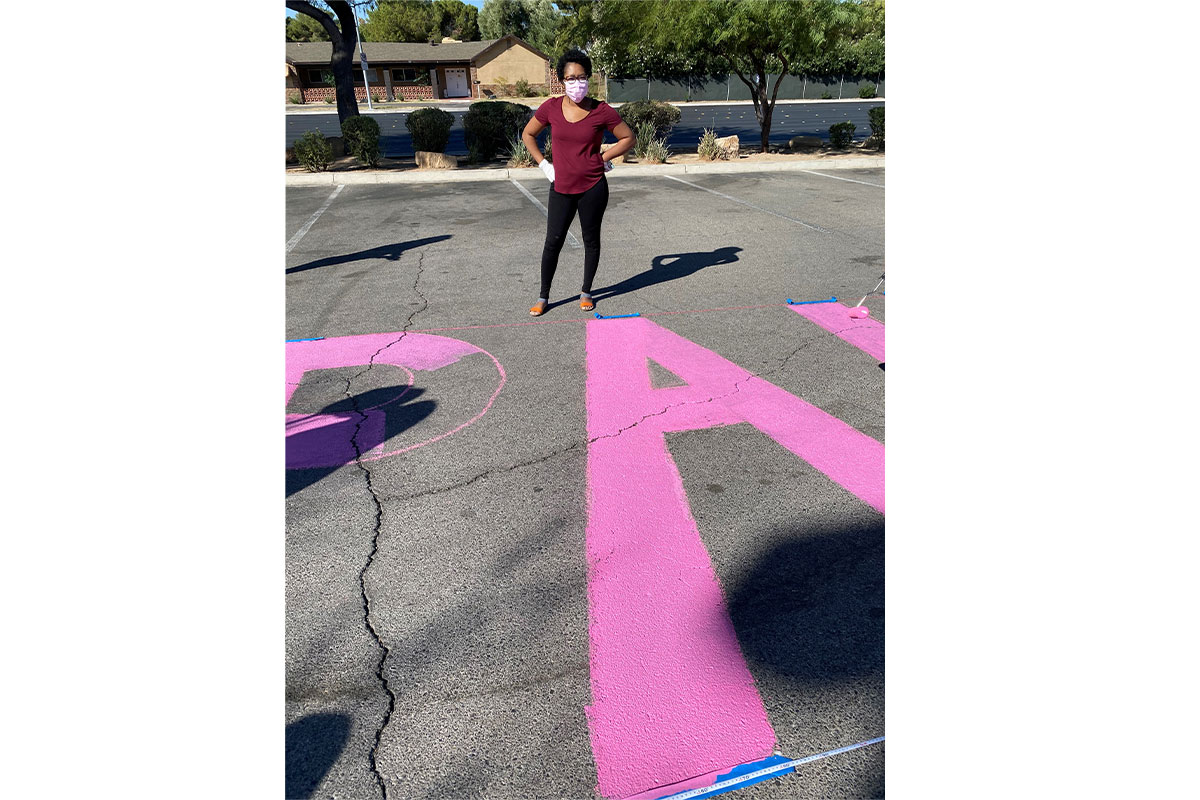 On Oct. 16, during the UNLV/Utah game at Allegiant Stadium, a local hero and breast cancer survivor will be honored. Her name is Kristen Louis and, to the team at Comprehensive Cancer Centers of Nevada (Comprehensive) and so many, she has such a beautiful story of perseverance and advocacy.

Looking at her adorable 2-year-old boy, you would never know the journey he and his mom have gone through to get here. In late 2018 when Kristen was just 30 years-old, she noticed a small dimple in her right breast.

She made an appointment with her OB-GYN and, surprisingly, learned that she was pregnant. Fortunately, her doctor didn’t write off the dimple as being related to the newly discovered pregnancy and ordered additional testing.

After an ultrasound and biopsy, Kristen was diagnosed with hormone receptor-positive, HER-2-negative early-stage breast cancer. She was referred to Comprehensive, where she first met her medical oncologist, Dr. Stephani Christensen.

After examining her options, Kristen decided on a chemotherapy and lumpectomy path. At first, embarking on a chemotherapy journey while pregnant was a bit startling. But, Dr. Christensen – and the data she was armed with – reassured her that it was totally safe.

Kristen endured a lumpectomy and completed eight rounds of chemotherapy, seven of which while she was pregnant. And, yes, amid her courageous treatment, Kristen gave birth to a healthy and vibrant baby boy.

She then had another lumpectomy, a mastectomy and completed a series of radiation treatments.

The goal of the trial is to further reduce the risk of breast cancer recurrence and involves evaluating a drug called ribociclib in conjunction with conventional endocrine therapy.

Kristen began her NATALEE trial in March 2020 and, to-date, has done really well with very little side effects. She’s done so well, that she is out and about in the community participating in advocacy events – notably the “Paint Nevada Pink” initiative in Comprehensive’s parking lot last year, among so many other endeavors.

The trial has given Kristen, as well as her physicians at Comprehensive Cancer Centers, hope. And, over time, hopefully, this trial will make a broader, positive impact on patients throughout the world.

Comprehensive Cancer Centers, an affiliate of The US Oncology Network, participates in more than 170 Phase I, Phase II and Phase III clinical research studies each year and has played a role in developing more than 100 FDA-approved cancer therapies. For more information on the practice’s latest trials, visit www.cccnevada.com or call 702-952-3350.