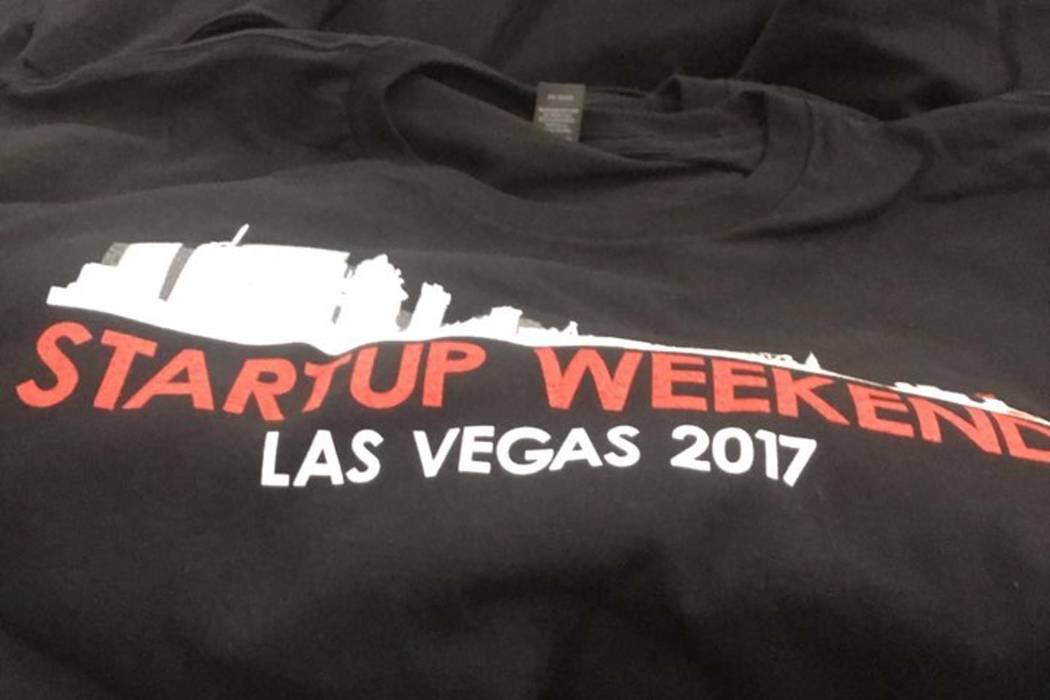 Daniel Lopez came to Techstars Startup Weekend in Las Vegas with an idea he’s been carrying around with him since 2015.

He left Startup Weekend with a minimum viable product called SureStep, a team and the loot that comes with winning first place.

“I almost didn’t go,” Lopez said. “I was just going to see what it was, and I thought it would be a fun weekend.”

SureStep is an app intended to solve issues in the drug treatment court system, which hears cases involving adult defendants with drug abuse and/or addiction issues.

Around 3,000 such courts were operating in the U.S. as of June 2015, according to the National Institute of Justice. Under the supervision of a judge, people deemed addicts agree to undergo mandatory sobriety meetings, group therapy sessions and random drug testing.

Lopez said he found himself in the Nevada drug court system in 2014, after getting three DUIs in the span of seven years.

He said he’s completed the three-year program and has been sober for four years and counting.

“Going through the program let me see things through other people’s eyes. People who had it much harder than I did,” he said.

Going through the program also let him see where things could be improved in the drug court system.

As part of his court-mandated program, he had to get drug tested twice a week.

“Currently, you have to call a phone number every day to know if it’s your day to test,” he said. Participants are assigned a color, and then they are required to call the number and check whether their color is to be tested that day.

In January 2015, Lopez said he forgot to call to check the daily color. As a result, he missed a drug test and was penalized by spending 48 hours in county jail.

A program developer, Lopez found a way to prevent that from happening again. He created a program that called the number on his behalf. Then, using voice recognition, the program alerted him of the color of the day.

He said he hopes that SureStep is implemented in counties across the country to help people stay on track through the drug court process and to replace antiquated ways of assigning randomized drug tests.

“Our system will generate random colors and post it on the app and send out text messages and a voice recording as well,” he said.

Lopez said he is excited to turn SureStep into a business. He and his team are still developing a business model, but he envisions a metered service plan, under which each county or treatment center could choose which features to turn on and off, and the price would depend on how many participants use the app.

Ciara Byrne, one of the judges at Startup Weekend, said SureStep was “unique” and “unexpected.”

“I think, once they show it can work in one county, it will be a good pilot,” Byrne said. “I can see how an app would streamline things.”

One of the organizers of Startup Weekend, Kenny Eliason, said he hopes to organize additional events throughout the upcoming year.

“One of the problems with these kinds of events is they don’t get a lot of traction if they don’t happen all of the time,” he said. “Also, it’s a big commitment to set aside a whole weekend for people, so we can make smaller events to help keep startup ideas churning out of Las Vegas.”

Eliason said it is helpful for entrepreneurs to have as much practice as possible in pitching their ideas.

“All those people that spent around 50 hours together, they learned so much from each other,” she said.