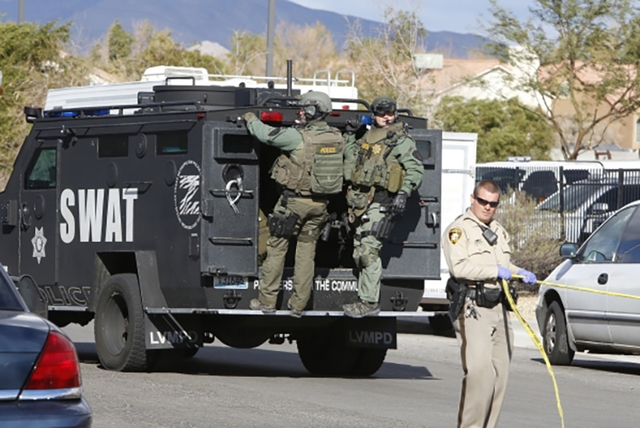 Metro SWAT unit and a Metro officer are on scene of a barricade situation near the intersection of Craig Road and Nellis Boulevard on Monday, Dec. 14, 2015. Bizuayehu Tesfaye/Las Vegas Review-Journal Follow @bizutesfaye 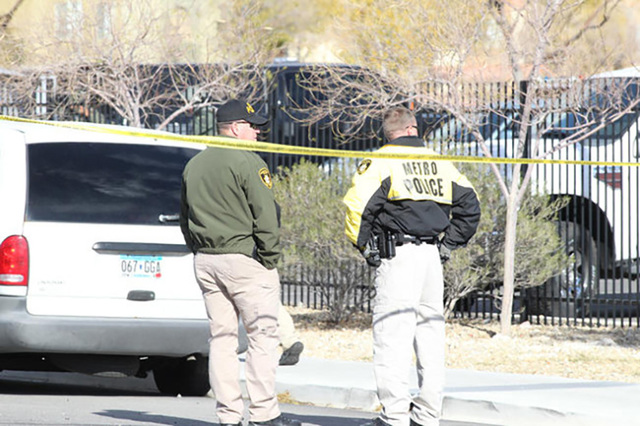 A Metro SWAT unit is on scene of a barricade situation near the intersection of Craig Road and Nellis Boulevard. (Bizuayehu Tesfaye/Las Vegas Review-Journal)

Kimberling, 48, was shot and killed by SWAT team snipers after she pointed a shotgun in the direction of Las Vegas police officers on Dec. 14 outside her 4564 Aviation St. home, about a half mile from Nellis Air Force Base near the intersection of Craig Road and Nellis Boulevard.

The district attorney’s office laid out its case Wednesday during a public review of the incident. Fact-finding review hearings are meant to provide the public with the evidence that led to the decision and with an ombudsman to question investigators on the public’s behalf.

Detective Ryan Jaeger, from the Metropolitan Police Department’s force investigation team, explained that Kimberling had ingested a large amount of prescription drugs and wanted officers to kill her.

Neither of the SWAT snipers who shot Kimberling, officers Charles Moser and John Collingwood, gave statements to investigators beyond the “public safety statements” all officers have to give after firing a weapon on duty.

Jaeger said that, although his team did not interview the shooters, they likely were worried about the safety of neighbors in nearby homes, as well as their own safety.