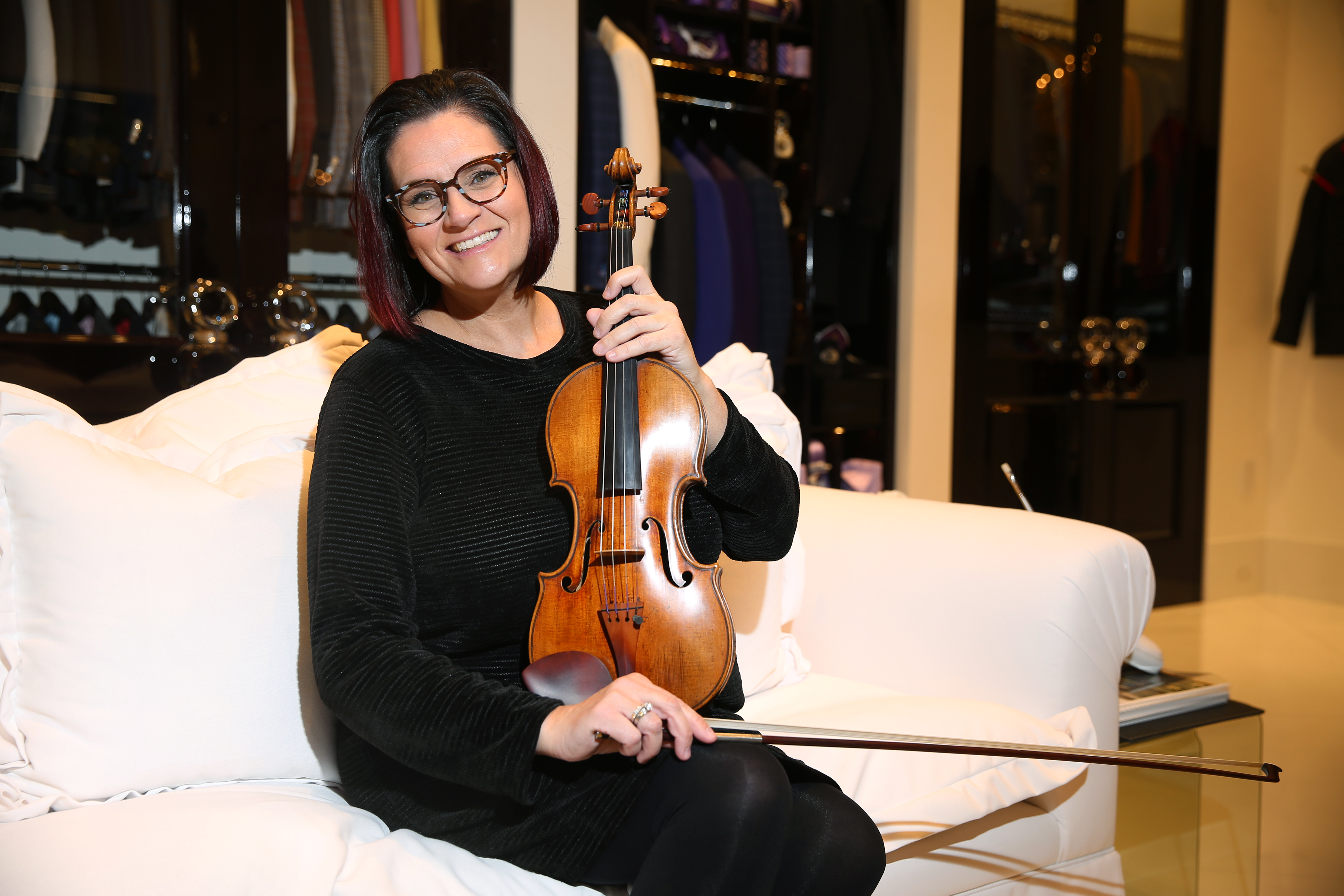 
Lord of the strings 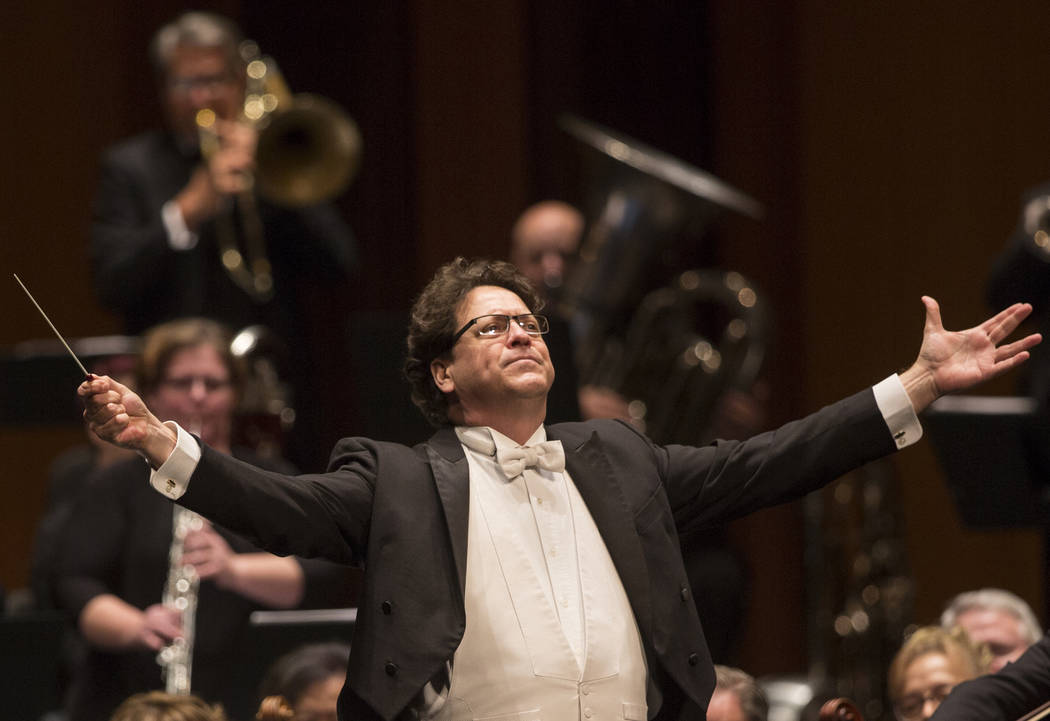 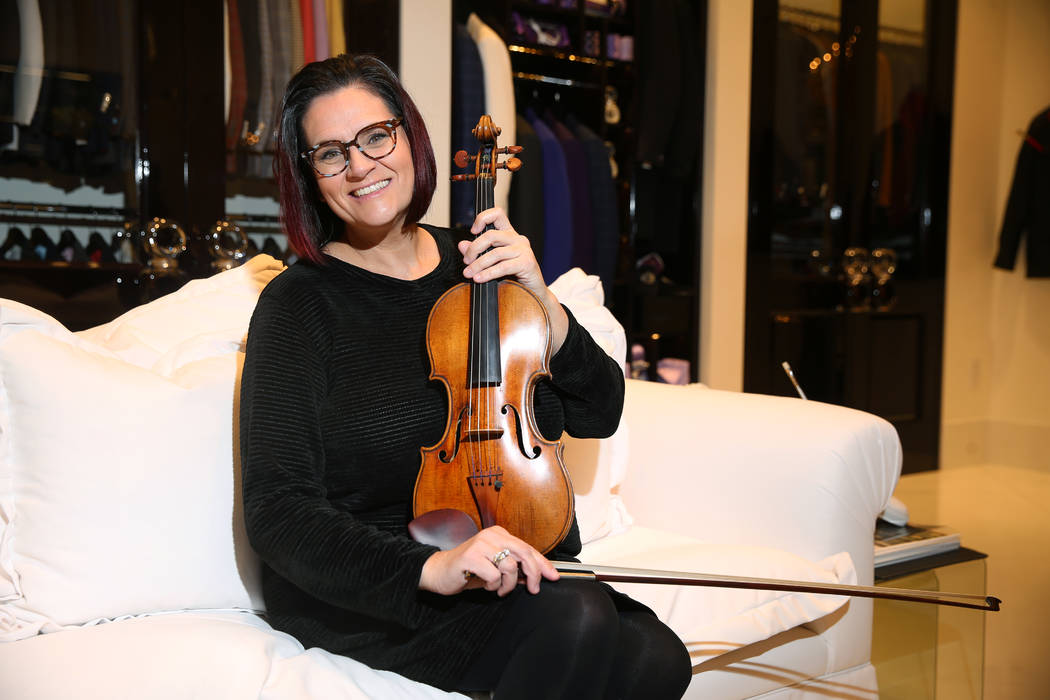 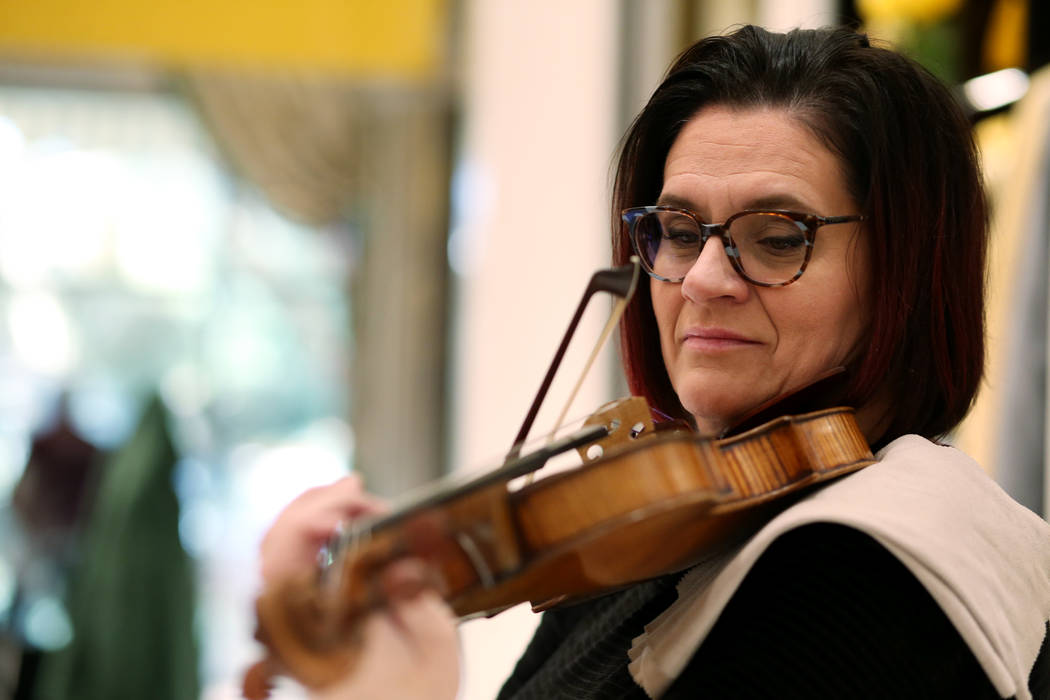 De Ann Letourneau will be a small footnote in the history of the Earl Falmouth Stradivarius when she plays it this weekend.

The $6.6 million violin has changed hands and stages countless times in the centuries since it was first fashioned. And its next appointment will be March 6 in the hands of the Las Vegas Philharmonic’s concertmaster at Festa Stradivari.

The weekend of events will introduce five Stradivarius violins to the Smith Center stage as Letourneau and four visiting soloists perform the works of Vivaldi and Bach at a Saturday night concert bookended by the Philharmonic’s Friday night gala and Sunday morning brunch event.

Antonio Stradivari created the violin Letourneau will be playing in 1692 in Cremona, Italy, and soon thereafter, it fell into the hands of Lord Falmouth in England.

“We became aware of the violin after Falmouth’s death when it appeared in a mid-19th century auction house,” says Joseph Bein, an expert and dealer for Bein and Fushi, a premier dealership of fine violins in Chicago. “It sold for 110 (British) pounds.”

From the auction house, it was sold in 1887 to a U.S. ambassador and made its way to the United States, where it became the property of copper baron Sen. William Andrews Clark, namesake of Clark County.

In the 1980s, the violin traveled back across the world to Japan and eventually was purchased by prolific Greek violinist and conductor Leonidas Kavokos in 1996.

In 2008, Kavokos sold the violin to Bein and Fushi, who sold it to its current owner, an anonymous patron of the arts, who loaned it to Letourneau ahead of this weekend’s concert.

“This is a great violin,” Bein says. “Everything a great Strad violin should have, it does.”

Most days, Letourneau plays one of her two personal violins, a modern Claude Lebet and a mid-18th-century Italian Carcassi.

“I compare it to a car,” she says. “Say you usually drive a Toyota. Then get into a luxury car. That’s the Carcassi. Even the price is the same. The Strad would then be the million-dollar race car. If you don’t know what you’re doing and how to handle something so powerful and perfectly sensitive, any motion you put into the wheel when you’re turning could make you crash. It amplifies what you do.”

She says that, like a Ferrari, the instrument is sensitive and responsive to the slightest movement. It also produces massive sound — some violinists use earplugs when they play it.

“Imagine if Mona Lisa could talk and she came to Las Vegas to tell stories,” she laughs. “You get to see 300 years of history that started in a little Italian town and you hear the music that was written down the street probably using these instruments!”

She considers the instrument “acoustically perfect.” Even with all the technology and 3D imaging that we have access to today, the sound quality of the Stradivarius is still a mystery.

“Over the years, what it really does is give me a deeper appreciation for the instrument,” Letourneau says. “It helps me to play others even better. I realize what the Strad is capable of, and have to remind myself that other (violins) won’t go to the limit that a Strad would, but it ultimately helps me play other violins at a higher level, having played the Strad.”

While the soloist and founding member of the Emerson String Quartet owns two modern violins, he plays his 1686 Rosgonyl Stradivarius most of the time.

“I feel a more direct emotional connection with the Strad,” he says. “It has a sweetness and a vocal quality. I feel like I can express myself more comfortably with it than with my modern violins.”

Violin appraiser Joseph Bein explains that one violinist once compared playing the Strad to painting.

“He said it was like he was a painter only painting with brown, and with the Strad, now he can paint with all the colors.”

Why is the Stradivarius so perfect?

“In our business, it is acknowledged that, in 300 years, everything man-made has improved 10-, 20- or 100-fold,” says Bein, of violin dealer and appraiser Bein and Fushi. “Except violin making.”

“Each year we see more become part of permanent collections in museums or orchestras,” Bein says. “Each year supply diminishes while demand continues to grow.”

“It’s highly likely that they knew each other,” Las Vegas Philharmonic music director Donato Cabrera says. “If Vivaldi did not play a Stradivarius, he probably played an instrument from Cremona.”

On Saturday night, four soloists will join the Philharmonic in performing five pieces of music, including Vivaldi’s “Four Seasons.”

Violin appraiser Jospeh Bein estimates that the total value of Stradivarius violins on stage will total about $50 million.

The piece will be familiar to audiences, whether they realize they have heard it before or not.

Each of the four movements illustrates a season, with a lazy summer, a cold and brittle winter, an autumn hunt and the sounds of spring bursting forth.

“When ‘The Four Seasons’ was written, conductors didn’t exist yet. So what’s going to happen is, you’ll get to focus on the instruments rather than on me,” Cabrera says.

Soloists to shine on the stage of The Smith Center

Four accomplished soloists will join Letourneau and the Las Vegas Philharmonic at Saturday night’s concert. Each ofthe visiting musicians will perform one of the four movements in Vivaldi’s “The Four Seasons” on a Stradivarius.

Margaret Batjer, 1716 Milstein Stradivarius: Margaret Batjer made her first solo appearance at age 15 with the Chicago Symphony Orchestra and is now a chamber musician, soloist and concertmaster of the Los Angeles Chamber Orchestra.

Cho-Liang Lin, 1715 Titian Stradivarius: Born in Taiwan, Cho-Liang Lin has performed as a soloist with virtually every major orchestra in the world. He is currently music director of La Jolla SummerFest and the Hong Kong International Chamber Music Festival.

Eugene Drucker, 1686 Rosgonyl Stradivarius: An author, composer and recording artist, Eugene Drucker is a founding member of the Emerson String Quartet and an active soloist.

De Ann Letourneau, 1692 Earl Falmouth Stradivarius: De Ann has been the concertmaster of the Las Vegas Philharmonic for over twenty seasons. She has performed in the U.S. and Europe as a soloist and chamber musician on violin and viola.

Antonio Stradivari was a renaissance man, not unlike Michelangelo or da Vinci.

He worked alongside the prolific Amati family in the violin-making town of Cremona, Italy, about 130 years after the instrument was invented.

In the 1640s, he trained a group of young apprentices and together they produced more than 1,100 violins along with cellos, violas and other stringed instruments.

Unlike so many great artists who died penniless and unknown, Stradivari gained both prestige and wealth through his work, which enabled him to purchase higher-quality materials than his contemporaries.

“He lived in a violin-making town,” concertmaster Letourneau says. “So everyone would try to make the neck longer or do something to make their violin better. That competition made these better.”

Because each region in Italy spoke its own dialect, he worked under the Latinized version of his name, Stradivarius.