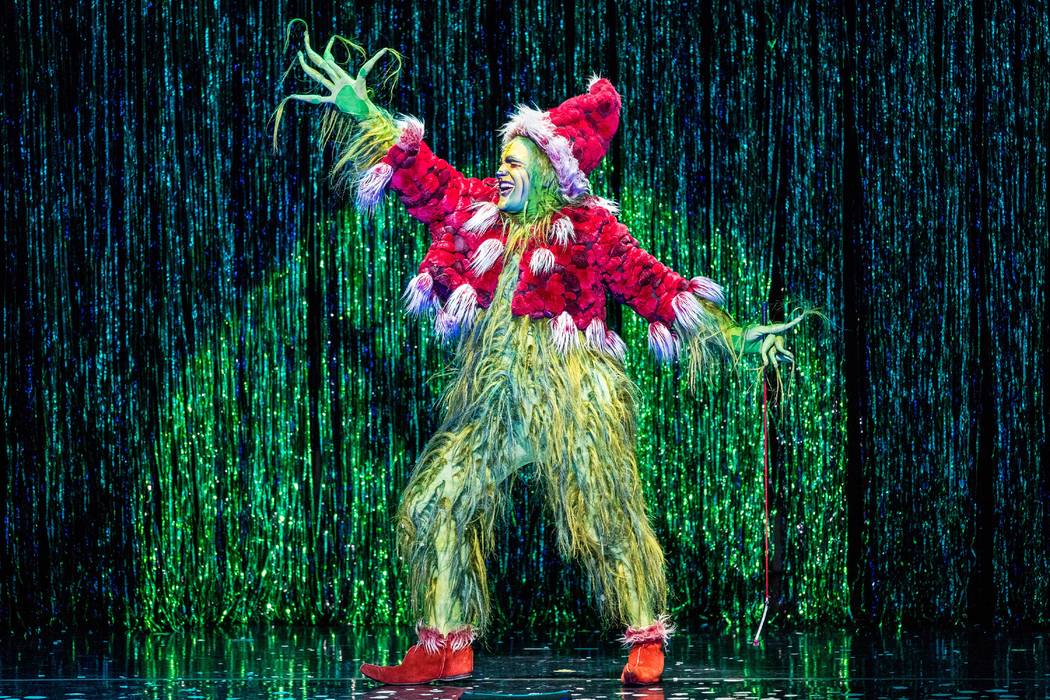 ‘How the Grinch Stole Christmas!’

The Broadway musical based on Dr. Seuss’ classic holiday tale opens Tuesday at The Smith Center’s Reynolds Hall. Families can enjoy favorites including “You’re a Mean One, Mr. Grinch” and “Welcome Christmas” as Max the Dog narrates the Grinch’s scheme to steal Christmas. Take a trip to Whoville at 7:30 p.m. Tuesday through Thursday (with additional performances through Dec. 1). Tickets are $30 to $128 at thesmithcenter.com.

Despite its name, you don’t have to date or skate to enjoy the holiday movies playing during Date Skate Mondays and Tuesdays at The Cosmopolitan of Las Vegas. The free screening series on the hotel’s 65-foot digital marquee kicks off with the Michael Keaton family comedy “Jack Frost” on Monday and “Home Alone” on Tuesday. The 6:30 p.m. screenings continue through Dec. 30. Admission to The Ice Rink at the Boulevard Pool is free, but skate rental is $15 for locals. For more information, see cosmopolitanlasvegas.com/ice-rink.

Their reign (in blood) will soon end: Thrash metal pioneers Slayer are retiring from the road after nearly four decades of setting land-speed records in song. One of the most iconic acts of its ilk, the band will be joined on a loaded bill by alt-rock square pegs Primus, industrial prime movers Ministry, and Philip H. Anselmo & The Illegals performing a set of songs by Anselmo’s former band Pantera. The only thing heavier will be the hearts of Slayer die-hards when it’s all said and done. Bid farewell at 6 p.m. Wednesday at the MGM Grand Garden. Tickets are $49.50 to $79.50; call 888-929-7849.

Here’s one way to get into the holiday spirit: Indulge in the Thanksgiving-imbued menu at Slater’s 50/50, 467 E. Silverado Ranch Blvd., and the restaurant will donate 15 percent of the proceeds to the Firefighters of Southern Nevada Burn Foundation. The menu, which includes craft beer pairings, is crispy Brussels sprouts or bacon mac and cheese balls; the Thanksgiving Burger of a turkey patty with stuffing, cranberry sauce and gravy; and Bacon Lava Cake or pumpkin pie. It’s $45.

Pour in the Alley

Kombucha & Tea will be the theme of this month’s Pour in the Alley, set for 3 to 6 p.m. Saturday in the alley across from Fergusons Downtown, 1031 Fremont St. Guests can learn about and sample both of the featured drinks, concentrating on topics as diverse as their healing properties and best culinary pairings. Tickets ($47) are available at fergusonsdowntown.com.