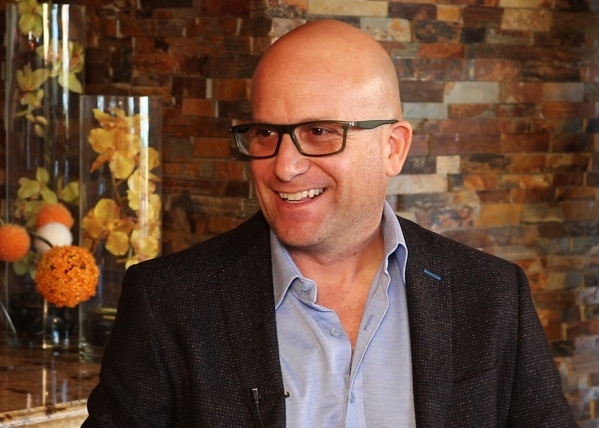 Things were looking good for the luxury home market last year, and experts call for more of the same for 2016.

Last year saw 330 resale homes of $1 million or more sold on the Multiple Listing Service, said Forrest Barbee, corporate broker for Berkshire Hathaway HomeServices, Nevada Properties. That’s the most since the downturn in 2007. That does not account for the dozen or so lots that have been sold for custom homes, or the semi-custom homes and lower-end luxury homes priced at more than $500,000 being built in master-planned communities.

Dennis Smith with Las Vegas-based Home Builders Research Inc. estimates new homes priced at $1 million or more sold in 2015 numbers around 20. In the past year, he said, more traditional production homebuilders, such as KB, Ryland, Pardee, Pulte and Richmond American, are joining Wiliam Lyon and Toll Brothers in the luxury new-home market to diversify their products and “tap into that market.” He added that because of high land prices it’s harder for builders to provide homes in the lower price ranges.

Barbee said activity in the luxury market has not been higher since the crash.

“It was a great year,” he said. “Really, you could not have asked for a better year.”

He credits low-interest rates and stable market values for the “pretty good situation.”

For the past two months, about 400 homes were listed for $1 million or more on the MLS. Average price was about $1.3 million.

Zar Zanganeh of Luxe Estates represented the buyers, Jim and Sherrie Hale, of Henderson. Zanganeh said they have accepted an offer on their Roma Hills home that once belonged to Strip headliner Danny Gans, who died May 2009. The Hales had the home listed for $5.7 million. Meanwhile, they are remodeling their new mansion in The Ridges, Zanganeh said.

“That was a sensational home, absolutely incredible,” he said while showing off another $11 million home at 59 Promontory Ridge in Summerlin he had recently listed. “We had it on the market for just a few months. It sold for $720 per square foot.”

Sher, who has been selling residential real estate in Las Vegas for more than 15 years, said 2015 was the best year his company has ever had.

This year it’s all about being unique

Sher said he expects another record-breaker year for Las Vegas luxury homes, especially unique properties at the highest end of the market.

“Unique homes have a special air about them. They command a higher price per foot,” Sher said.

He sees more people planning to build custom homes on lots. Meanwhile, the two newest luxury home communities — Ascaya in Henderson and Discovery Land in Summerlin are selling lots for more than $1 million.

Because of Las Vegas’ international destination draw, many real estate experts were predicting that homebuyers for these new communities would be from out of state, and even the country. Yet, the developments have reported that most of their buyers have been Las Vegans.

“That means we have recovered and have the ability to do things we could not do in the past few years,” Sher said.

With the new mega-luxury developments, Sher thinks the city has upped its architectural style. He said the new projects are drawing architects into the valley because they want to be part of creating the new desert designs.

Overall, he sees more people building smaller houses — 5,000 square feet instead of 10,000 — but really spending the same amount of money to finish them with quality materials and striking designs.

“You would need multiple lives just to pay off the mortgage in those cities,” Barbee said.

Lyn Collier is the real estate editor for the Las Vegas Review-Journal. Contact her at lcollier@reviewjournal.com or follow her at LynCollier@collierinvegas.