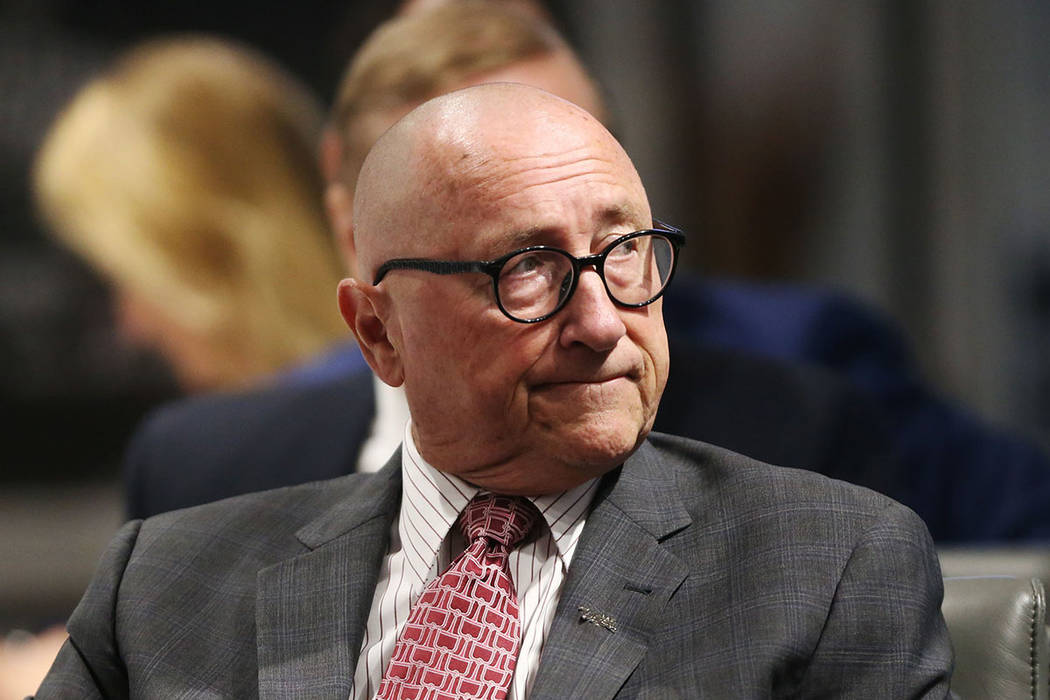 Prosecutors have failed to explain how a criminal investigation of the Las Vegas Convention and Visitors Authority would be harmed by the release of search warrant documents, a Review-Journal lawyer argued in court papers Friday.

The newspaper has sought to unseal all documents related to the police search of the LVCVA’s offices on March 27 in an investigation into the misuse of $90,000 in Southwest Airlines gift cards bought by the public agency between 2012 and 2017.

“Under any analysis, the Review-Journal is entitled to the records at issue without further delay, and the court should order those records be unsealed immediately,” attorney Maggie McLetchie wrote.

Las Vegas Justice of the Peace Harmony Letizia has set a hearing for Wednesday to consider the newspaper’s request.

Chief Deputy District Attorney Jay P. Raman filed court papers last week opposing the release of the documents, which include a police affidavit explaining the need for the search. Police seized seven years’ worth of documents relating to gift card purchases during the search.

Raman said he was willing to make the documents public at the end of August after he files criminal charges, but unsealing the documents now would impede the progress of the ongoing investigation.

McLetchie argued Friday that Raman provided no evidence of how the investigation would be compromised.

“The state has not put forth anything but … vague and unsupported claims that an ongoing investigation will be harmed,” she wrote. “The state’s argument improperly belittles the importance of the media — even though it is the Review-Journal’s reporting that brought law enforcement’s attention to potential criminal conduct by officials and employees of a public agency.”

McLetchie said the newspaper has already disclosed many details about the investigation, including identities of witnesses and targets.

Raman revealed last week that he expected charges against “one or more persons” by Aug. 27. That would include possible charges against Brig Lawson, the former LVCVA executive who police allege was at the center of a conspiracy to steal the Southwest gift cards from the tax-funded agency.

Lawson, who resigned in May 2018, has denied wrongdoing through his lawyers.

Other agency executives, including former CEO Rossi Ralenkotter and former top marketing officer Cathy Tull, have also attracted the interest of police in the investigation.

Ralenkotter, who retired in August, used $17,000 in gift cards on personal travel. He reimbursed the LVCVA and apologized for his conduct. But he denied criminal wrongdoing and remains involved with the convention authority, earning $15,000 a month as a consultant.

Tull resigned in April and paid back the tourism agency for the $6,000 in Southwest gift cards she used on personal travel. She agreed this week to pay $8,700 in fines for violating the state ethics law.

Convention authority executives learned about the personal use of the gift cards while responding to a Review-Journal records request.