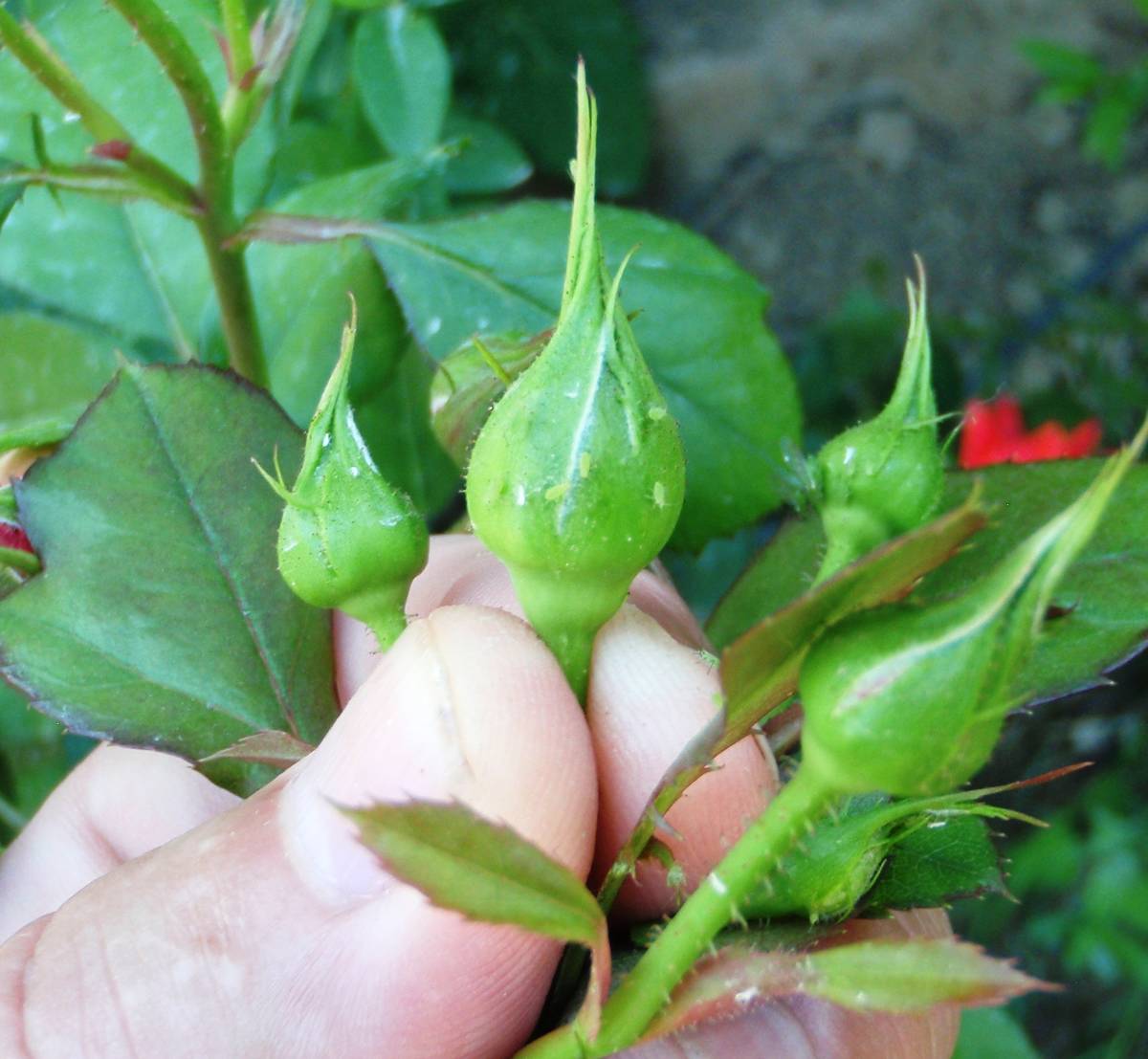 Aphids appear as soon as new leaves and flowers appear. The mother aphids start producing living young within hours after arrival on leaves in the early spring. (Bob Morris)

You should have applied the most important insect spray of the year — dormant oil sprays — during the winter.

Why then? Because that’s when insects susceptible to these sprays are most vulnerable.

Why didn’t you do it then? Because there wasn’t a problem.

Dormant oil sprays (sometimes called horticultural oils) are “insurance” sprays. Without insurance sprays, you will spray insecticides when you see problems. This forces you to exterminate the problem (and the bug causing the problem) when it is seen.

Dormant oil sprays are applied on warm, windless days during the winter to trees and shrubs after they are pruned. The entire tree or shrub is sprayed from head to toe.

I usually give it one final shot of dormant oil right at the base of these trees and shrubs where insects like to find protection during the winter. Also, kill and remove any weeds growing in the area. Overwintering insects like those spots, too.

Grubs live underground in the soil chewing on plant roots and eventually turn into lots of different kinds of flying beetles such as the so-called June bugs and hornworms that feed on the leaves of tomatoes, grapes and other edibles. Because many grubs live underground, you don’t see them until plants like lantana start dying.

The most effective and long-term controls for many types of grubs are the insect-devouring nematodes that you can buy from online sources. Remember, these should be applied to wet soils and kept refrigerated until their application.

Aphids first come on the scene as soon as new leaves and flowers appear. The prevention of curled and sticky leaves is where you will probably see the biggest impact from winter-applied dormant oils. If not applied, mother aphids start producing living young within hours after arrival on leaves in the early spring.

I usually recommend controlling any nearby ants because they will help spread these aphids around on the leaves. Ants are secondary to the problem but worth controlling if they are in high numbers.

An evergreen tree forgotten during winter sprays of dormant oil is the Italian cypress. A frequent pest of Italian cypress that causes browning during hot summer months is the spider mite. Spider mites are easily controlled with a late-winter application of dormant oil rather than waiting for an infestation to appear.

Unfortunately, dormant oil sprays don’t do anything to control borers or the ugly leaf-footed plant bugs. These guys are strong flyers and can come into your yard from your neighbors’ plants. So, unless there is a community effort in reducing these pests, other methods besides spraying insecticides are available for their control.

A: Yes, they do. Even the most mild-mannered bees and wasps will sting if aggravated. I can’t tell you which bee your tree has, but if it looks like a bee and flies like a bee, then it’s probably a bee or wasp. And most likely it can sting.

This bee is probably attracted to the sticky, sugary honeydew produced by aphids. These aphids inhabit soft, tender new growth as soon as it appears. If your tree is evergreen, such as most oak trees, then these aphids probably spent the winter protected somewhere close to this tender source of spring food.

Mother aphids keep their wings through winter and fly to new growth when it appears to start a new colony of young-uns. These newly born aphids are wingless.

Dormant oil applications during the winter would have substantially decreased or eliminated them in the spring. Right now, several soap sprays directed on the leaves will dissolve the sticky honeydew and reduce its attraction for bees as well as reduce aphid numbers.

Do this until temperatures get hot. As with any organic spray, soap sprays should be applied more often to get the same results and are indiscriminate in what they kill.

Q: You mention woodchip mulch instead of rock on the soil surface for plants, but I find woodchips provide sanctuary to roaches and other pests that cause other problems. For this reason, I prefer to use rock.

This mineralizing may take three to five years after planting, but some plants will become yellow during that time while others do not. Some plants grow best when organics are continuously added back to the soil instead of minerals.

Insects like roaches and pillbugs are decomposers that help break down woodchips into smaller pieces. Earthworms are frequently next in this process, followed by microorganisms like bacteria and fungi that further break them down into plant nutrients.

If you have a lot of woodchips applied to your landscape, expect to find a lot of decomposers as well. These nuisance critters must be managed so they don’t become a problem.

They are attracted to water, food and warmth. Use your favorite insect spray inside irrigation boxes and keep woodchips 2 to 3 feet away from the foundation of the home.

Applied water shouldn’t be any closer to the foundation than this anyway. Remember, plant roots follow where the water is applied. No applied water, no root growth.

Your home is inviting when the outside temperatures are uninviting. During late spring and early fall, apply a barrier spray to repel these insects away from your home.

Your favorite barrier spray applied to the foundation of the home helps repel nuisance critters when they need a change in temperature. The same principle applies to strawberries and other soft fruit like tomatoes touching the ground.

Q: I have roses with sticky leaves from the aphids feeding on them. I need to get them under control before they start to become a problem. I found some insect and disease control sprays at the nursery that have worked in the past. Any opinion about them?

A: They do work, and if you’re not opposed to using insecticides then use them. If you look at the list of ingredients, those pesticides that control insects and others used for disease control contain both an insecticide as well as a fungicide. You usually do not need both ingredients.

In climates where the humidity is high, rose diseases like black spot, powdery mildew and botrytis are prevalent. In these climates, it’s probably a good idea to apply a multipurpose insecticide plus fungicide spray.

In our climate, diseases are less of a problem because of lower humidity. I’d focus on an insect-control chemical rather than a combination of two chemicals. Why apply a fungicide if you don’t need to?

Q: One of my roses wilts even though it’s getting watered regularly. It does get morning sun. My other roses do not do that. What’s going on?

A: This sounds like Western flower thrips damage to the rose petals. Thrips are very tiny insects that rip and shred rose petals to smithereens. You can’t see them unless you use a magnifying glass.

They will spend the winter, waiting for new growth to come out before they attack. As soon as the rosebuds form, they attack the soft petals.

Thrips rip and shred soft plant tissue and lap up the fluids released by the rips like a dog lapping up water from a bowl. When these insects are in high numbers, they attack rose flowers while they are still in their buds causing them to remain closed but damaged. They also attack nectarine fruit when it is very small, causing scarring.

The usual remedy is to remove all the flowers and rid the plant of this pest and then spray with a dormant oil if it is early in the season. Spinosad sprays have been effective in keeping thrips at bay. They don’t kill them like other more toxic sprays but offer a safer alternative because spinosad is considered a natural product. 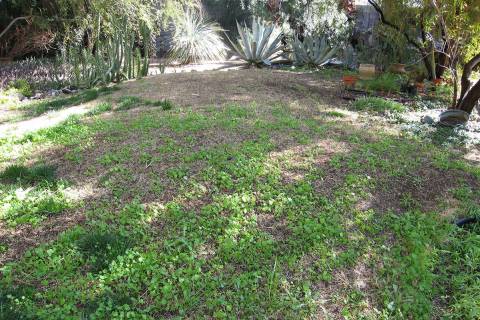 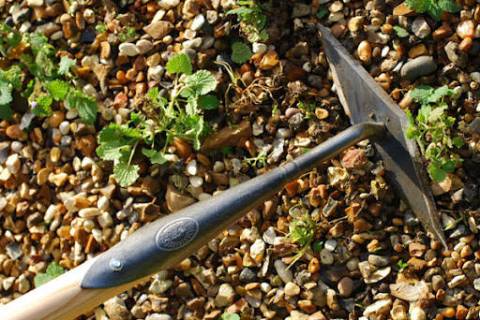 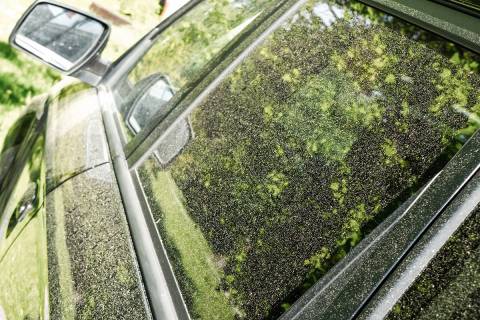 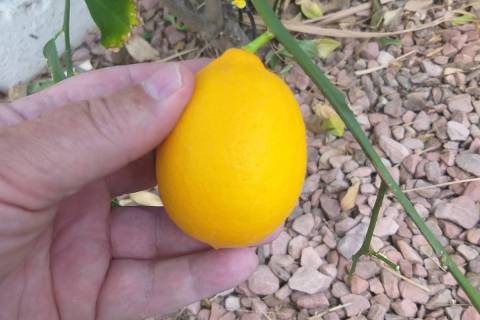 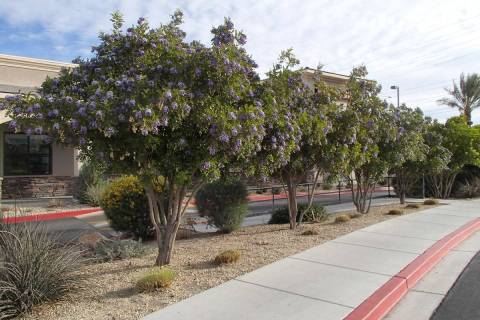 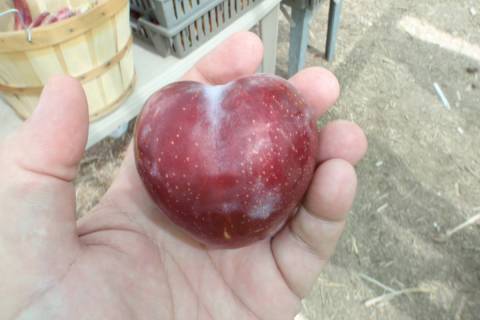 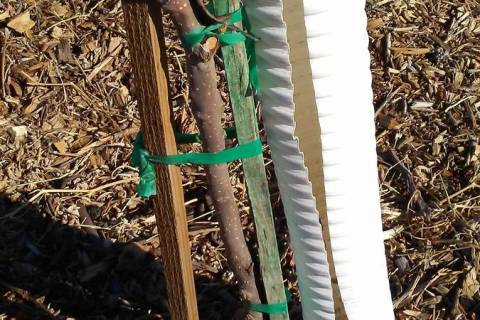 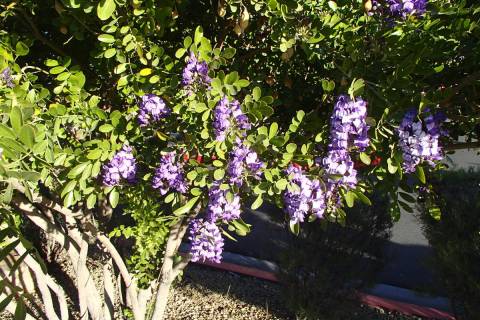 What affects average landscape water use? If the irrigation system is working and managed perfectly, then three factors govern how much water your landscape uses. 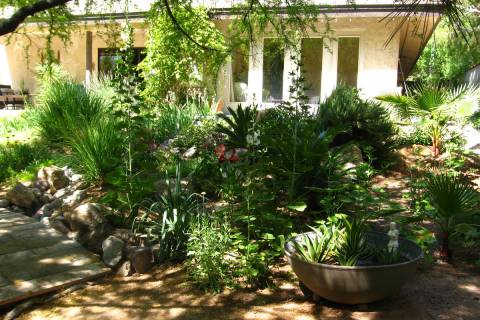