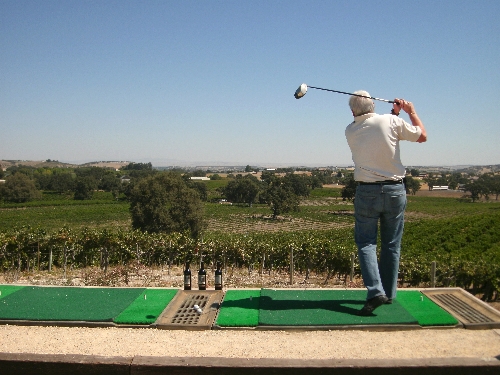 New Year’s resolutions? Never have and never will. Don’t ever plan to change, either. Maybe the ritual is too grounded in history; the custom did begin nearly 2,300 years ago. Not me, I’m a modern man.

Historians believe that the tradition of New Year’s resolutions dates to ancient Rome in 153 B.C. Janus, the mythical king of early Rome, was depicted with two faces and was awarded the first page of the Roman calendar. Having two faces, Janus could look back on events from the past and also look ahead to the future, often at the same time. He soon became the earliest character for resolutions and celebration of the New Year.

In Sicily, it’s good luck to eat lasagna. In Spain, at each stroke of midnight, the Spanish eat 12 grapes to bring good luck. In Peru, a 13th grape must be eaten to assure good luck.

The Greeks bake a coin into a loaf of bread. If the third slice contains the coin, luck will be prevalent.

Norwegians make rice pudding and hide one almond. Guaranteed wealth will come to the person whose portion contains the nut.

The best, of course, is here in America. The kiss brings good luck and purifies the new year.

Now it gets wacky. People make resolutions to feed off the spirit of the New Year’s aura. Sure, a New Year’s resolution should inspire us to be better, to change something about our lives, our futures, our past. It’s a springboard to self-improvement, to reflect about our relationships and an excuse to make something good occur. As Oprah once said, “Cheers to a New Year and a chance to get it right.” Again.

So what are golfers’ resolutions for the new year? Thought you’d ask. I surveyed some of my cohorts, colleagues and cronies to see what their resolution concerning golf for 2012 might be. Comments are mine.

My best friend Gary’s resolve is “to never play with women’s clubs again.” That means you’ll have to play from the men’s tee, my friend.

Las Vegas Review-Journal publisher Bob Brown, a big hitter, added satirically, “My goal in 2012 is to break 80 … on the front nine.” C’mon, Bob, I’ve seen you do it once already.

Mark Barrett, director of sales at The Golf Club at South Shore, said, “That my belly does not get bigger, therefore I will not need a bigger belly putter.” Mark, find some more time to get out and enjoy your course.

David Bogue, general manager at Angel Park, reflected solemnly, “My wish, maybe not a resolution, is to wake up on New Year’s morning and find out that I’ve had a nightmare — that the last couple of years for the golf business has just been a bad dream, and business has always been good and continues to improve.” Amen, David.

Golfing pal Chris McMahon, vice president of Socialoutbreak.com, gets serious: “My New Year’s resolution is to establish a handicap after 30 years of golfing.” Chris, you do know that means you need to count all those OB shots, bro.

Fox 5 meteorologist and golf crony Ted Pretty has several issues. Ted submitted eight resolutions that tell you all you need to know about his game. Example: “I resolve to continue making the 19th hole longer than the previous 18.” Another involved not injuring a member of his foursome with errant shots. Get help, Ted … quickly.

Another golf crony was short and sweet. “Root for Tiger … not.” Mellowing out, he added, “Play more golf with my son; he’ll be entering high school next year.” Anger or jealousy management or grooming a high school prodigy? Settle down, my friend.

Tongue-in-cheek resolutions came from a local greenskeeper who requested anonymity: “I will try to take golfer complaints seriously in 2012.” More: “I will stop turning on the sprinklers on golfers who irritate me.” Can you say Witness Protection Program?

Karl Herrera, new golfing bud and general manager of Tenaya Creek Brewery, added a good one: “Finish my ‘play every course in Southern Nevada’ list … if only I knew how to get on Shadow Creek.” Karl, change your name to Michael Jordan … problem solved.

Fellow Review-Journal employee Brad Nielsen wants to play one-handed. “Take my right arm out of my swing, so I quit hitting the ball left.” Brad, one-handed? Take up bowling ASAP.

Finally, Mixer Master Ron Vernon of Charlie’s Lakeside Casino and twice- weekly golfer distills his resolution down to the essence of the game. “Make sure the lid is on tight on my Ketel One and cranberry when the cart is going down hills.” Don’t flip your lid, Ron. Salud, my friend!

Thanks to all the others that space did not allow. May all your resolutions be fulfilled.

Oh, me? I resolve to go to the driving range seven days a week.

John Asay is a longtime golfer and local freelance writer. Contact him at jasay@reviewjournal.com. 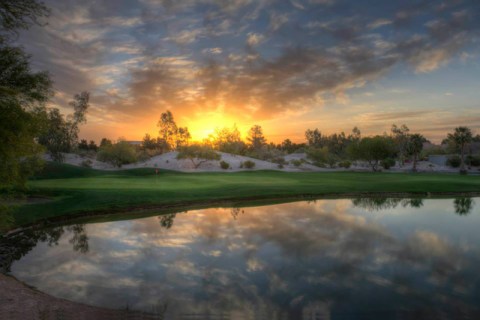 The PGA and its golfers are a wonderful lot. 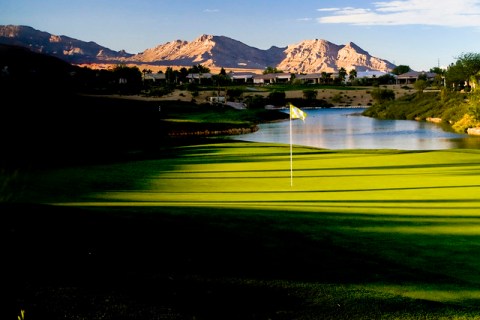 For those of us familiar with the golf scene in Las Vegas, it’s a tremendous challenge to operate courses these days. Play is down, and attracting golfers to a facility is tough. 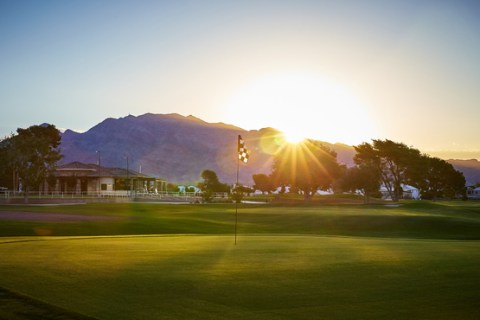 Old has become new again with a recently renovated Las Vegas course. In summer 2012, a devastating storm pounded east Las Vegas and destroyed dozens of homes and businesses. One of those businesses was Desert Rose Golf Course 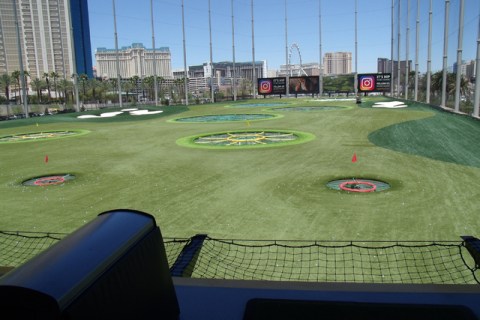 Connecting to Topgolf’s corporate headquarters press department to arrange a story at its new flagship location in Las Vegas, 4627 Koval Lane, was tougher than I thought it would be. So I headed down the corner of Harmon Avenue and Koval Lane to check it out under cover. Getting there was extremely easy. Topgolf is behind the MGM Grand with the entrance off Koval Lane. 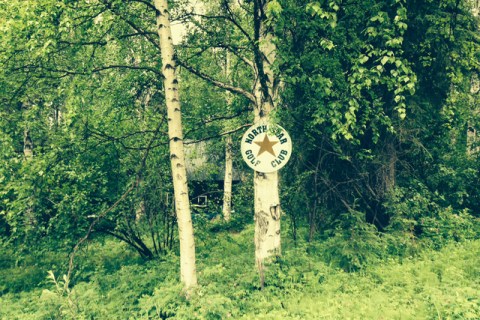 North Star Golf Course in Fairbanks, Ala., at 64 degrees and 89 minutes is the northernmost USGA-sanctioned golf course in North America. 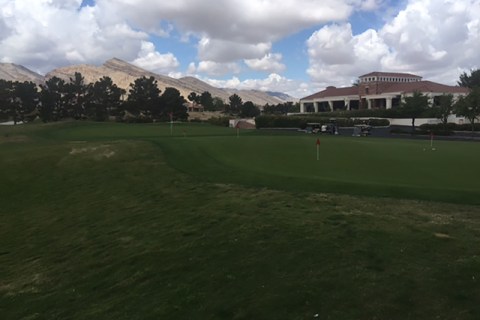 I was very interested when I heard Golf Summerlin had hired a consultant to give the three golf courses — Palm Valley, Highland Falls and Eagle Crest — a comprehensive review of Sun City’s three golf operations. 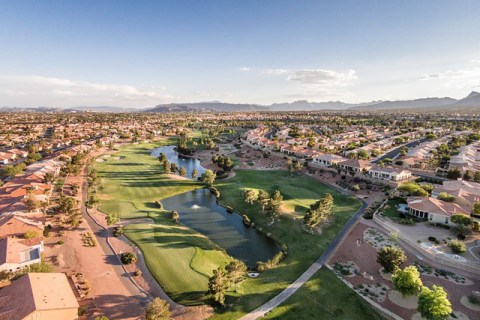 Golf: Eagle Crest one of the best executive courses
By JOHN ASAY SPECIAL TO VIEW 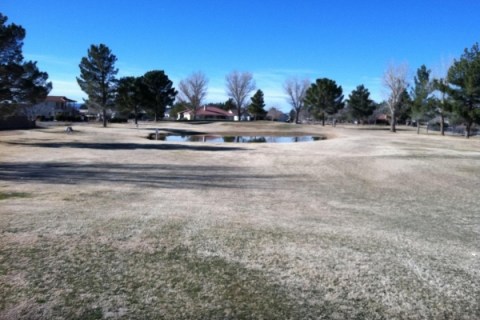 Right up front, I want you to know that I lean conservative. But at times, you have to be one-off. Take a chance. Explore new venues. Get out of Dodge, so to speak. 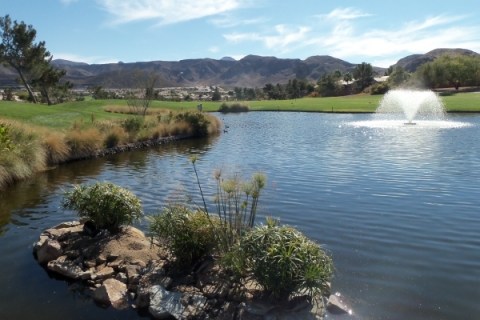 Why do golfers have fun playing the game? Is it just the fact of being on a golf course?