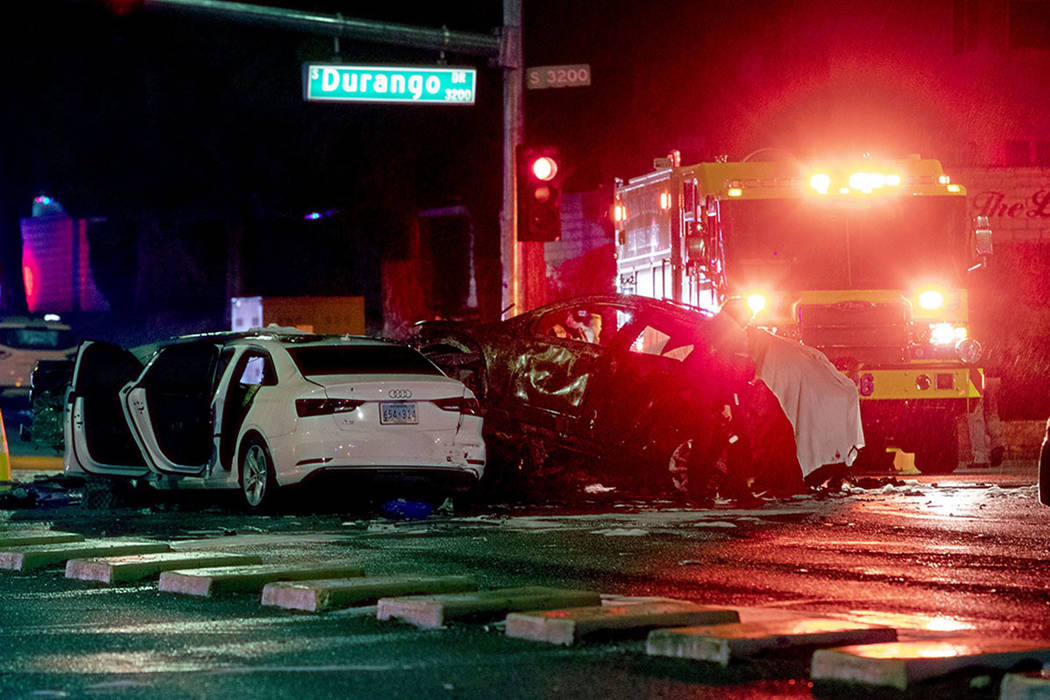 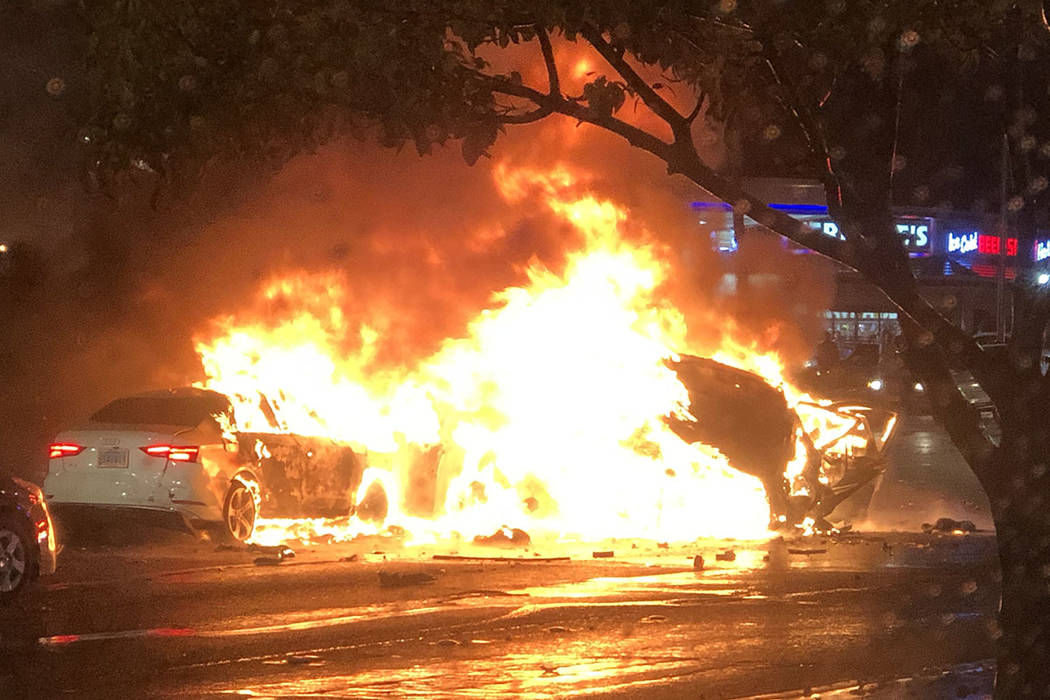 Four people were killed in a two-vehicle crash on Dec. 26, 2019, at the intersection of West Desert Inn Road and South Durango Drive in Las Vegas. (Torrey Klover)

A Las Vegas man who caused a crash that killed him and three others in December had marijuana in his system, the Clark County coroner’s office has concluded.

Tacuma Wesley, 38, was one of the four people killed in the Dec. 26 crash on Desert Inn Road at Durango Drive. Coroner John Fudenberg said Thursday that a subsequent toxicology test on Wesley showed the presence of marijuana.

Fudenberg said post-mortem testing for marijuana is irrelevant, however, when it comes to discerning whether a driver was in violation of legal limits for marijuana.

”When you talk about decedents, the post-mortem testing for cannabanoids does not provide an accurate quantification,” Fudenberg said. “Therefore the levels in decedents are irrelevant in reference to legal limits.”

Authorities said Wesley was driving a Mazda 6 east on Desert Inn Road at an “excessive rate of speed,” approaching Durango Drive, when he hit the center median west of the intersection. He rear-ended a 2017 Dodge Journey with five people inside.