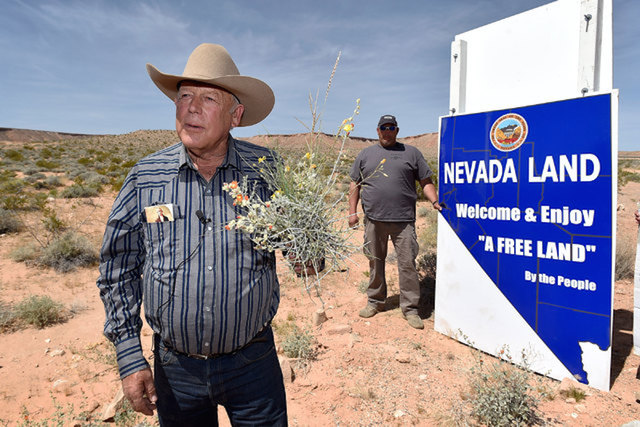 Three defendants in the 2014 Bunkerville standoff trial will not be released from custody for the trial, while a fourth still has a chance.

Judge Gloria Navarro on Thursday denied the requests from Bunkerville rancher Cliven Bundy, his son Ryan Bundy, and fellow defendant Ryan Payne, to be released from federal custody just days before the trial is slated to begin.

After Navarro denied the release of Cliven Bundy, 71, his eldest daughter, Sharee Cox, stood up from the gallery and shouted at the judge.

“Gloria Navarro, you are an evil, cold-hearted woman,” Cox shouted, prompting court security to move towards her to escort her out for the outburst.

But the request for pretrial release from Ammon Bundy, another of Cliven Bundy’s sons, is still being considered. Arguments for that motion will be heard beginning at 8:30 a.m. Monday.

The four have been in custody for more than 22 months since being arrested in January of 2016.

Opening statements in the trial are scheduled for Tuesday.