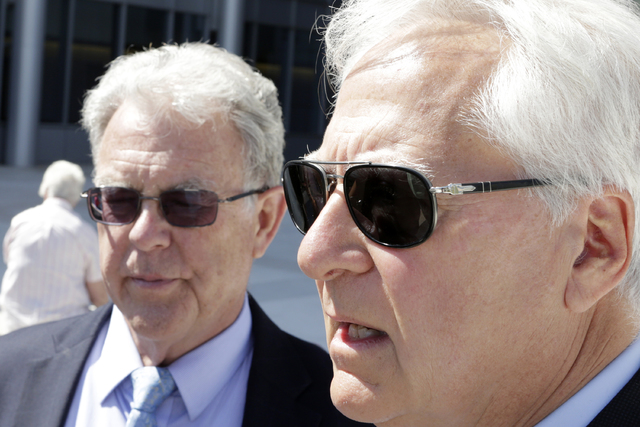 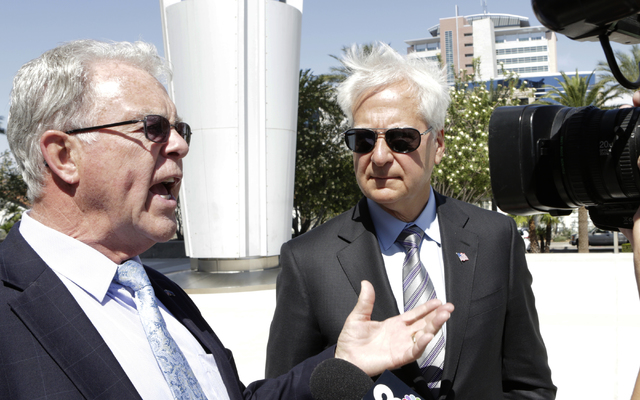 Cliven Bundy’s lawyer, Joel Hansen, on Thursday was allowed to withdraw from the Bunkerville standoff case.

But U.S. Magistrate Judge Peggy Leen ordered Hansen to stay on the case for one more month to ease the transition with Bundy’s new lawyer.

And she gave Bundy until Oct. 13 to find a new attorney.

Bundy, who is in federal custody, told Leen in court that he could not guarantee that he could find one by then, and Leen said she would consider appointing a lawyer for him if necessary.

Hansen said in court papers last week that he is preparing to have back surgery later this year and would be unable to participate in the criminal trial, which is set to begin Feb. 6.

Bundy, 70, is facing an array of criminal charges stemming from the April 12, 2014, armed standoff with law enforcement near his ranch in Bunkerville. Sixteen other defendants, including four of his sons, are charged with him.

The defendants are accused of conspiring to assault BLM agents and take back impounded Bundy cattle that had been grazing on federal land.

Navarro said she will not allow Klayman into the high-profile criminal case until he can give her proof that “ethical disciplinary proceedings” against him in Washington have been resolved in his favor.

Klayman has challenged Navarro’s order at the 9th U.S. Circuit Court of Appeals in San Francisco.