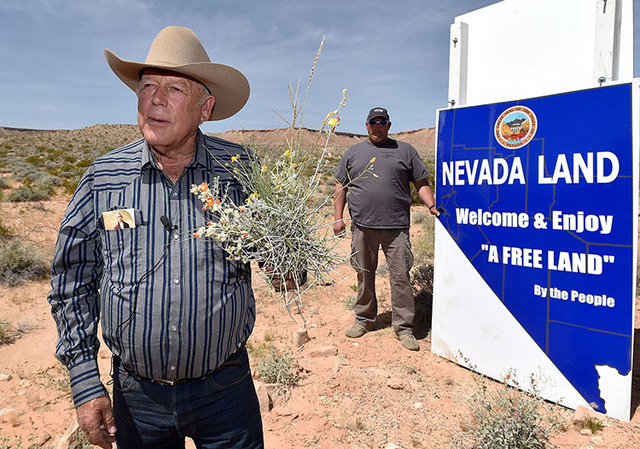 A federal judge Friday allowed the Las Vegas Review-Journal and other media to formally oppose a government push to withhold evidence from the public in the criminal case stemming from the Bunkerville standoff.

“The court finds that allowing intervention will promote transparency and the integrity of the judicial proceedings in this case,” U.S. Magistrate Judge Peggy Leen said in her order.

Attorney Maggie McLetchie — who represents the Review-Journal, Battle Born Media and The Associated Press — hailed the judge’s six-page decision in the case against Bunkerville rancher Cliven Bundy and 18 other defendants.

“We are very pleased that our concerns with the protective order will be considered by the court, and agree that transparency is especially important due to the nature of the Bundy case,” McLetchie said. “Allowing the media to be heard on a protective order that could operate as a gag order will promote transparency and trust in the judicial system.”

Leen has not yet indicated whether she will hold a hearing on the protective order.

But McLetchie filed a 17-page memorandum laying out the media’s concerns about the “overbroad and unsupported” government proposal to keep the evidence secret.

Prosecutors, who opposed the media’s request to intervene, contend a protective order is needed to ensure the safety of witnesses. A recent death threat against prosecutors also justifies the secrecy, they said.

Leen issued an interim order in May maintaining the confidentiality of the evidence, as prosecutors met a court-imposed deadline to begin turning over documents to the defense.

Lawyers for most of the 19 defendants, including Bundy and his four sons, also oppose the government’s proposed protective order.

A Feb. 6 trial date has been set in the high-profile case.