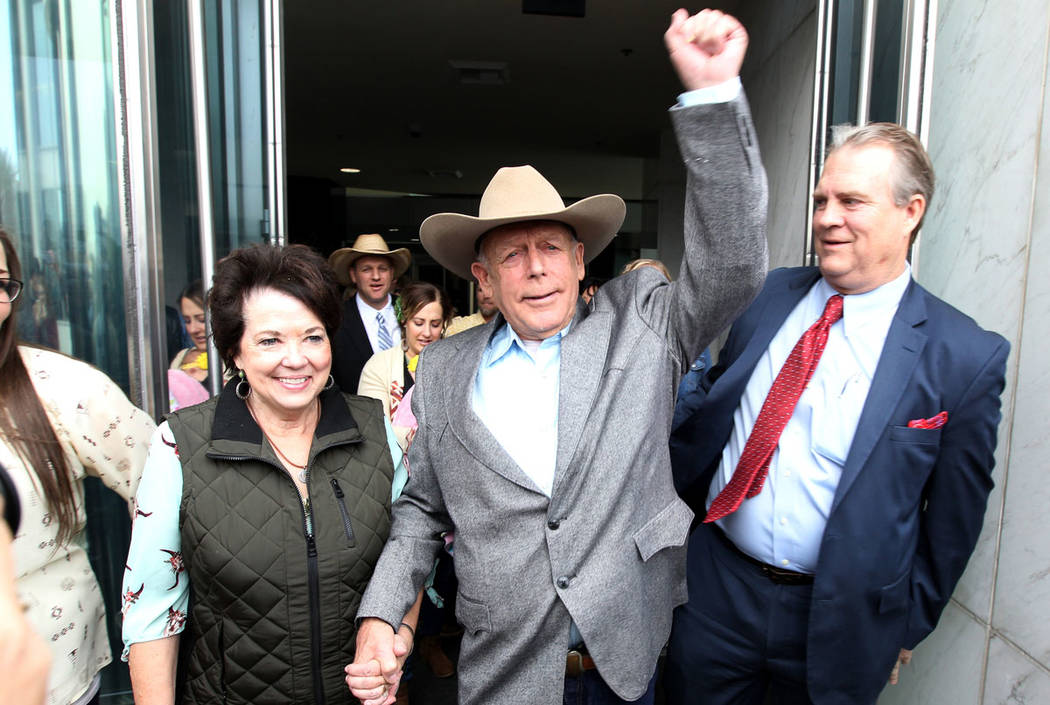 Cliven Bundy walks out of Lloyd George U.S. Courthouse in Las Vegas a free man with his wife Carol Monday, Jan. 8, 2018, after a federal judge dismissed the case with prejudice against him, two of his sons and another man in the Bunkerville standoff. At rear, in a cowboy hat is their son Ammon Bundy. (K.M. Cannon Las Vegas Review-Journal)

A year ago, U.S. District Judge Gloria Navarro threw out the case against the Bundy family and Payne after finding “flagrant prosecutorial misconduct.”

In papers filed this week with the 9th U.S. Circuit Court of Appeals, Assistant U.S. Attorney Elizabeth White wrote that “the solicitor general has authorized the government’s appeal.”

The government’s opening brief is expected to be filed by Feb. 6.

The Bundys and others were charged after a 2014 armed standoff with federal agents who tried to execute a court order to round up Cliven Bundy’s cattle.

In response to the appeal, one of Bundy’s lawyers, Larry Klayman, released a statement that read in part: “with God’s grace and intervention, my client Cliven Bundy will win this appeal, as he and his sons previously prevailed.”