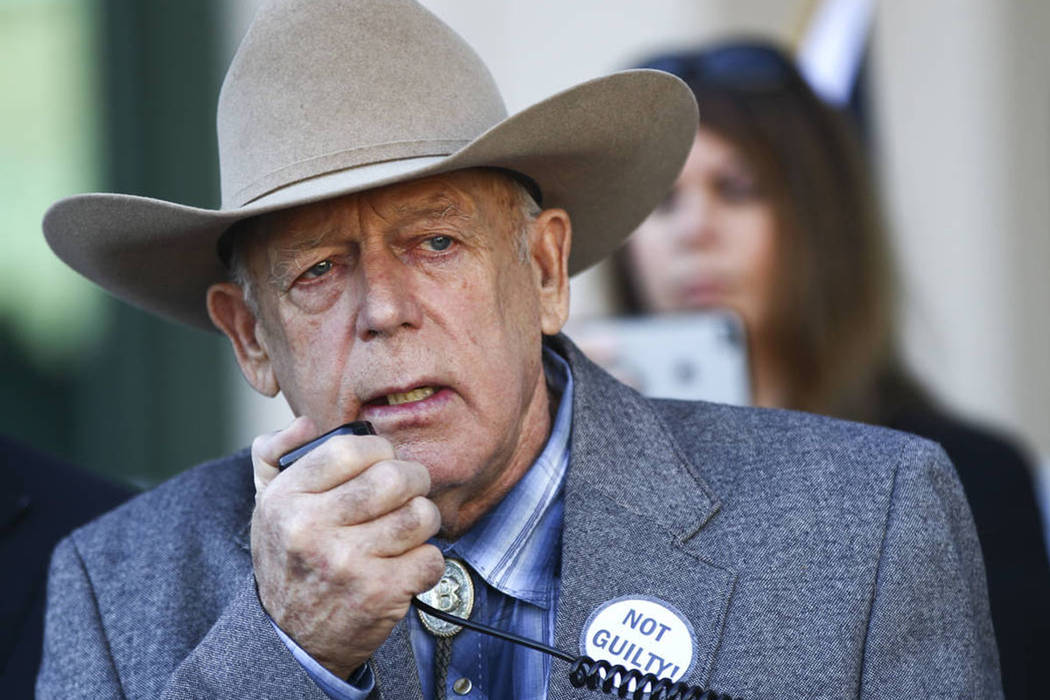 Federal prosecutors asked a judge to reconsider her decision to dismiss charges against rancher Cliven Bundy and others, while dropping an indictment against four defendants who have yet to face a jury, according to court papers filed Wednesday.

U.S. District Judge Gloria Navarro’s decision ended a trial over the April 2014 armed standoff in Bunkerville, which occurred after federal agents tried to execute a court order to round up Bundy’s cattle. The attempt stemmed from a decades-long dispute over grazing fees.

Prosecutors called the dismissal “unwarranted and unjust,” saying the judge could have considered other options.

“The defendants in this case have repeatedly asserted that they do not recognize the federal government’s authority over them or its regulatory authority over the public lands,” interim U.S. Attorney Dayle Elieson wrote. “In this country, they have the right to hold those beliefs, and to espouse them in any lawful manner. But they are not — and were not — entitled to obstruct federal officers’ enforcement of lawful court orders, threaten force against those officers, or extort civilian contractors supporting the officers simply because they disagree with the court order or thought the officers used ‘intimidating’ or ‘provocative’ tactics in preparing to enforce it.”

Bundy’s attorney, Bret Whipple, said government prosecutors could be looking to extend the time period to decide whether they want to appeal Navarro’s ruling to a higher court.

“There’s no new information provided in this document than what the court already had,” Whipple said. “I think it’s without merit.”

Bundy has long claimed that the land on which he grazes his cattle should not be claimed by the federal government. In a lawsuit filed late last month, Bundy stated that he “lawfully acquired grazing, water and other rights to the lands in question.”

After charges against him were thrown out, Bundy noted that the court order remained in effect and the cattle were still being grazed on the vast acreage around his ranch. The lawsuit estimates Bundy’s livestock at 1,000 head, which graze on 160 acres of private land, along with “300,000 acres of unclaimed land belonging to the People of Nevada and Clark County.”

In separate court papers, prosecutors asked the same judge to dismiss an indictment against the rancher’s sons Dave and Mel Bundy, along with Joseph O’Shaughnessy and Jason D. Woods “in the interests of justice.”

Attorney Kristine Kuzemka, who represents Woods who works in computing, said that she was “very happy, as was my client,” when they learned of the filing. “He wants to get a job as soon as possible, and pick up his life where it left off.”

Lawyers for others whose charges were dismissed could not be reached Wednesday.