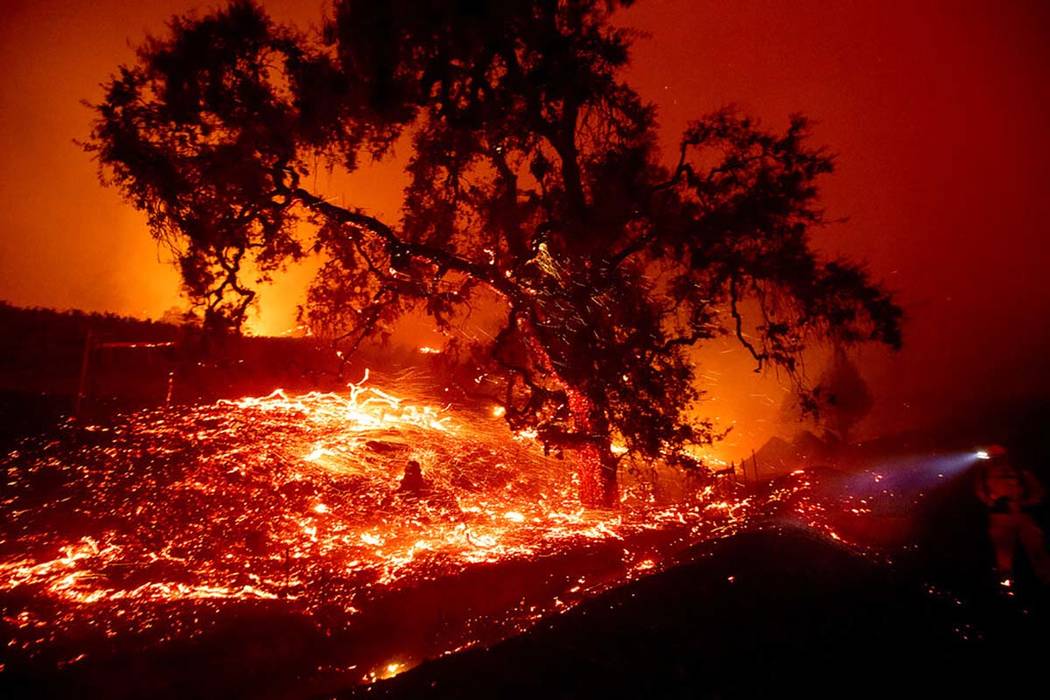 Embers fly from a tree as the Kincade Fire burns near Geyserville, Calif., on Thursday, Oct. 24, 2019. Portions of Northern California remain in the dark after Pacific Gas & Electric Co. cut power to prevent wildfires from sparking during dry and windy conditions. (AP Photo/Noah Berger) 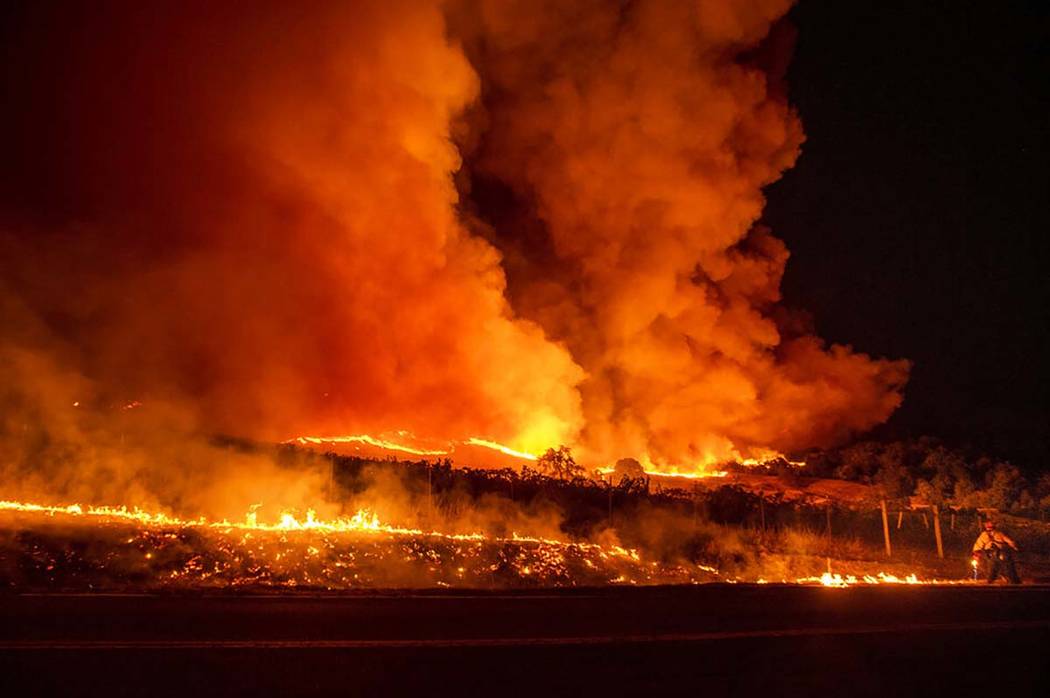 A firefighter battles the Kincade Fire near Geyserville, Calif., on Thursday, Oct. 24, 2019. Portions of Northern California remain in the dark after Pacific Gas & Electric Co. cut power to prevent wildfires from sparking during dry and windy conditions. (AP Photo/Noah Berger)

The National Weather Service says winds around the highest areas of Sonoma County have been blowing at speeds up to 70 mph, and elsewhere in the region there are winds between 30 mph and 50 mph.

Bill Johnson of PG&E took pains during a televised briefing to say the company was doing a better job communicating with local governments and the general public ahead of the blackouts.

Johnson said Wednesday that the utility was “working in lockstep” with state agencies. He also said the PG&E website where customers can get information was working well, after repeatedly crashing during the outage earlier this month.

PG&E has said the 48-hour power outages were expected to affect nearly half a million people in parts of 17 Northern California counties.

The utility says the shutoffs are designed to reduce the risk of wildfires amid dry, windy conditions.