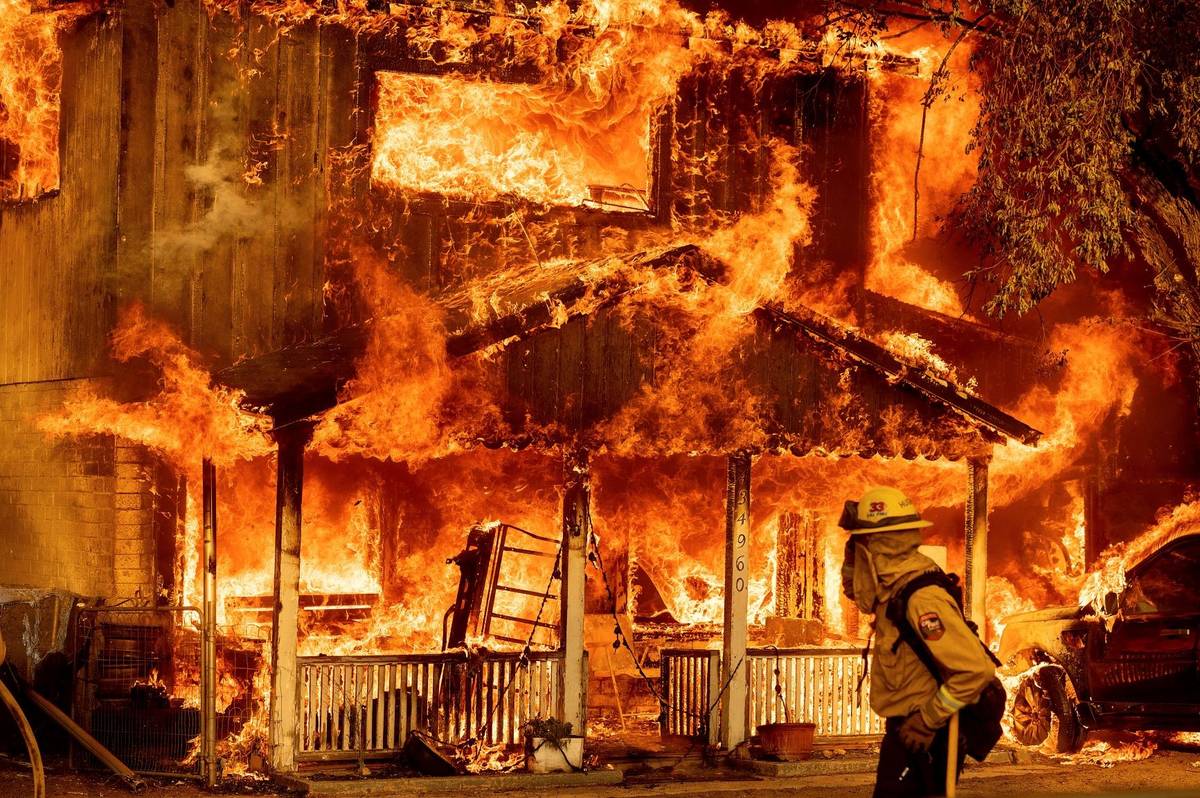 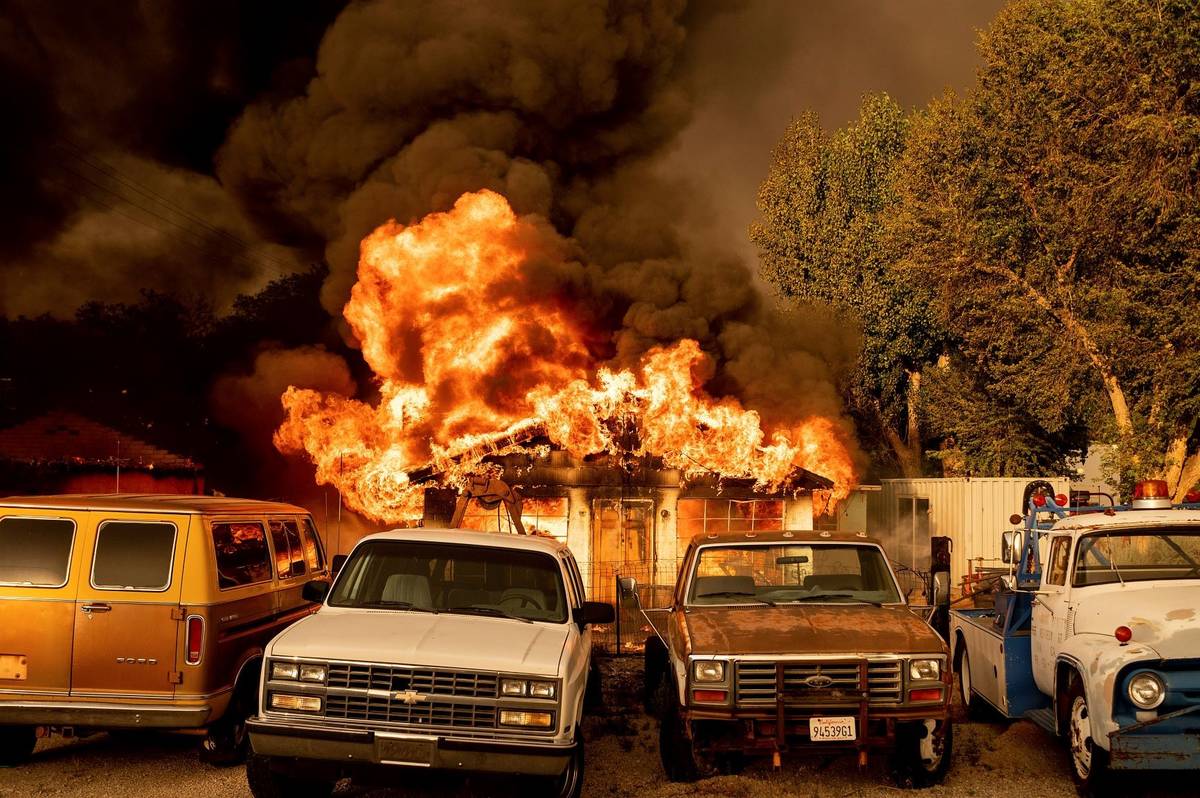 LOS ANGELES — Dozens of wildfires burned across the torrid U.S. West on Monday, but fire agencies reported some progress in corralling the flames and forecasters predicted a gradual decrease in extreme temperatures.

The fires have forced evacuations in numerous areas with scattered homes and tiny communities where some burned houses and other structures have been observed, but total losses were still being tallied.

The fires erupted as the West was in the grip of the second bout of dangerously high temperatures in just a few weeks. And a climate change-fueled megadrought is making conditions that lead to fire even more dangerous, scientists say.

The National Weather Service said, however, that the heat wave appeared to have peaked in many areas.

The two largest fires were burning forests in northeastern California and southern Oregon, sending smoke across other states.

Evacuation orders and warnings were in effect for remote areas of California’s Lassen and Plumas counties and Nevada’s Washoe County. Some structures were destroyed over the weekend in Doyle, California, a town of about 600 residents.

“A damage assessment team has arrived to validate and assess reports of structures damaged or destroyed,” a forest statement said.

In Oregon, the Bootleg Fire covered 240 square miles in the Fremont-Winema National Forest, near the Klamath County town of Sprague River.

After doubling in size at least twice over the weekend, it grew only incrementally Sunday, a sign of some progress, said Rich Saalsaa, spokesman for the Oregon State Fire Marshal.

Seven homes and 43 outbuildings have been destroyed in an area on the south end of the blaze, Saalsaa said.

“Most of these places are not within a community per se. Maybe they’re the same postal zone. But it’s kind of scattered out there, very remote,” Saalsaa said.

Some 1,926 homes were within the current evacuation zone, he said, but he didn’t know how many people that includes.

Firefighters were contending with erratic winds, but temperatures were slightly lower.

In central Oregon, a wildfire that started Sunday near the resort town of Sisters doubled in size to 6.2 square miles.

The Bootleg Fire disrupted service on three transmission lines providing up to 5,500 megawatts of electricity to California, where the state’s grid operator asked for voluntary power conservation from 4 p.m. to 9 p.m. to ease the strain. The timing coincides with decreasing generation from solar facilities as night falls.

Elsewhere, a forest fire started during lightning storms in southeast Washington grew to 86 square miles. It was 20% contained Monday.

Another fire west of Winthrop closed the scenic North Cascades Highway, the most northern route through the Cascade Range. The road provides access to North Cascades National Park and the Ross Lake National Recreation Area.

In Idaho, Gov. Brad Little mobilized the National Guard to help fight twin lightning-sparked fires that have together charred nearly 24 square miles of dry timber in the remote, drought-stricken region.

A new fire broke out Sunday afternoon in the Sierra Nevada south of Yosemite National Park and by evening had exploded over more than 6 square miles, triggering evacuations in areas of two counties. The fire’s size, however, remained unchanged early Monday and was 5% contained. A highway that leads to Yosemite’s southern entrance remained open.

The July heat wave followed an unusual June siege of broiling temperatures in the West, and comes amid worsening drought conditions throughout the region.

Global warming has contributed to the megadrought and is making plants more prone to burning. Human-caused climate change and decades of fire suppression that increases fuel loads have aggravated fire conditions across the West, scientists say.