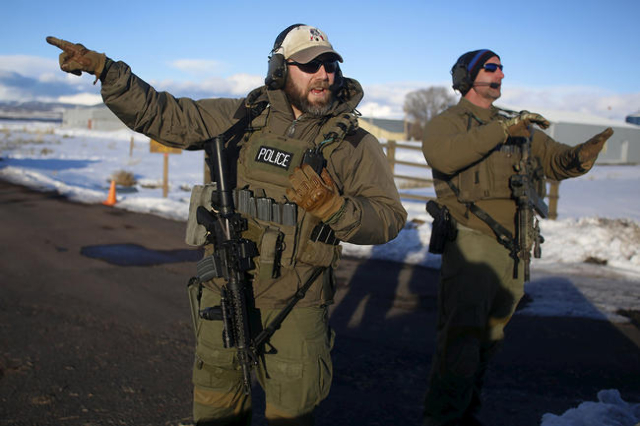 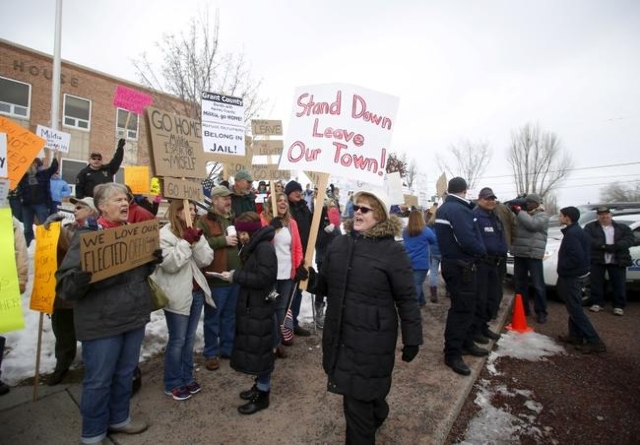 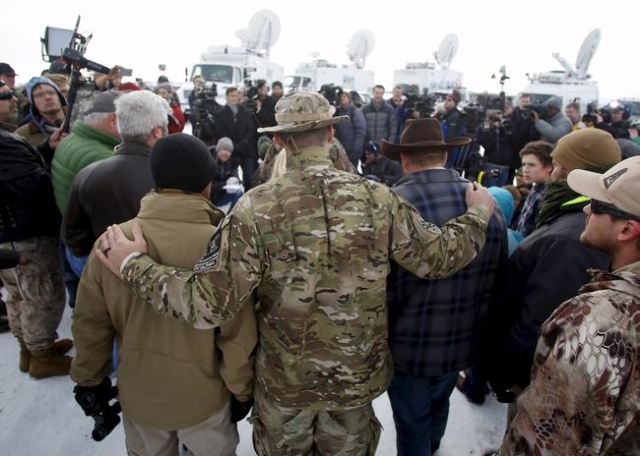 A militiaman embraces Ammon Bundy (2nd R) after Bundy spoke to the media at the Malheur National Wildlife Refuge near Burns, Oregon, in this January 4, 2016 file photo. REUTERS/Jim Urquhart/Files 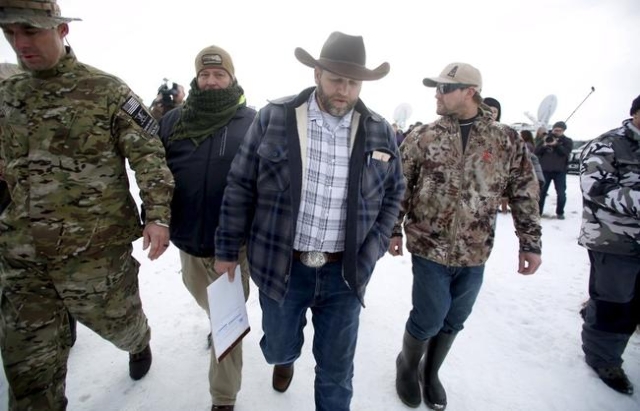 Ammon Bundy departs after addressing the media at the Malheur National Wildlife Refuge near Burns, Oregon, in this January 4, 2016 file photo. REUTERS/Jim Urquhart 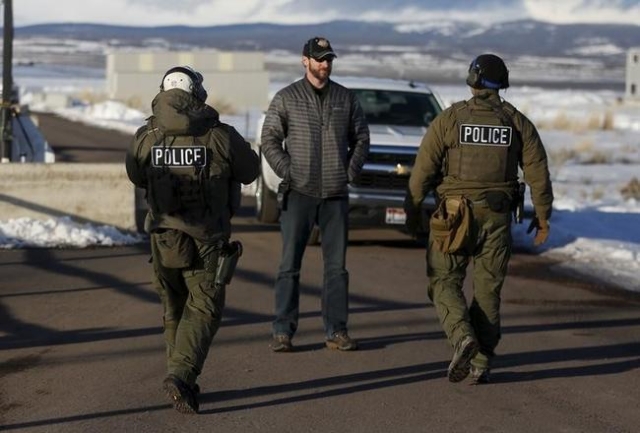 The revolution ended not in a hail of bullets but with a cookie and a smoke.

The FBI agents who had surrounded an Oregon wildlife refuge responded with “Hallelujah.”

With that, the 41-day standoff at the Malheur National Wildlife refuge started by Ammon and Ryan Bundy, sons of Bunkerville rancher Cliven Bundy, ended peacefully just before 11 a.m. Thursday.

Much as it had for nearly six weeks since the militia occupation of the refuge compound, the saga played out via YouTube live stream.

The FBI confirmed at 11:21 a.m. that the standoff was over, with the four remaining militia occupants in federal custody. All have been indicted on a charge of conspiracy to impede a federal officer.

The surrenders started about 9:30 a.m., as the holdouts started to give themselves up to the FBI, which Wednesday night had tightened the perimeter around the refuge headquarters. With the agents were evangelist Franklin Graham and Nevada Assemblywoman Michele Fiore, R-Las Vegas, who had volunteered to help negotiate.

First, Sean Anderson, holding the American flag with one hand and his wife Sandy’s hand with the other, peacefully walked out of the makeshift tent-compound the group had created. They were followed by Jeff Banta, from Elko.

And just as it appeared the occupation was finished, David Fry, of Blanchester, Ohio, wavered.

Over the live stream, Fry said he told the other three he had no intention of surrendering.

Over the next 90 minutes, Fry’s emotions ebbed and flowed as he expressed his fear of going to prison, his anger about abortion and the bombing of the Middle East. He told tens of thousands of listeners his views on the world.

Fry said he was suicidal; unafraid of death. He said he had a gun against his head.

“It’s better to die with honor than to live dishonorably,” Fry appeared to tell the FBI negotiators. “My life means nothing. I’m going to give you dirty hands because you guys deserve it.”

But things calmed just before 11 a.m. Fry began to speak more to negotiators and less to the live-stream hosts.

He told the FBI he had a request: If everyone said “Hallelujah,” he would come out peacefully.

“A cookie and one more cigarette,” Fry seemed to utter to himself.

He turned to the agents.

Several unidentified voices could be heard encouraging him on. The voices got louder. Just before Fry’s phone cut out for the final time, the sound of handcuffs clicking shut could be heard.