WASHINGTON — Mail piling up. Constant attacks from the president. Cuts to overtime as record numbers of ballots are expected to pass through post offices this fall.

The Postal Service already was facing questions over how it would handle the expected spike of mail-in ballots due to the coronavirus pandemic, but several operational changes imposed by its new leader have led to mail backlogs across the United States as rumors of additional cutbacks swirl, fueling worries about the November vote.

“It seems like they’re just trying to turn customers away from the post office,” said Jim Sizemore, president of the American Postal Workers Union chapter in the Cincinnati region. He said his offices are behind on deliveries because of new rules specifying when mail can go out.

The pandemic has forced states to expand voting by mail as a safe alternative to in-person polling places. Some states are opting to send ballots to voters or allowing people to use fear of the virus as a reason to cast an absentee ballot. That’s led to predictions of an an unprecedented amount of mail voting in the presidential election.

Trailing in the polls, President Donald Trump has been sowing public distrust in the Postal Service’s ability to adequately deliver ballots and has, without evidence, said allowing more people to vote by mail will result in rampant corruption.

The agency’s new leader, Postmaster General Louis DeJoy, a former supply-chain CEO and a major donor to Trump and other Republicans, has pushed cost-cutting measures to eliminate overtime pay and hold mail until the next day if postal distribution centers are running late.

DeJoy, 63, of North Carolina, was tapped to head the service by a Trump-appointed board of governors and started in June. He is the first postmaster general in nearly two decades who is not a career postal employee.

DeJoy has said repeatedly that the Postal Service is in a financially untenable position and needs to rein in expenses. This past week, it reported $2.2 billion in losses during the three months that ended in June.

Postal leaders want at least a $10 billion infusion from Congress as well as regulatory changes that would end a costly mandate that they fund in advance billions of dollars in retiree health benefits.

“Without dramatic change, there is no end in sight, and we face an impending liquidity crisis,” DeJoy told the Postal Service’s governing board Friday.

Memos from post office leadership, obtained by The Associated Press, detailed an elimination of overtime and a halting of late delivery trips that are sometimes needed to make sure deliveries arrive on time. One document said if distribution centers are running behind, “they will keep the mail for the next day.” Another said: “One aspect of these changes that may be difficult for employees is that — temporarily — we may see mail left behind or mail on the workroom floor or docks.”

Additional records obtained by AP outline upcoming reductions of hours at post offices, including closures during lunch and on Saturdays. Rumors have also circulated about the potential for entire offices to shutter, after the Postal Service told Sen. Joe Manchin, D-W.Va., that regional managers there have identified 12 offices for “feasibility studies.” Postal employees have been recently instructed not to talk to news media while on duty, according to another memo obtained by AP.

The changes have taken their toll on the Postal Service’s 630,000 employees.

“As they risk their health each day along with other front-line essential workers, letter carriers have become angry, frustrated and embarrassed by various USPS management initiatives that are now resulting in delayed mail and undelivered routes in many areas of the country,” said Fredric Rolando, president of the National Association of Letter Carriers, which represents nearly 300,000 carriers nationwide.

The new policies have angered lawmakers from both parties and drawn criticism from former President Barack Obama, who said the current administration is “undermining the Postal Service in an election that’s going to be dependent on mail-in ballots.”

DeJoy has been the target of multiple letters from members of Congress who have called on the postmaster general to rescind his measures and have complained about a lack of transparency from the agency. Eighty-four House members, including four Republicans, signed a letter that said it is “vital that the Postal Service does not reduce mail delivery hours, which could harm rural communities, seniors, small businesses and millions of Americans who rely on the mail for critical letters and packages.″

House Speaker Nancy Pelosi, D-Calif., and Senate Minority Leader Chuck Schumer, D-N.Y., had a closed-door meeting with DeJoy this past week to discuss the agency’s worsening performance and need for emergency funding. Schumer later described it as “a heated discussion.”

Pelosi and Schumer followed up with a letter to DeJoy that said the operational changes “threaten the timely delivery of mail — including medicines for seniors, paychecks for workers, and absentee ballots for voters — that is essential to millions of Americans.”

During a meeting Friday with the Postal Service governing board, DeJoy said the agency is not slowing down election mail and remains committed to fulfilling its role in elections. 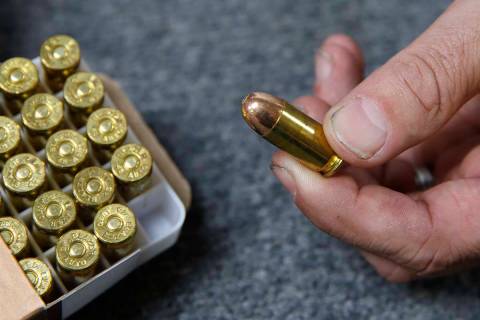 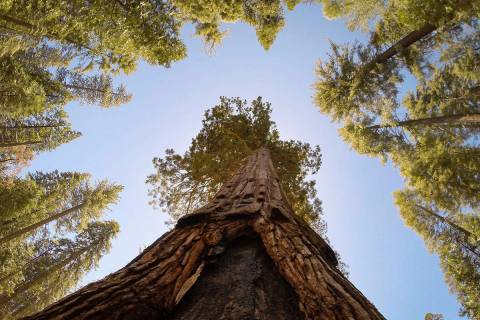 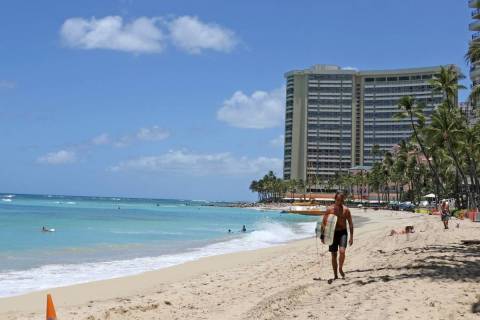 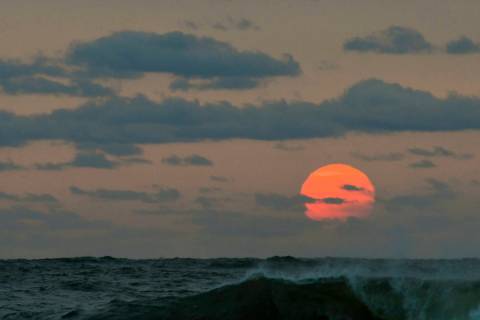 Smoke from wildfires in the western United States is stretching across the planet. Residents thousands of miles away in the East are seeing unusually hazy skies and remarkable sunsets. 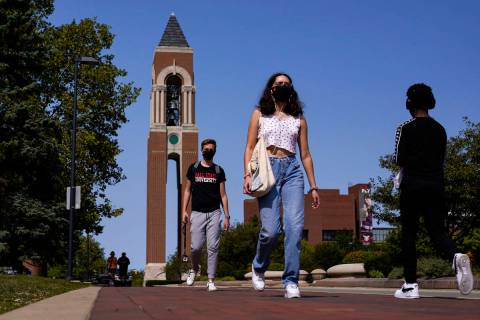 While universities have emerged as hot spots in nearly every state, many of the worst outbreaks have been scattered across the South and Midwest 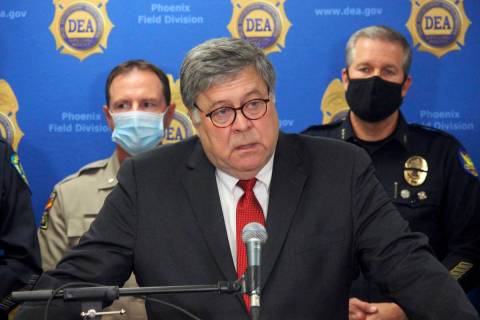 Federal push leads to 300 arrests after US protests
By Michael Balsamo, Alanna Durkin Richer and Colleen Long The Associated Press

In a private call with federal prosecutors across the country, Attorney General William Barr’s message was clear: aggressively go after demonstrators who cause violence. 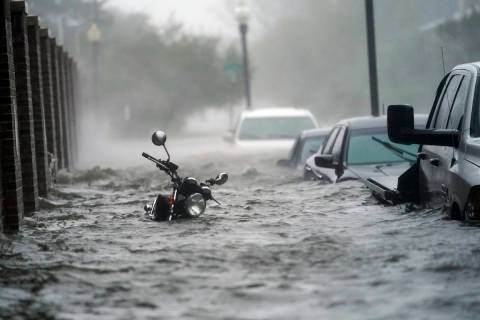 Hurricane Sally’s storm surge and torrential rain inundated a stretch of the Gulf Coast on Wednesday, damaging parked cars and prompting many calls for evacuations. 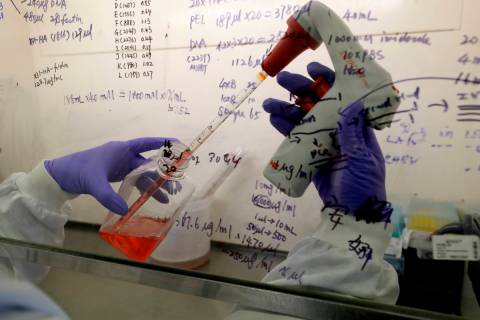 The federal government outlined a sweeping plan Wednesday to make vaccines for COVID-19 available for free to all Americans, assuming a safe and effective shot is established and widely accepted though polls show skepticism remains across America. 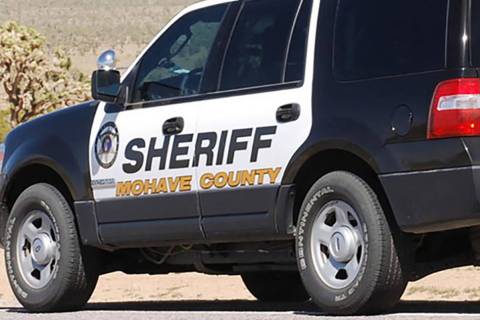 A woman rescued from the water this month at Lake Havasu has died, according to a Mohave County Sheriff’s Office news release. 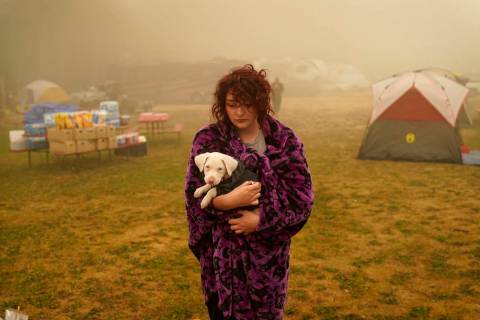 Nearly all the dozens of people reported missing after a devastating blaze in southern Oregon have been accounted for, authorities said over the weekend as crews battled wildfires that have killed at least 35 from California to Washington state.