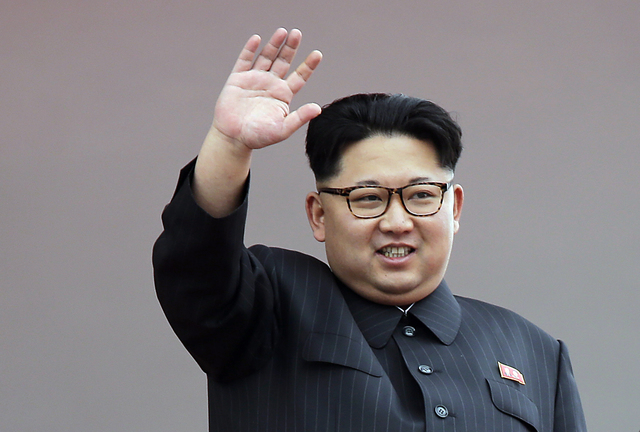 WASHINGTON — If North Korea has been a foreign policy headache for Barack Obama’s presidency, it threatens to be a migraine for his successor. The next president will likely contend with an adversary able to strike the continental U.S. with a nuclear weapon.

Whoever wins the White House in the Nov. 8 election is expected to conduct a review of North Korea policy. It’s too early to predict what that portends, but the North will grab more attention of the next president than it did for Obama, who adopted strategic patience: ramping up sanctions in a so-far fruitless effort to force the North to negotiate on denuclearization.

With surprising candor this week, National Intelligence director James Clapper said that persuading North Korea to give up its nuclear weapons is probably a “lost cause.” That appeared to challenge to a key tenet of U.S. policy shared by U.S. allies and adversaries alike that agree on the goal of the denuclearization of the divided Korean Peninsula, however distant it may be.

But Clapper was also channeling what many experts are thinking. Leader Kim Jong Un appears to see nuclear weapons as a guarantee of his own survival. Six-nation aid-for-disarmament talks have not convened since Obama took office in 2009, during which time the North’s capabilities have leapt ahead.

“Without a shift in U.S. strategy toward North Korea, the next U.S. president will likely be sitting in the Oval Office when the regime finally acquires the ability to strike the continental United States with a nuclear weapon,” said a recent Council on Foreign Relations report.

Speaking at the council in New York on Tuesday, Clapper said that North Korea has yet to test its KN-08 intercontinental ballistic missile, so it is unclear if it works, but the U.S. operates on the “worst-case” assumption that Pyongyang is potentially capable of launching a missile with a weapon on it that could reach Alaska and Hawaii.

Experts have estimated the missile, which can be moved by road, making it harder to target in a pre-emptive strike, could be operational by around 2020.

With five nuclear tests now under its belt, the North may already be able to miniaturize a warhead for use on a short-range missile, if not on an intercontinental missile. It has also launched two rockets into space, and has begun testing submarine-launched missiles. U.S. experts estimate that it now has 13 to 21 nuclear weapons, and could have as many as 100 by 2020 — approaching what India likely has today.

Clapper said the best hope for the U.S. is probably to negotiate a cap on the North’s nuclear capabilities. But that implies recognition of North Korea as a nuclear weapons state, which the U.S. has said it will not do.

“The dilemma for policymakers in dealing with North Korea is that if one accepts that the door to negotiation of denuclearization with North Korea is closed, the alternative set of options involves either acquiescence to a nuclear North Korea on the one hand or pressure leading to regime change on the other,” said Scott Snyder, senior fellow for Korea studies at the council.

Of the U.S. presidential candidates, Democrat Hillary Clinton wants the international community to intensify sanctions as the Obama administration did with Iran, which eventually opened the way for a deal to contain its nuclear program.

Divining what Republican Donald Trump might do is tricky. He wants the U.S. to leverage its trade ties to get China to rein in its unpredictable ally. But he’s also said he’d be ready to meet Kim, and suggested detaching the U.S. from the problem by allowing its allies Japan and South Korea to get nuclear weapons.

“I think the best course would be to test the proposition by some serious engagement in which we see whether their (North Korea’s) legitimate security concerns can be met,” said Robert Gallucci, who negotiated a 1994 disarmament agreement that curbed North Korea’s nuclear program for nearly 10 years.

He added that the concerns of neighboring South Korea and Japan — they face the most immediate threat from Pyongyang — would also have to be met.

“We don’t know for sure that negotiations will work, but what I can say with some confidence is that pressure without negotiations won’t work, which is the track we are on right now,” said another participant, Leon Sigal from the New York-based Social Science Research Council.

But there is a deep, bipartisan skepticism in Washington about talks with Pyongyang, which has recanted on past accords and says it will never give up its nuclear weapons. It claims it needs nukes to deter an invasion by the U.S., which has 28,500 troops in South Korea.

Still, North Korea has not entirely closed the door to talks.

A July government statement suggested it remained open to discussions on denuclearization of the peninsula. The U.S., however, slapped sanctions on Kim the same day for human rights abuses. The North said that was tantamount to declaring war.