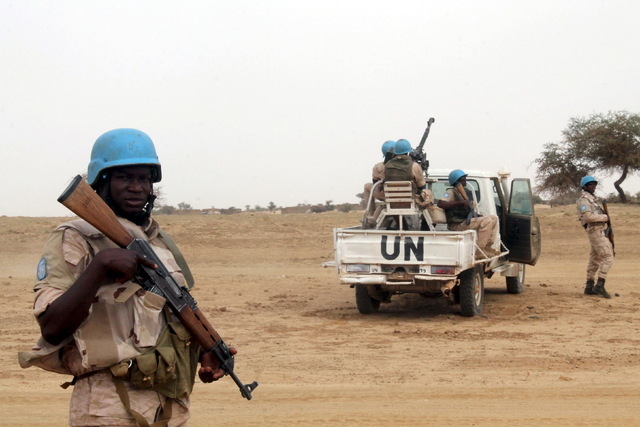 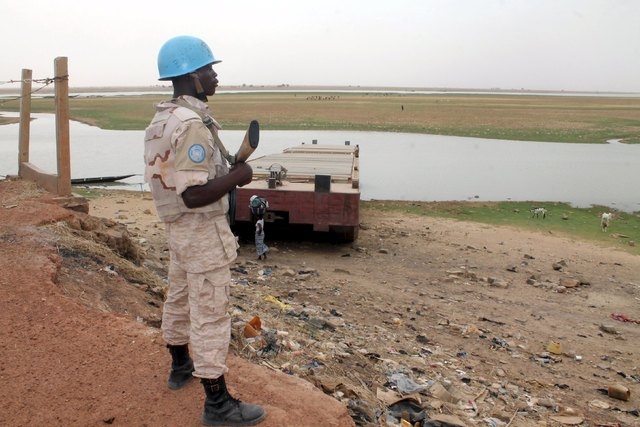 A UN peacekeeper stands guard in the northern town of Kouroume, Mali May 13, 2015. Kourome is 18 km (11 miles) south of Timbuktu. (REUTERS/Adama Diarra) 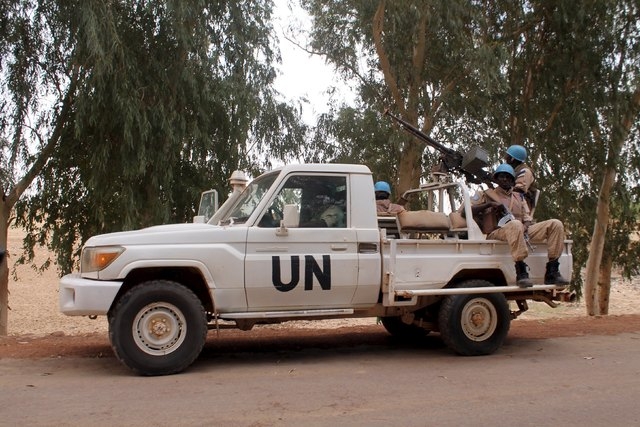 UN peacekeepers patrol in the northern town of Kouroume, Mali May 13, 2015. Kourome is 18 km (11 miles) south of Timbuktu. (REUTERS/Adama Diarra) 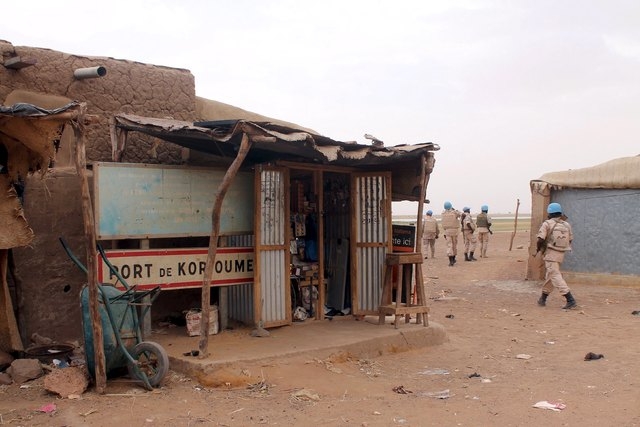 UN peacekeepers patrol on foot in the northern town of Kouroume, Mali May 13, 2015. Kourome is 18 km (11 miles) south of Timbuktu. (REUTERS/Adama Diarra)

UNITED NATIONS — United Nations peacekeepers commonly pay for sex with cash, dresses, jewelry, perfume, cell phones and other items, despite a ban on such relationships with people the world body is trying to help, a draft U.N. report concluded.

The draft study by the U.N. Office of Internal Oversight Services (OIOS), obtained by Reuters on Wednesday, said surveys of hundreds of women in Haiti and Liberia found their reasons for selling sex included hunger, poverty and lifestyle improvement.

The United Nations currently has more than 125,000 troops, police and civilians deployed in 16 operations around the world.

The OIOS draft report also noted that “the number of condoms distributed, along with the number of personnel undergoing voluntary counseling and confidential testing for HIV … suggest that sexual relationships between peacekeeping personnel and the local population may be routine.”

It said a U.N. bulletin issued in 2003 banned transactional sex by peacekeepers, in part because it undercuts the organization’s credibility in areas where it is serving.

The OIOS draft said 480 allegations of sexual exploitation and abuse had been made between 2008 and 2013, of which one-third involved children. It said missions in Democratic Republic of Congo, Liberia, Haiti and South Sudan accounted for the largest numbers of accusations.

In 2014 it said 51 allegations of sexual exploitation and abuse had been made against U.N. peacekeepers. States providing troops to U.N. missions have the primary responsibility to investigate allegations against their soldiers and police.

“Despite continuing reductions in reported allegations, that are partly explained by underreporting, effectiveness of enforcement against sexual exploitation and abuse is hindered by a complex architecture, prolonged delays, unknown and varying outcomes, and severely deficient victim assistance,” OIOS said.

The draft included a response by the U.N. Departments of Peacekeeping Operations and Field Support. They regretted that OIOS did not evaluate prevention efforts and only focused on enforcement and remedial assistance efforts.

“This would have provided a much more complete view of the measures taken by the departments to address sexual exploitation and abuse,” they said.

They did not dispute that underreporting was a concern, but noted there had been a significant increase in deployment of peacekeepers over the past decade and a large decrease in sexual exploitation and abuse allegations.

“This picture also supports an analysis that strengthened efforts … are having a positive impact,” they said.