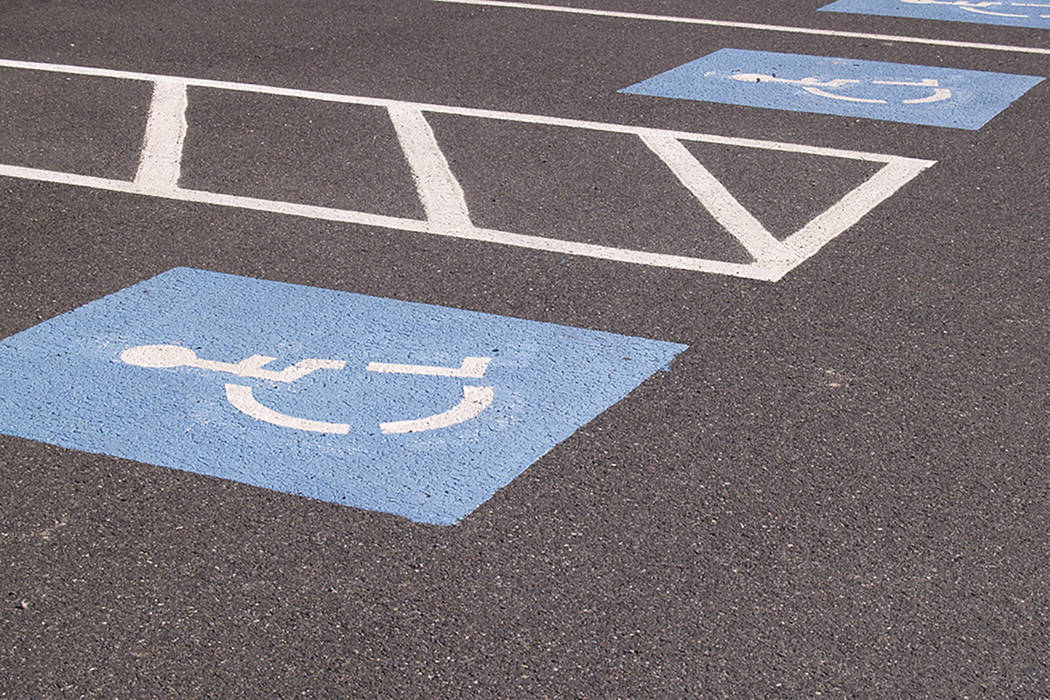 The Las Vegas party may be over for disabled plaintiff Kevin Zimmerman and his Las Vegas attorney, Whitney Wilcher, who filed 274 lawsuits this year claiming civil rights violations under the Americans with Disabilities Act.

The last case was filed May 20, and there were a flurry of settlements after I called Wilcher for comment about two weeks before my column on Zimmerman was published June 15.

Settlements sound nice, like a peaceful agreement. This was a little different. Cases were dropped if businesses agreed to pay Zimmerman. Specific sums I know about range from $3,900 up to $7,500.

Many cases involved situations such as a soap dish located too high. The handicapped parking was too far away. Aisles of a store were not wide enough by a few inches. Missing “van accessible” signs.

As of Wednesday, 74 cases have been settled, up from the 22 settled when I last wrote about this money-making scam.

Fighting, rather than settling

However, at least two have been settled without a dime being paid to Zimmerman and Wilcher.

The South Point filed a motion to dismiss, and apparently Wilcher was more interested in getting paid than actually going to court.

South Point attorney Barry Lieberman said in an email that the case was dismissed with prejudice Tuesday. “There was no payment of any kind from the South Point to anyone in connection with the dismissal. The South Point will always fight unjustified lawsuits and will never settle where it has a meritorious defense.”

His motion showed that Zimmerman, 39, suffered no damage because he was tracked gambling in the casino. He was not denied access, despite being in a wheelchair.

Port of Subs owner Bryan Martin also decided to fight rather than settle, and his attorney Cynthia Alexander said that case is also being dismissed with prejudice with no payments. Both sides are paying their own attorney fees.

Instead of making money, Zimmerman could be paying money.

Alexander represents more than a dozen of the Zimmerman cases, including franchises, a big box store and a gaming company. Martin’s is her first case to be dropped without a payoff.

When the lawsuits were filed, local attorneys held two schools of thought. Many national companies took the “pay and be done” approach, chalking it up to a business expense, while she and others said, “this isn’t right.”

She said there was an abrupt shift in the way Wilcher was handling the cases and credited my column along with actions occurring in Arizona.

Zimmerman’s 274 cases make him a piker compared with the 1,700 cases filed in Arizona by a group called Advocates for individuals with Disabilities.

Dave Biscobing, a reporter for ABC15, a Phoenix television station, did extensive work on the Arizona cases and apparently his reports sparked the interest of Arizona Attorney General Mark Brnovich as well as state legislators.

In February, a judge threw more than 1,000 of them out as frivolous.

Afterward, Brnovich said in a written statement, “Arizona is not going to tolerate serial litigators who try to shake down small hardworking businesses by exploiting the disability community.”

In April, Arizona Gov. Doug Ducey signed a bill that gives businesses 30 days to fix certain ADA issues before someone can file a lawsuit. It also allowed judges to fine lawyers and plaintiffs deemed unethical, according to the Arizona Republic.

Wilcher declined to comment or put me in touch with Zimmerman.

In June, before signing the nondisclosure agreement, Martin told me it cost him about $300 to fix ADA issues, which he did gladly. Zimmerman wanted $3,900 to drop the lawsuit.

Nevada lawmakers ought to look toward Arizona when they meet again in 2019.

Give businesses a short amount of time to fix legitimate ADA issues.

If they don’t fix them, then allow the lawsuits.

Except where’s the easy money to be made doing that?