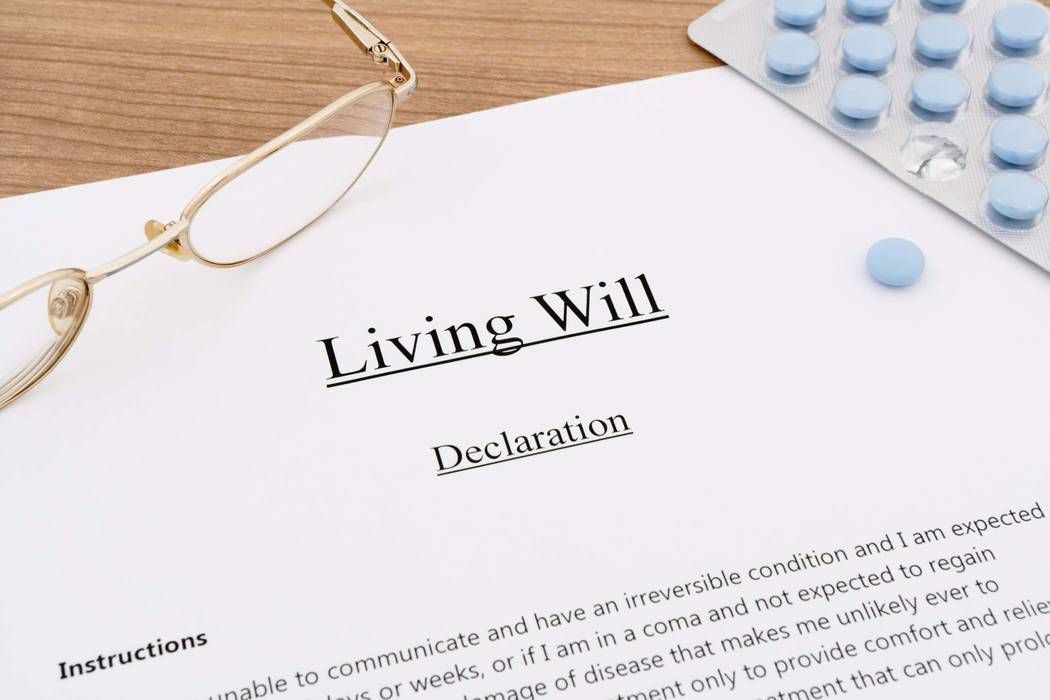 Nearly 10 years ago, I wrote about a new program started by then-Secretary of State Ross Miller — the Nevada Living Will Lockbox.

It was a place where I could store copies of significant documents such as an advanced directive, a durable power of attorney for health care or a do-not-resuscitate order. Or an order requesting life sustaining treatment, no matter what.

These aren’t the kinds of documents we carry on our person, so when ER docs ask questions, they need the answers and the documents.

The registry could be accessed by my medical providers with my permission or even without if I was incapacitated.

But plenty of folks have.

As of today, the Living Will Lockbox has 12,444 active registrants and 13,308 documents filed. And 74 providers are registered to have access to the lockbox. Providers include hospitals, nursing homes, hospices, medical practices, including medical schools, and healthcare providers.

Readers, do you know about it? Probably not.

“We talk about it as much as we can,” Secretary of State Barbara Cegavske said Wednesday.

Her office does outreach presentations at health fairs, chambers of commerce, hospitals, community centers and church groups, and takes the lockbox materials with them to every business outreach event, including her speaking engagements.

“The Living Will Lockbox is a tremendous resource available at no cost to individuals to make their wishes regarding healthcare decisions known in advance of a critical situation in which they may not be able to speak for themselves,” she said. “By establishing wishes, it relieves family members of making difficult decisions at a stressful time.”

Gail Anderson, the deputy secretary in Southern Nevada who is in charge of the program, calls the lockbox “the best-kept secret” in town, despite all the outreach efforts.

Cegavske can’t go on TV to make public service announcements because she’s running for re-election, and that would cause an ethics stink. She doesn’t have a big budget to advertise it.

But word gets out through estate planners and attorneys who work with seniors. And newspaper articles. And those brochures.

Many people (OK, me) may have the paperwork in a trust, but haven’t put it in the lockbox, figuring they’ll get to it later.

“We make filing as easy as possible – by way of mail or a secure fax which places the registration and the documents in line for processing. The registrant knows their filing has been processed when they receive their registration card,” Anderson explained in an email. The documents can be revoked or replaced.

The link for all the living will information and forms are at http://www.nvsos.gov/sos/online-services/living-will-lockbox.

I remember when Miller said the registry created by the 2007 Legislature via Assembly Bill 158 was up and running and I wrote about it, his grandmother asked why she had to read about it in the newspaper. She thought it was a smart idea.

Most people do. Either they’ve heard horror stories from friends about what happened at hospitals when another family member couldn’t find the directives, or the hospital couldn’t find a relative. Or they’ve witnessed the horror themselves.

Las Vegas is such a transient town that many important documents may be stashed in someone’s safe deposit box someplace else, which is of little help in the ER.

You can tell everyone you know what you want, but in cases of life or death, resuscitate or not, verbal words mean nothing.

Don’t want to use the lockbox? Also available is a locator service that provides the physical location of the documents, but not the contents.

This is all free.

No charge for peace of mind in today’s world? Now that’s a deal that beats a 2-for-1 coupon.

Don’t want to think about death and dying out of fear it might happen?

Folks, it’s going to happen. How about reducing suffering at the end of life?