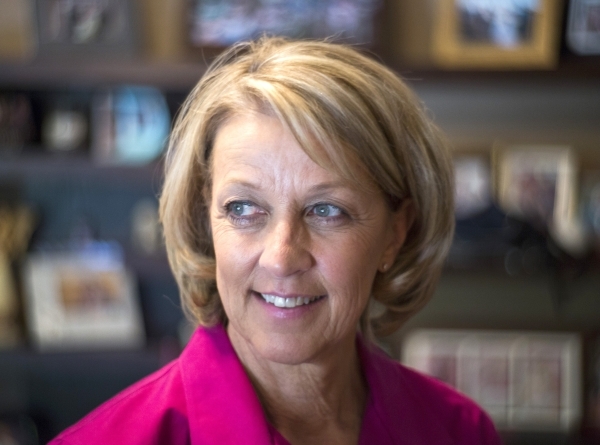 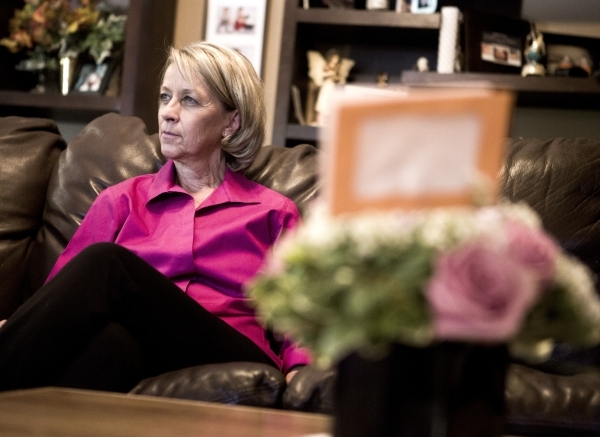 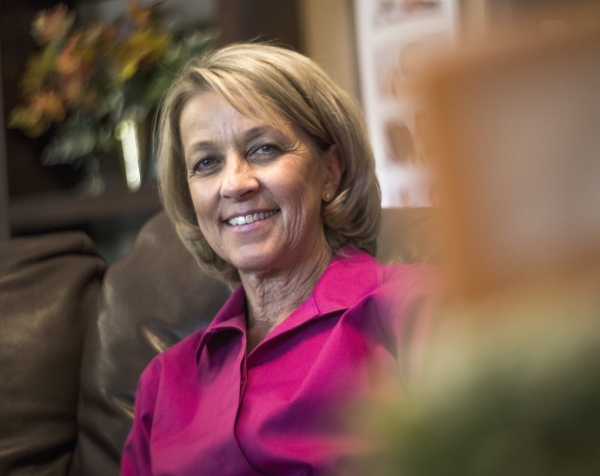 Secretary of State Barbara Cegavske didn’t have to go public with her recently diagnosed breast cancer. She’s not taking that much time off.

But on Friday she sat with me at her home and explained why it was important to speak out and why she decided to stay in Las Vegas for treatment instead of leaving the state.

“I want to make sure everyone checks themselves,” she said. “Be persistent and take responsibility for knowing your body. If you find something, be proactive.”

By speaking out about her own situation, she said, “If I can help just one woman, then it’s worth it.”

A couple of years ago, she found the lump on her breast during her regular self-check in the shower. The location of the lump, near her ribs, couldn’t be detected by a mammogram. Last year, it started to hurt when touched, so her internist ordered an MRI, followed by a biopsy.

“It came back positive,” Cegavske said. She had invasive ductal carsinoma, a slow-growing cancer.

Following that, she had a lumpectomy Sept. 8 to remove the pea-sized lump and nearby lymph nodes, which were not malignant.

“The cancer had not traveled,” she said, clearly relieved and grateful.

On Monday, she will start a five-day program of radiation at 9 a.m. and 3 p.m. Each session will last about 10 or 15 minutes. Instead of radiating the entire breast, she will have partial breast radiation for early-stage breast cancer — Stage 1, in her case.

“I’m so excited I can do it,” she said, one day after a device was inserted into her breast that will allow radiation seeds to go to the areas that need it while protecting other organs, especially the heart and lungs. After each treatment, the seeds are removed so no radiation remains in the body, according to the manufacturer of the applicator, Cianna Medical.

Cegavske, 64, expects to rest next week because the main side effect is “you’re really tired.” She’ll work from home using conference calls. Pain is not anticipated. After that, it’s back to work.

“My arm is sore, but I don’t feel sick. I feel grateful,” she said.

“I never once thought about leaving Nevada for treatment,” Cegavske said. “I’ve worked with doctors here for 18 years in the Legislature, I have faith in them.”

Cegavske, an anti-tax Republican, was one of the legislative leaders in the successful 2004 “Keep Our Doctors in Nevada” ballot initiative that set limits on damages in malpractice cases, including a $350,000 cap on non-economic damages. Doctors said they were leaving Nevada because of the high costs of medical liability insurance and wanted protection from high damages and limits on attorney fees.

Spotts said there was no need for Cegavske to leave the state for treatment, as have other elected officials.

“Believe me, we have everything here,” Spotts said.

That hasn’t been true in the past. The standing joke: Where do you go for medical treatment? McCarran Airport.

Jones told the New York Times she could easily have kept her breast cancer secret, but did not do so in part because she felt she could help educate people about the disease and the importance of the early detection. ”I’ve often said I could be the only governor candidate who could save women’s lives,” she said when she ran for governor in 1998.

Lisa Santwer, director of marketing and public relations at Comprehensive Cancer Centers, said,”There’s lots of hype about the need to go out-of-state for good cancer care, so it’s really great for someone like Barbara Cegavske to step out and say ‘there’s good care in Nevada.'”

Cegavske’s staff of about 130 was informed after we met at her Las Vegas home. Some had already known, and one staffer said she’s noticed a difference in her own breast, but had put off seeing a doctor. Now she will be proactive, as Cegavske is urging everyone to be.

Cegavske knows she’s helped at least one woman, and likely many more. She laughed that her job as secretary of state is one job people don’t understand, even though she’s the state’s third highest-ranking official, serving on boards with the governor and lieutenant governor. People may know that she oversees elections, but may not realize she has a securities division that investigates fraud, offices north and south, and business licences fall under her domaine.

Her family’s support, her general good health and her Methodist faith have all helped her as she seeks a cure.

“You can see I’m fine,” she said in her comfortable family room, flanked by countless family photos. “I am a survivor.”