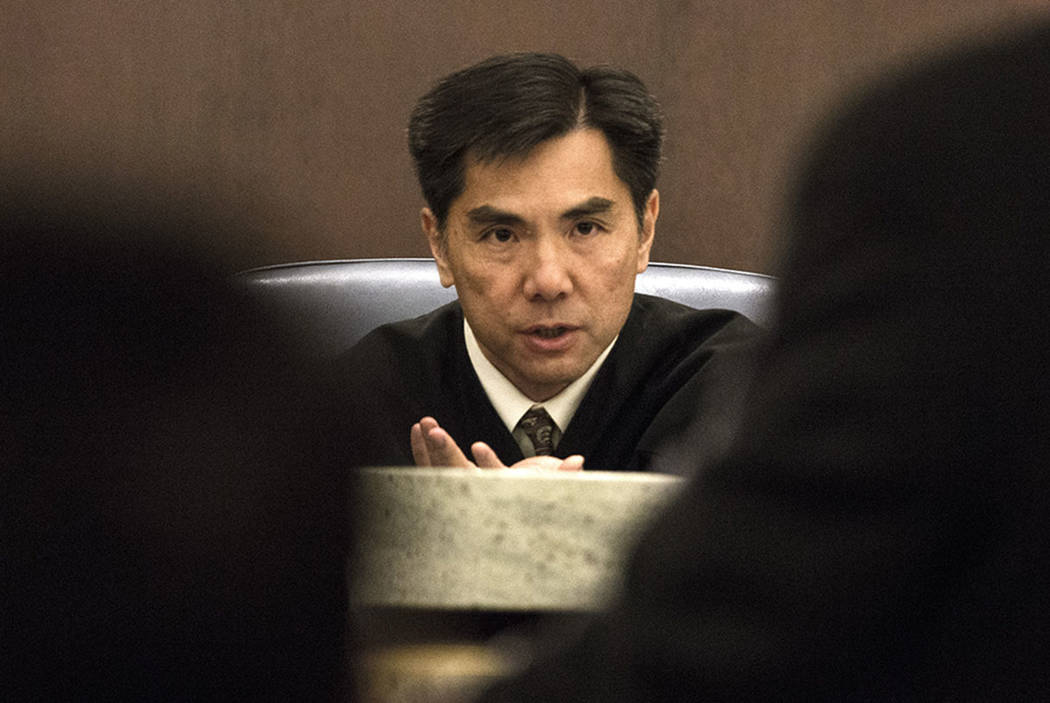 On Jan. 12, the last day to file for judicial office, Nevada Appellate Judge Jerome Tao dropped his Democratic registration and filed as a nonpartisan for an open Supreme Court seat based in Carson City.

Tao is running in a field of five, including two Republicans, so embracing a longtime Democrat seems an unusual choice for the attorney general.

Judicial races in Nevada are officially nonpartisan, but voters routinely want to know a candidate’s party registration. That’s why so many judges register as nonpartisan, as Tao did.

But suddenly, his campaign website and press releases have scrubbed Reid from Tao’s job history from January 1999 to June 2001.

When I asked why, Tao said he worked for Reid almost 20 years ago.

“I can’t trade on his name forever,” Tao said.

Meanwhile, Republicans are embracing Tao. Former GOP Lt. Gov. Lorraine Hunt Bono hosted a kickoff fundraiser in Las Vegas at her Bootlegger restaurant on March 15. She said she is supporting him because he is “highly intelligent and will do a good job.”

The other candidates in the race are two Republicans, Las Vegas attorney Alan Lefebvre and Lyon County District Judge Leon Aberasturi, and two Democrats, District Judge Elissa Cadish and John Rutledge, a long shot who ran for governor against Gov. Brian Sandoval in 2016.

The two with the most votes in June will advance to the November election.

This partisan aspect surfaced when I started hearing that Tao had gone to a Republican event as the guest of political consultant Robert Uitoven, who is working on Laxalt and Tao’s campaigns.

A story made the rounds that at an event Tao supposedly told someone, “I am a Republican and I will be the swing vote on the court.”

I talked to the Republican who said Tao made these comments to him, but he doesn’t want his name used or the location where the conversation occurred revealed.

“I was surprised for someone to be a lifelong Democrat to say he’s a Republican,” the source said.

He was so taken aback that he immediately told another Republican about it. From there the story spread.

Tao and Uithoven both deny that the judge said he was a Republican and would be the swing vote on the court.

Tao said it would be foolish to declare himself a Republican when party registration is public record. He and Uithoven, who said he was by Tao’s side introducing him to Republicans before the meeting began, denied that the judge had made the remarks that have been attributed to him.

Tao said he routinely explains to people how important the Nevada Supreme Court is and that there could be more turnover, possibly changing the makeup of the court.

The court almost never breaks down along party lines, but with four justices already leaning Republican, Tao couldn’t possibly be a swing vote for Republicans.

Laxalt also has endorsed Appellate Judge Abbi Silver for the Supreme Court, his spokesman said. But she didn’t need his endorsement. No one filed to run against her, so she’s a shoo-in.

Before 2000, judicial candidates could not even say what party they belonged to, even if asked. Today, if someone asks, they can answer, but they can’t campaign on belonging to a party.

If Tao had declared that he is a Republican without being asked, the statement not only would have been false but also would have violated the Judicial Canon of Ethics.

Contacted Thursday and told of the denials by Tao and Uithoven, the GOP source said he sticks by what he said in our first conversation, that without being asked, Tao said he is a Republican and he’d be the swing vote.

I don’t care what party anyone belongs to, and I think judges who register as nonpartisans are smart. But the truth is voters want to know. It gives voters some idea of whether the candidates are in line with their views.

But with Tao, it’s hard to know. With Laxalt endorsing him and Hunt Bono holding a fundraiser for him, has he turned away from the days he wrote speeches for Reid? Have his values changed?

Democrats may feel conned by him and vote for Cadish, who makes no bones about the party she favors, posting frequent photos of herself at Democratic events on social media.

You may not like what she stands for, but she stands for something, just like staunch Republican Lefebvre, who is probably her polar opposite. You don’t have to wonder where they stand.