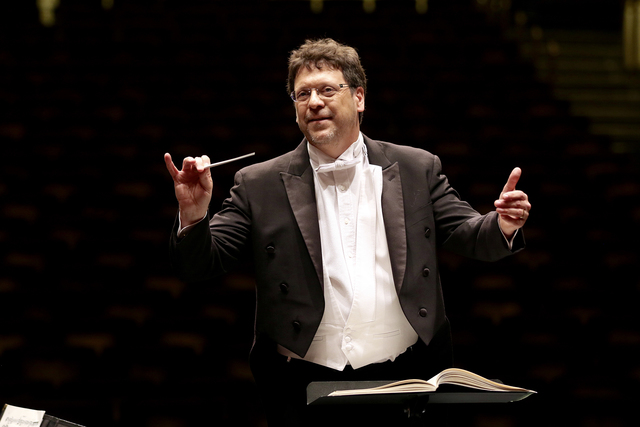 I attended my first symphony when I was in college, and at the end of the first movement, my friend and I applauded enthusiastically. Turns out, we were among the few in the audience who were clueless that you weren’t supposed to applaud after movements.

I never did that again.

But when I attended my first Las Vegas Philharmonic concert Feb. 4, I was surprised that so many applauded after movements, the separate parts of a musical composition. This seemed like a serious music crowd. Didn’t they know better?

I decided to check in with Donato Cabrera, the Phil’s popular and respected conductor and music director, who has worked all over the world.

After all, it must annoy him.

“My advice is to clap whenever you are feeling the need to do so,” he said. “Going to a symphony concert has far too many rules, or perceived rules, that don’t need to be there.”

He explained to me that applause between movements was even expected in the days of Beethoven, Brahms and Tchaikovsky. Something else I didn’t know.

The rule of no applause during movements began in Germany about 1900, and even today the decision to applaud between movements differs from country to country and in the United States from region to region.

Traditionalists still don’t applaud then. But others do. And Cabrera, who began with the Phil in 2014 and whose contract was recently extended three years, is happy they do.

His advice to the traditionalists who sit silently between movements?

“My biggest piece of advice is if someone around you is clapping, rather than show your disapproval of them, at the next convenient moment, welcome them to the concert.”

He doesn’t approve of those who try to shush the clappers.

I’ve always counted the movements so I never embarrassed myself again, but Cabrera suggested watching his hand with the baton. “When I put my hand down, that’s the time to show your appreciation.”

Sometimes a piece of music, no matter how moving, practically demands silence. Like Verdi’s “Requiem.”

During the “Cabrera Conducts Dvořák” concert at The Smith Center for the Performing Arts, he waited for the applause to stop and then moved quickly between the next movements, not allowing the audience time to applaud.

Not every conductor is as welcoming of applause midway as Cabrera.

“Some traditionalists aren’t happy with the fact I encourage audiences to clap,” he said. “There is no norm. I’m fine with either.”

I’ll probably stick with what I’ve done for decades and wait for the end. But I’ll no longer think less of the person who is so delighted, they applaud between movements. I’ve never glared at anyone who did that, because I can remember my first time — and my mortification.